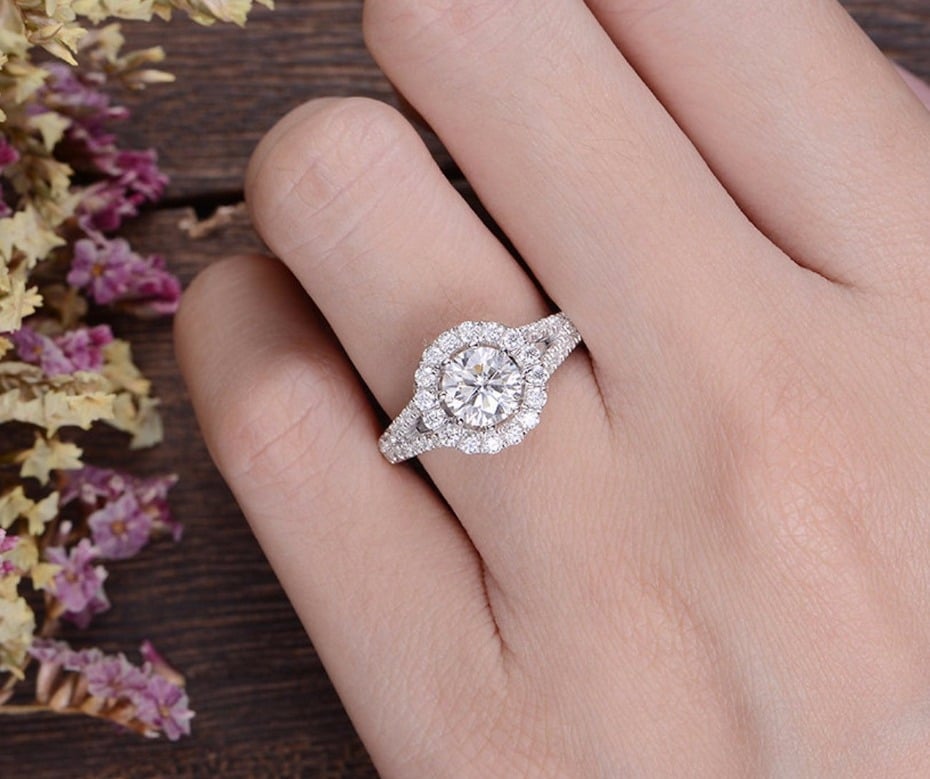 We write a lot of posts about engagement rings — if you’re a longtime reader, you’re well aware of that! The thing is, most of the time, we’re zeroing in on aesthetic trends: colored gemstones, interesting new metal bands, cool accenting stones. Today, though, we thought it’d be more fun to talk about the history of a gemstone that continues to grow in popularity: the moissanite. You’ve probably heard the name somewhere in your travels, but if you’re approaching that exciting relationship turning point (the engagement, of course), and you want to brush up on the most affordable and mind-blowingly beautiful options, you’ll definitely want to keep moissanites in mind. Thankfully, Flawless Moissanite gave us a refreshing crash course…

Because right away, we’re drawing comparisons to a diamond, and moissanites are a gemstone all on their own. Traditional mined diamonds are created from the compression of coal and minerals over hundreds of years, whereas the precious stone moissanite was originally found in miniscule fragments of meteorite (we’ll get more into that in a sec). While initially thought to be diamonds, scientists later discovered they were instead composed of silicon carbide. Moissanite is naturally more brilliant than diamonds and has more fire, so yes, while the gem looks remarkably similar, it actually out-sparkles diamonds. 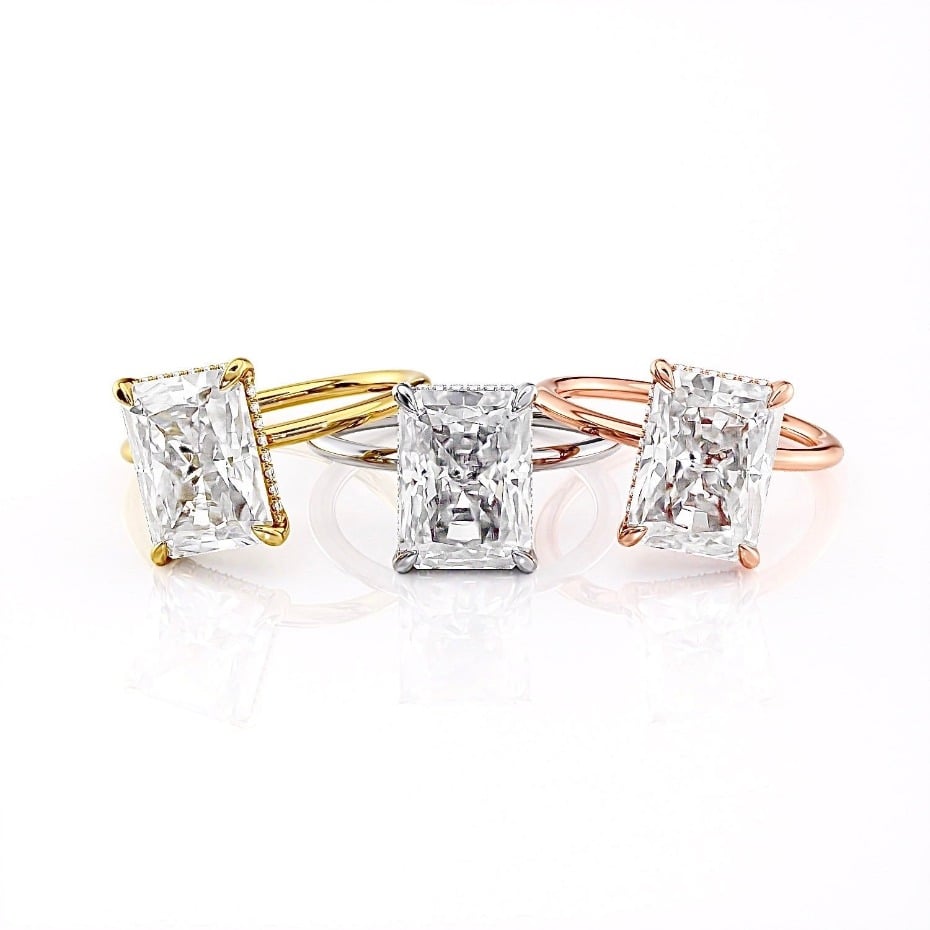 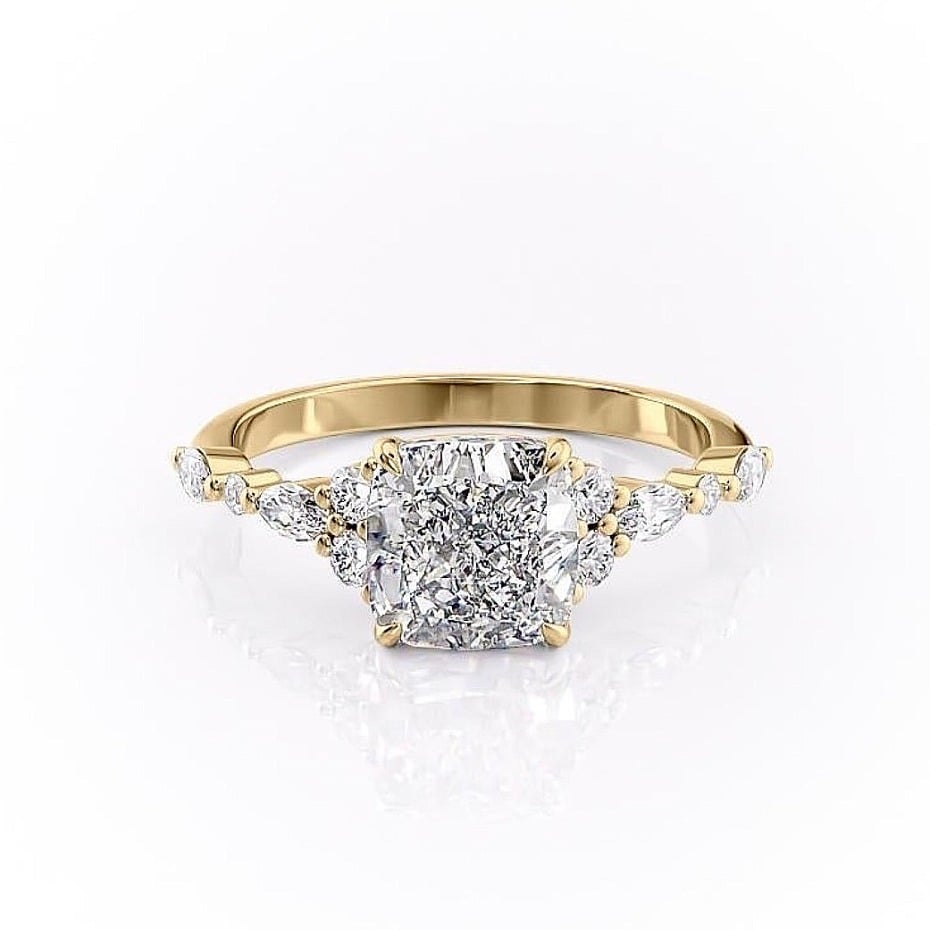 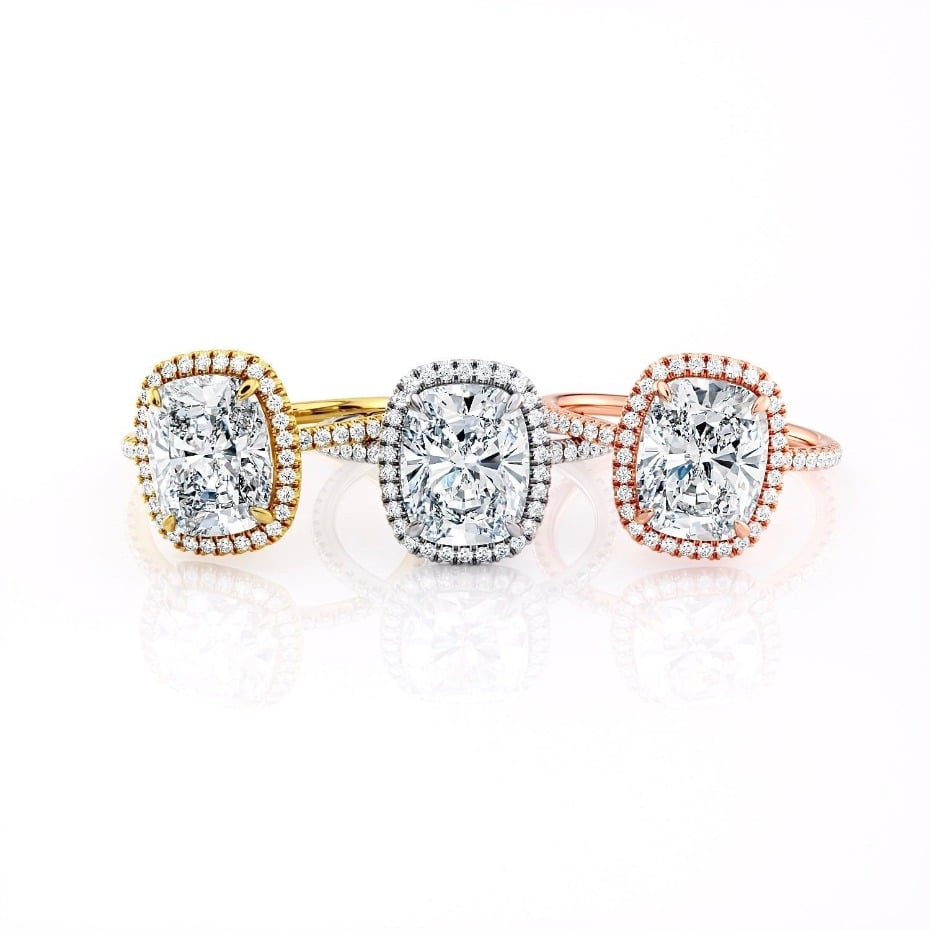 Moissanite was originally discovered in fragments of space-torn particles that fell to Earth during a meteor strike in Arizona. The gorgeous gemstone was first discovered by Henri Moissan, the French scientist the stone is named after. And though meteorites containing this gemstone are incredibly rare, scientists have developed a thermal growing process to create silicon carbide crystals — the magic that makes up the modern moissanite — in a lab. It takes two to three months to process a single gem, but how insanely cool is it that we can synthesize the same material that legitimately came to us from the stars over a century ago? 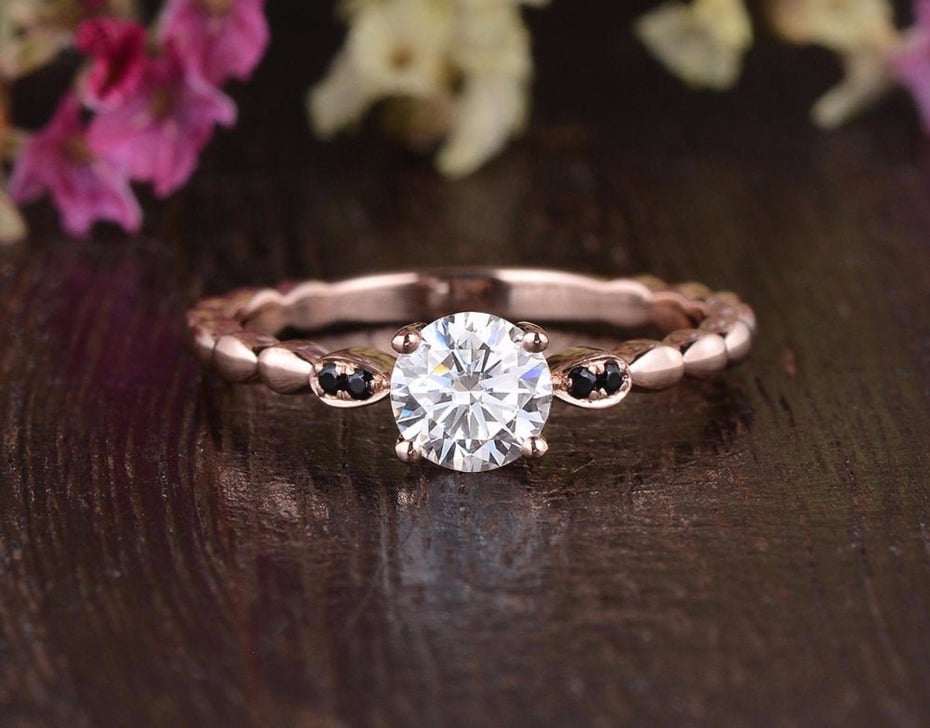 During the lab-creation process, too, specialists examine each individual stone in order to determine where its natural cuts lie, and then they use special cutting techniques to enhance its unique fire. Moissanite comes in two color grades: colorless and near-colorless (which has a slight icy blue tint), and if you’re in the market for a specific look, you can have it!! Moissanites are available in all the same cuts, settings, and configurations as diamonds.

The folks at Flawless Moissanite will listen and work closely with you throughout every stage of the design process to bring their (and your) bespoke jewelry design to life. Bespoke engagement rings are their specialty. The extensive experience they have in crafting one-of-a-kind rings that you and your partner will fall in love with is truly unmatched. 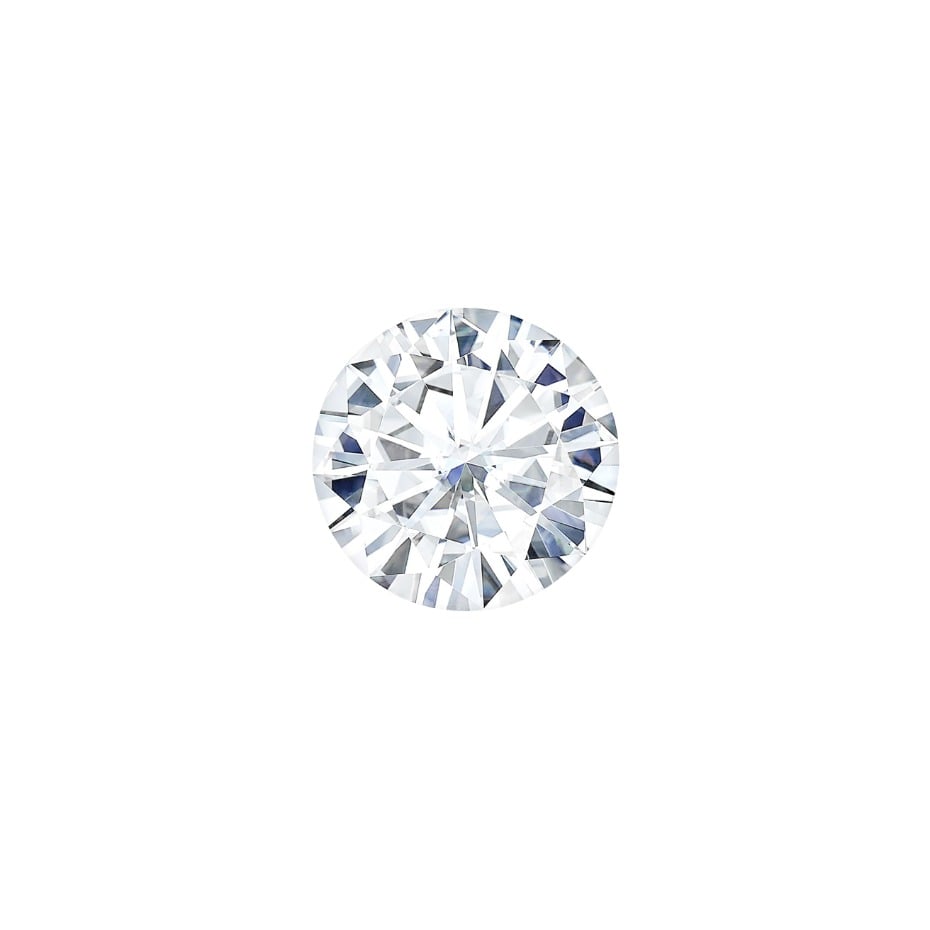 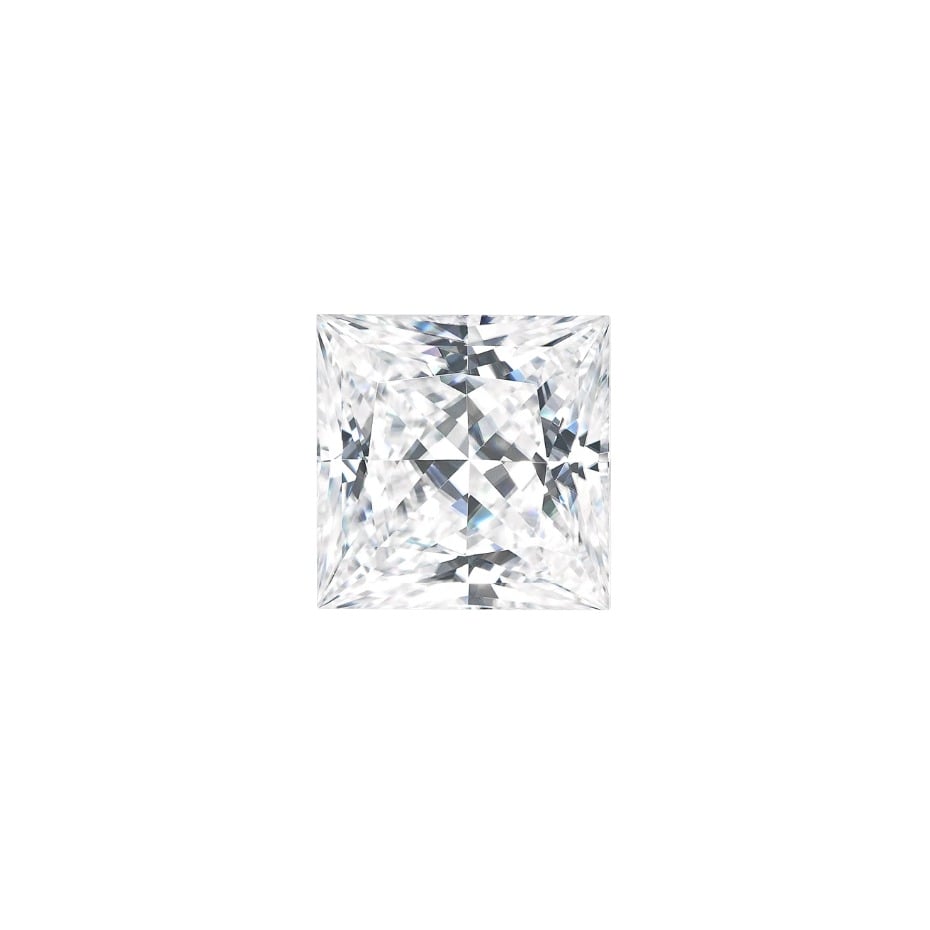 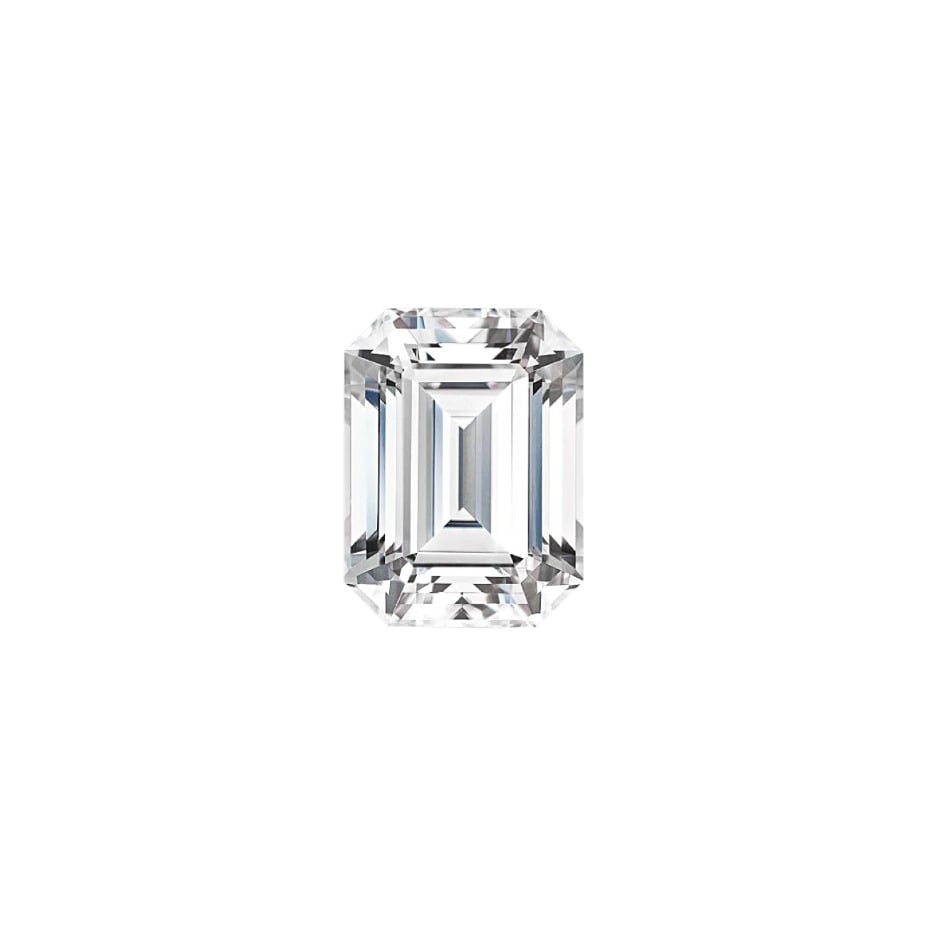 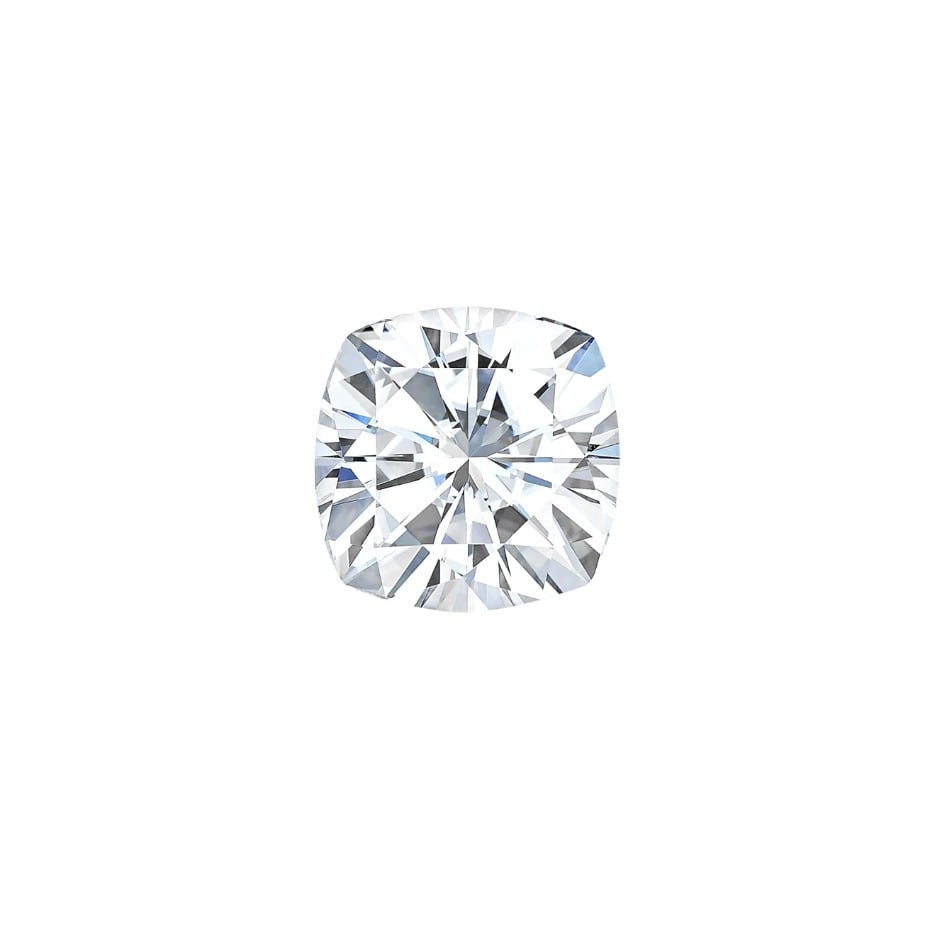 As is the sustainability and affordability of these brilliant stones

Since today’s moissanite is developed in a controlled environment, i.e. man-made in a laboratory, there’s no mining necessary. Creating these gems is not harmful to the earth and avoids any issues with conflict trade. Compared with natural gemstones, moissanite’s origins are both traceable and completely eco-friendly, so you can admire your beautiful new bling, and feel good knowing exactly where it comes from. Flawless Moissanite goes a few steps further to ensure peace of mind as all of their Gold products are made from recycled gold and with every purchase made, the brand donates 20 trees to the One Tree Planted cause. 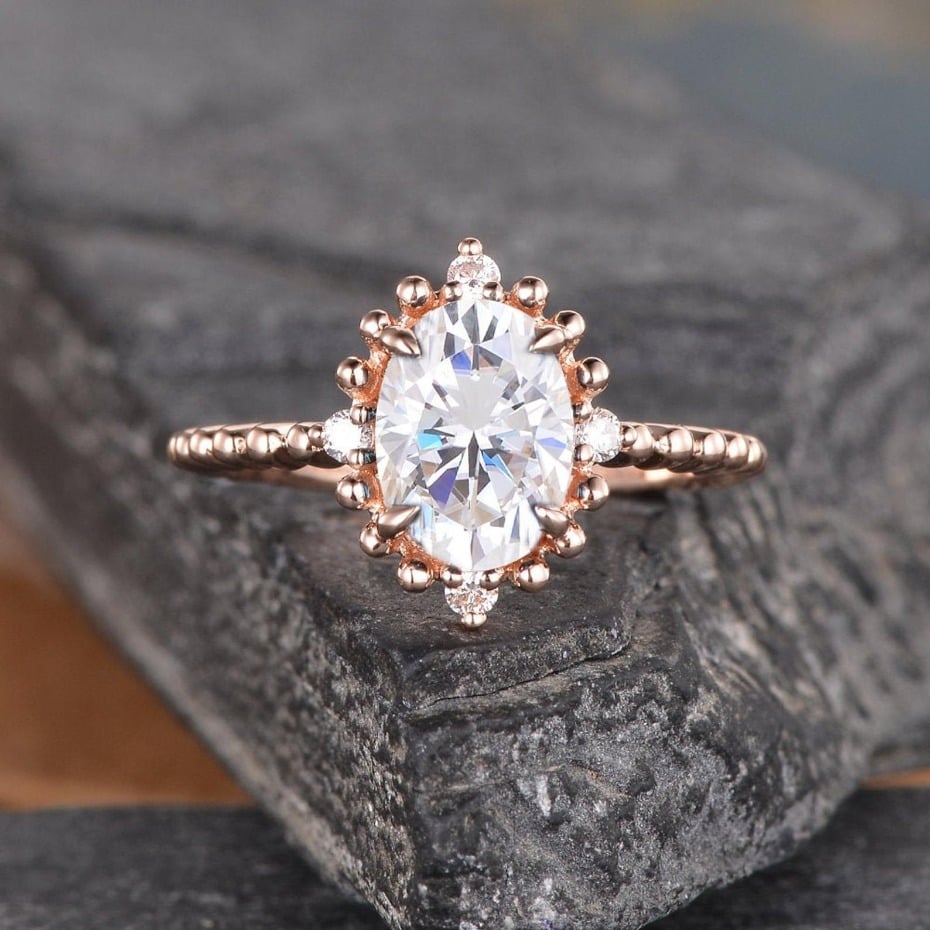 It’s not only a smart choice for the earth, either; it makes tremendous sense for your wallet, as well. While a diamond’s price varies based on cut, clarity, and other characteristics, moissanite’s cost usually varies only with size and color grade. The lab-created stones are more affordable than both mined and lab-grown diamonds, meaning you’ll save a significant amount on similarly-sized gems.

Check out Flawless Moissanite’s limited-time-only 50 percent off sale happening right now. And follow along on IG to see these gorgeous gemstones continuing to make history