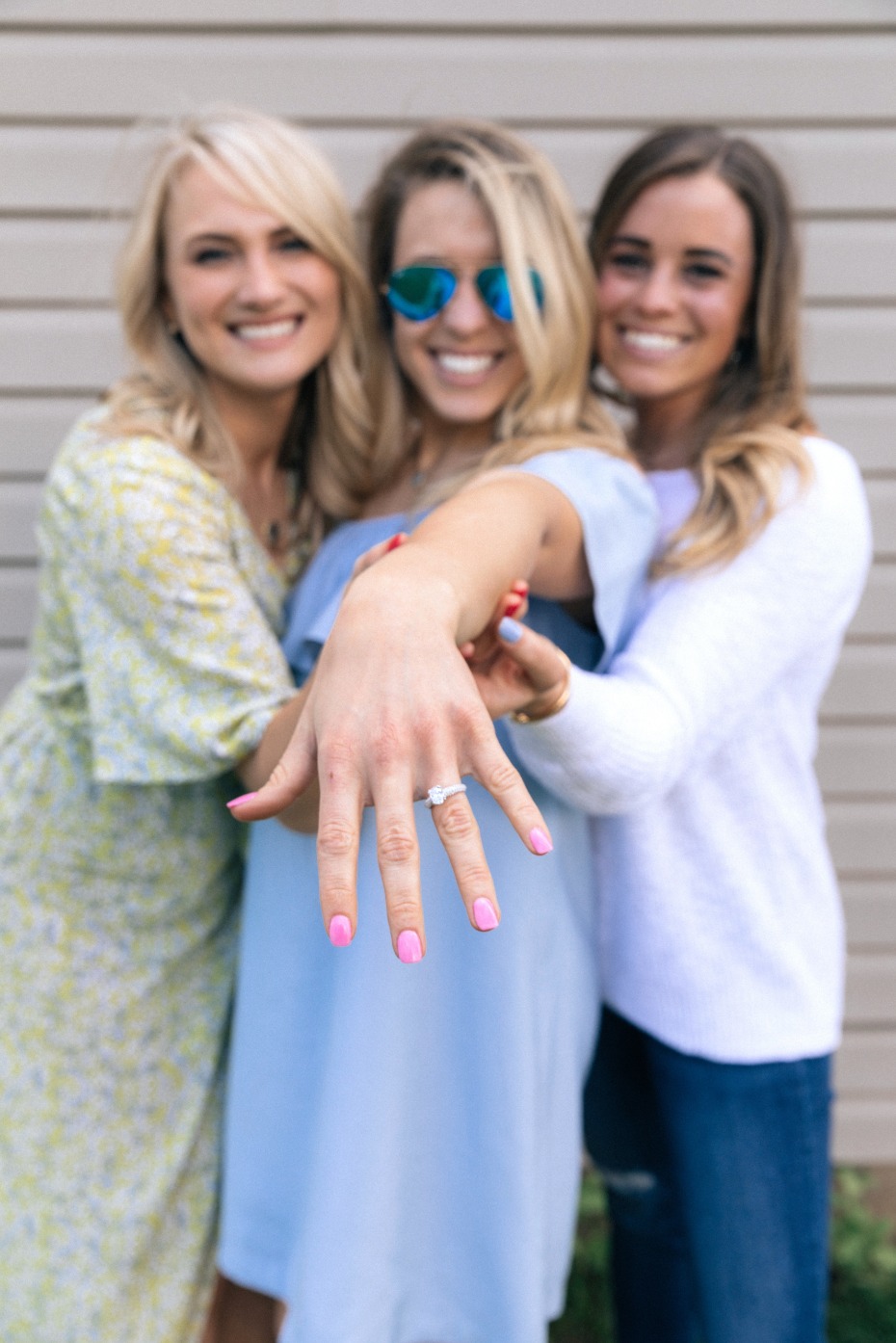 I had eight bridesmaids on my side of the wedding party, and all of them really rose to the occasion of being in my wedding. Truly they did. But it was a running joke, throughout my two-year engagement, that whenever one of them disagreed with me, suggested something that wasn’t ‘on-brand’ for my wedding ((ohhhh the boujiness)) or flat out pissed me off, I’d say ‘that’s it, you’re out of the wedding party.’ Seriously, my sister, the MOH, and my younger cousins were ‘kicked out’ about 15 times on my journey to the altar. It was all totally kidding, though 😉… no really, totally kidding, I could not have gotten married without them.

That being said, the inclination to want to nix a bridesmaid (or two, or three) is hardly foreign territory to brides. We’d venture to say that every bride has it in her to get salty enough to start issuing threats, but at the end of the day, it’s NOT A GOOD//HEALTHY WAY to deal with disappointment - no matter how bad or ‘barely there’ a bridesmaid seems to be. Don’t do it. Just don’t do it.

Earlier this week, JetBlue came to the aid of a woman who, for lack of better words, had a shitfit (understandably) after her bride friend sent her a very long, hardly passive-aggressive email basically ending her term as a bridesmaid. ICYMI, Courtney Duffy is a verrrrrry busy MBA student and a stressed AF friend who’s tried to juggle all those roles and responsibilities of being a best bridesmaid ever, all while adulting IRL. Well, apparently all her efforts have gotten her nowhere, because her bride, Alex, wants her wiped from the bridal party. And not just that, she wants her wiped, and replaced.

Essentially, Alex wanted Courtney to be part of the squad, she accepted the role, proudly, and then as time progressed, expectations got wonky (not saying the bride is totally at fault, but having such crazy high expectations for your bridal party usually ends in disappointment). Courtney booked her flights for the wedding weekend, and evidently let Alex know that she’d be seeing her soon, only to get an awkward email in return, that basically said ‘great to know you’re coming to the wedding, but actually, I don’t think you should be there as a bridesmaid.’ Courtney literally couldn’t even with this, so she took to Twitter to vent, swear off the wedding, and see how up for a refund JetBlue could be.

We know it’s Friday night, and you probs have way more exciting things to do, but here’s the whole email, as transcribed by Insider, you need to read it all for it to have the full effect:

I'm so glad to hear you booked flights! I'm sorry classes are taking such a long time to sort out. I know how hard you're working to be here for the wedding and it means so much to us!

I have a massive favor to ask you, though — and this is one of the hardest things I've ever had to ask anyone — but I need to ask you to relinquish your duties as a bridesmaid.

Come to the wedding, have a fabulous time, and travel in the time you need to without stressing about anything else!

When I asked you, I was really hoping that you could be a part of this whole thing — the bachelorette trip, at least the weekend, prep and the full night of the event (a Sunday night flight means you won't even be able to be there for the whole wedding)... the whirlwind nature of what your travel has become just won't work with the duties as a party member. I'm so, so sorry!!

Please don't feel you're letting me down, I am asking you to do this. I love you and value your friendship so much and I fully understand the need for you to prioritize school! I want you to be able to focus on that without also worrying about any extra wedding worries.

And I know this is incredibly awkward, but there is a possibility that I might be able to have someone else step into the role and assume the duties. Could you please mail the jumpsuit to me? I'll Venmo you the postage and the cost of the jumpsuit — just let me know the total.

I know everyone is looking forward to seeing you there! I know I am!

And if you'd like to chat on the phone, let me know! I promise we're totally cool!

All my love, Alex

Now, obvi we think both of these girls need some serious communication counsel. BUT, when you’re the bride, you kind of have to take the high road, and handle your shit before it gets ugly and painfully passive aggressive. Do not, under any circumstances, fire your bridesmaids, but if you’re having any major red flags, then consider some of these tips:

Chat with your friend EARLY on.

It goes without saying that you should consider all of your girl squad members’ circumstances (career, family/personal life, school, etc.) before asking them to be bridesmaids. But if you’re already past that, you just need to have a real talk with your girl before things get bad. Ask her if it’ll be too much of a task to be a bridesmaid, given her current life situation(s), and be transparent with her about your hopes and dreams for her as one of your ride or dies. Instead of just expecting all your girls to be at X, Y, and Z along your bridal journey, share with them what you’d like for them to be present at. And if you’re noticing that one or more of them is having issues (with costs, travel, non-flexibility), then at least offer to help, either by trying to offset costs or keeping events appropriately spaced out - to make things more accommodating for peoples’ schedules. If it means you have to have that one-on-one over a beer at your bachelorette party, then do it!!!!

Be super honest when you feel pushed to your breaking point.

Truthfully, so much of what transpired between Alex and Courtney seems to have been catalyst by lack of communication and the buildup of resentment on Alex’s part. As the bride, you have to take on responsibilities to your bridesmaids as much as you’d expect them to do for you. So, if you’re angry at a bridesmaid for missing your engagement party or not contributing to the group gift the tribe gave you at your shower, then tell her about it. Say that you feel hurt or disappointed, but assure her that you “love” her and “value your friendship so much,” so you’d never think to ask her to bail on her bridesmaid-ship. The worst thing you can do is let things that are bothering you fester. When you do, bitterness is bound to follow, and then bad things happen. Like malevolent emails veiled in hyper-apology to the point of ingenuousness.

Make adjustments to roles on the big day.

In this particular situation, Alex (the bride) wanted to oust Courtney because she presumably had to leave early from the wedding to catch a flight. And yes, that’s sad, of course it is - you want your whole bridal party there with you, partying from dusk till dawn. But if it means that one of your girls will just have to cut out a bit sooner than you’d like, that doesn’t make her totally ‘useless’ for the rest of the day. She wants to be there for the getting ready photos, she wants to help you get into your dress, she wants to stand up there with you and see you say ‘I Do.’ If she has to miss your first dance, oh well, make sure someone tapes it and then send it to her to take a look at while she’s waiting for her flight to board at the airport. If you had plans to have her be the one to make sure all of your wedding gifts/envelopes got back to you/your room at the end of the night, then give her something else to do (like team up with your MOH on all the things that need to happen on wedding eve). Someone needs to be in charge of those group snaps, so you can have something from the day to look at, in bed, at the end of it.

Use the rest of your crew to disseminate any discontent

So, this sounds kind of catty and passive aggressive in and of itself, but if you’re this close to closing the door on one of your friendships, then by all means, use whatever resources necessary to salvage things. Whether you like it or not, your crew is inevitably going to be chatting behind your back. Mostly about how much they love and want to shower you with ALL the things before you become Mrs. X, sometimes because you’re annoying the living hell out of them, and they need to plan a girls’ night out/in with lots and lots of wine just to forget who you are for a minute (LET THEM, BRIDEY, LET THEM). Use this social experiment / bonding+coping mechanism to your advantage. And if you know that they’ll all be hanging out soon, or at least chatting each other up through their group text/FB messenger/Google Hangouts, then try to filter some of your feelings through your conduits. It’s a little less threatening that way. AND likely to work in your favor, because no bridesmaid wants to feel like she’s the worst in the group/not pulling her weight. 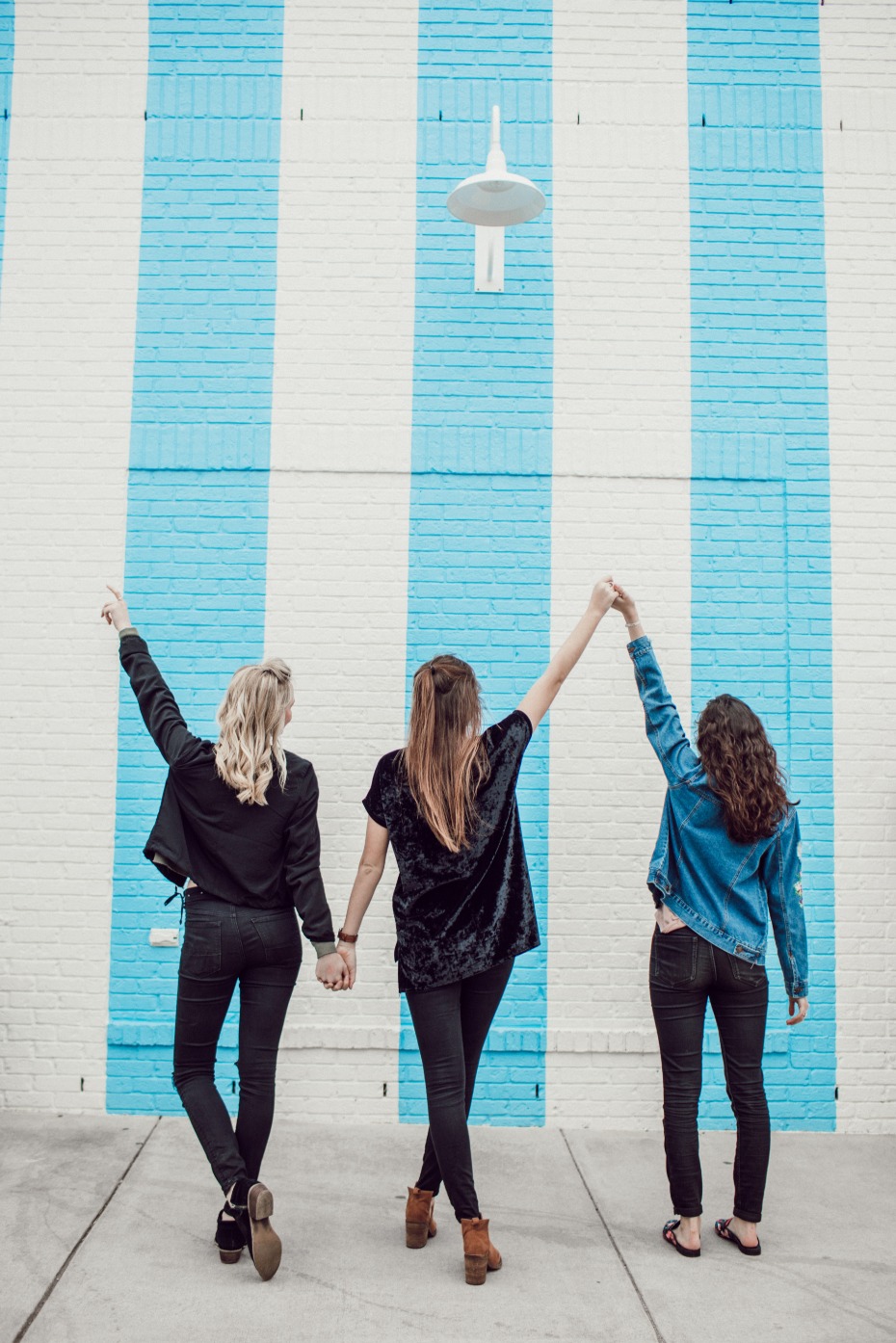 Listen, I’ve already said it 12 times in this post, every bride is entitled to those ‘OMG I HATE HER, I WANT HER OUT!’ feels, but acting on them is another story. When you ask a bridesmaid to step down, you’re basically telling her that she sucks, and that she didn’t live up to your standards of sisterhood. Not even kidding. It’s hurtful. When you then say that you want her bridesmaid badge revoked, and have another person ready in the wings to take it over, you’re really shouting out how expendable she is. 1) NEVER do it, because no matter how many times you say ‘we’re totally cool,’ you aren’t, and might not ever be again. And 2) What are you even saying to that stand-in bridesmaid? “Hi, one of my girls really blew, so I have a last-minute opening, and I’d love for you to stand beside me. Oh, and P.S. don’t worry, I have a jumpsuit in your size, so no need to Rent the Runway this sitch. I gotchuuuu.” No one will be up for that, we promise you.

And finally… never, ever, ever fire someone over email. If you can’t have a conversation in person, at least do it over the phone, Skype, Facetime, what have you. Brides and bridesmaids, we’re begging you, just be decent to each other. You’re all in this together, and no one needs to be hurt when LOVE is the biggest thing that brought y’all here.