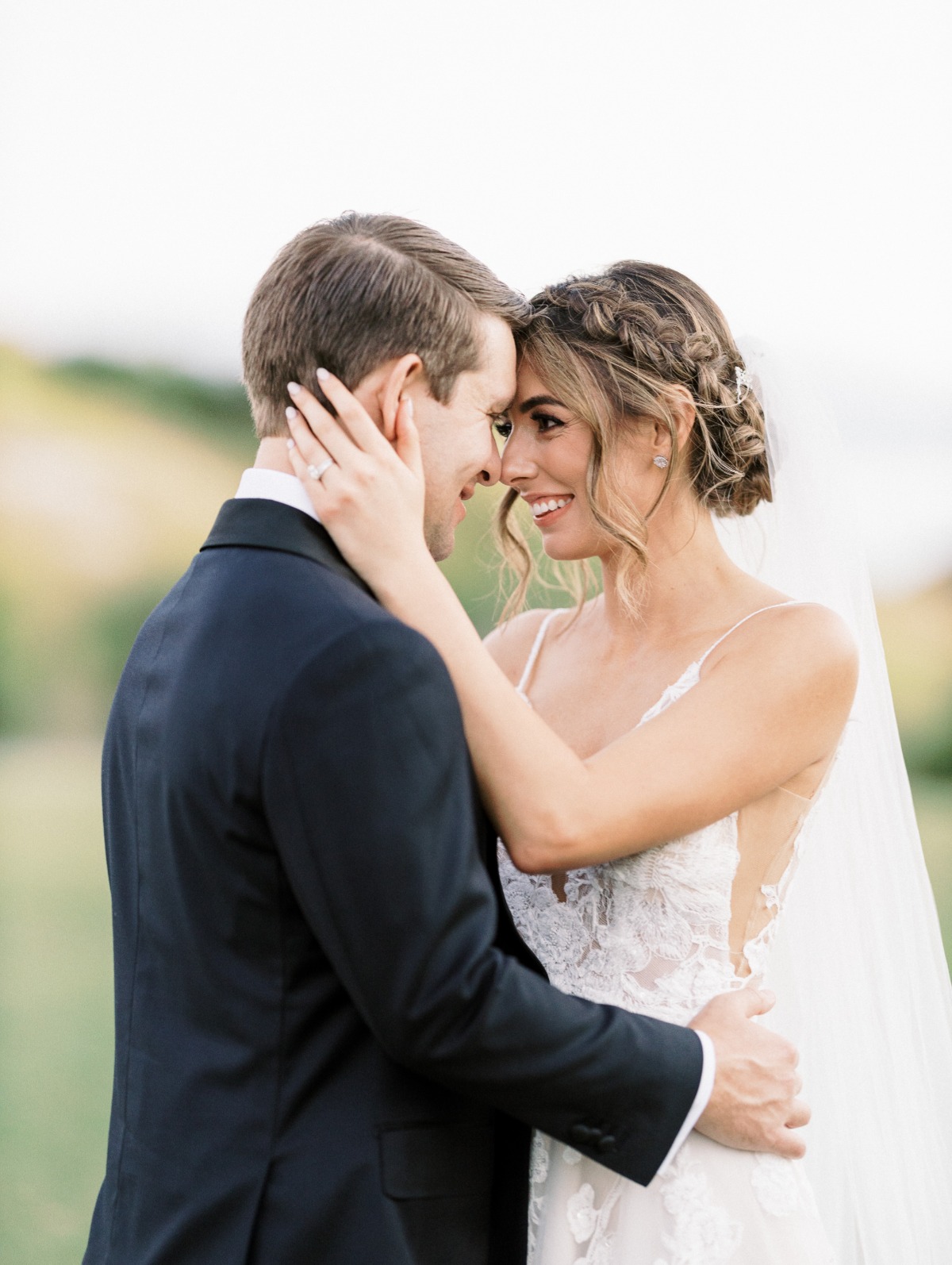 Florida is a big destination for weddings here in the US because of its steadfast grip on the summer season, which pretty much lasts year-round in most of the state. Because of that, most couples gravitate to South Florida and the beaches, but there is an entire part of Florida that goes mostly unseen–lush wetlands that run up the center of the state, with perfectly still waters and greenery that veers away from tropical and looks more woodland. These parts of Florida are perfect for the outdoorsy couple who still want nature but aren't necessarily leaning toward boho for their wedding design.

This couple decided on an outdoor wedding so that their guests could feel safe, and Streamsong Resort did not disappoint. Kristen Kachurak listened to the couple's concerns and desires and made sure that this beautiful wedding went off without a hitch. The florals by FH Events are out-of-this-world, from the asymmetrical floral ceremony arch to the levitating centerpiece! These photos by Ashley Demutiis capture the essence of the location and put the focus on all of the small, beautiful moments that add up to one unforgettable day and Movie Magic Productions was there to capture it all on video. To see more from this stunning wedding, check out the full gallery. Keep scrolling to read more from Ashley Demutiis. 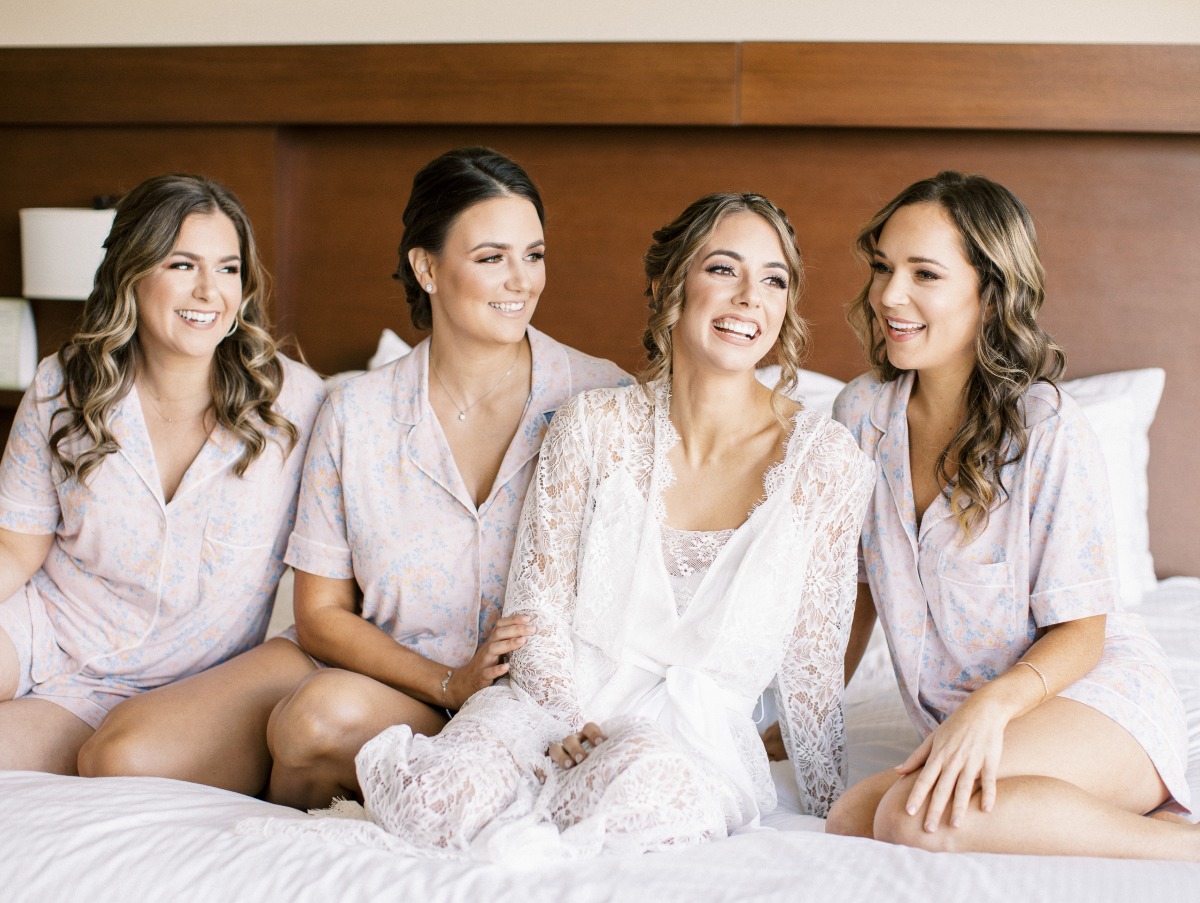 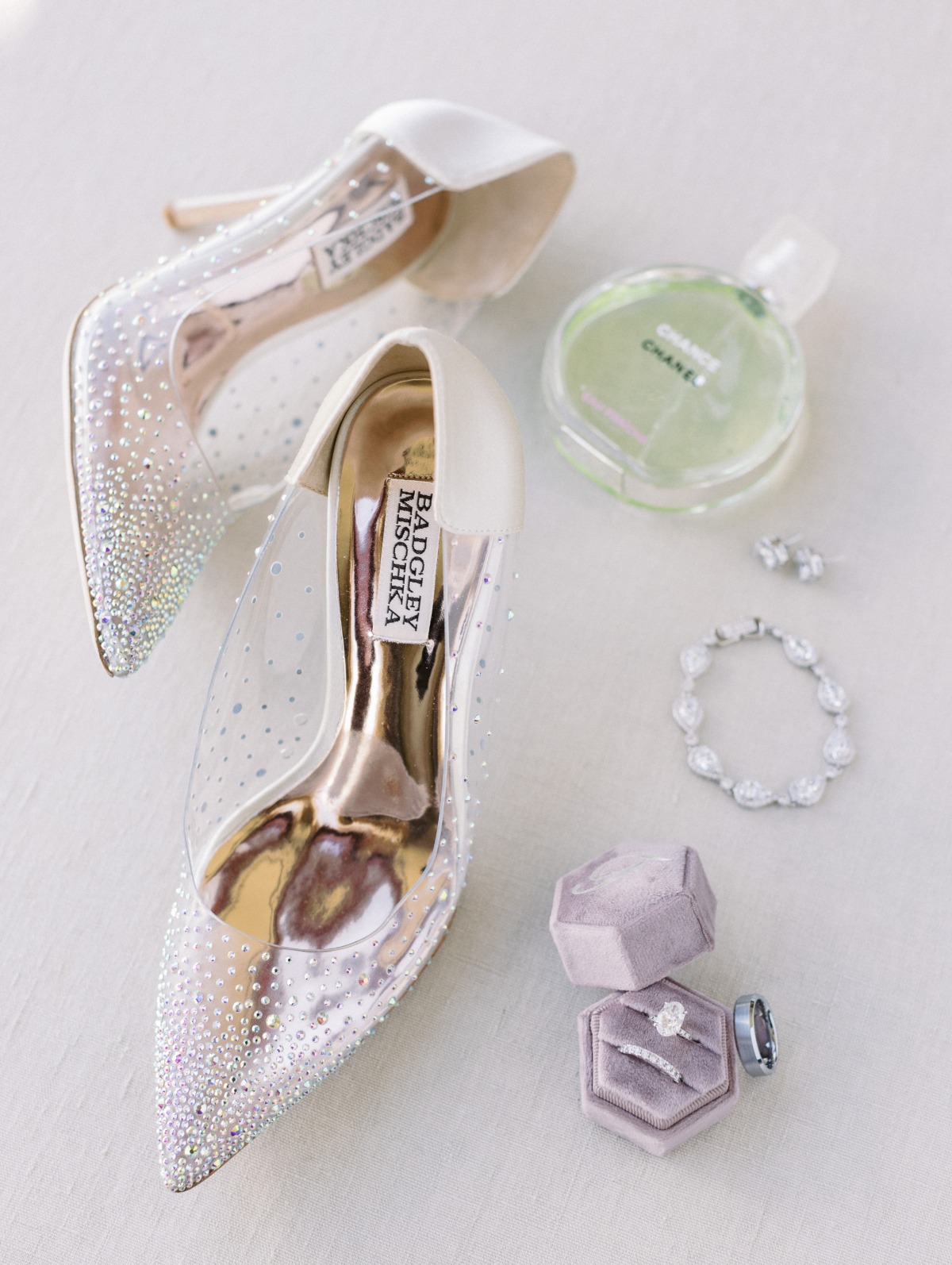 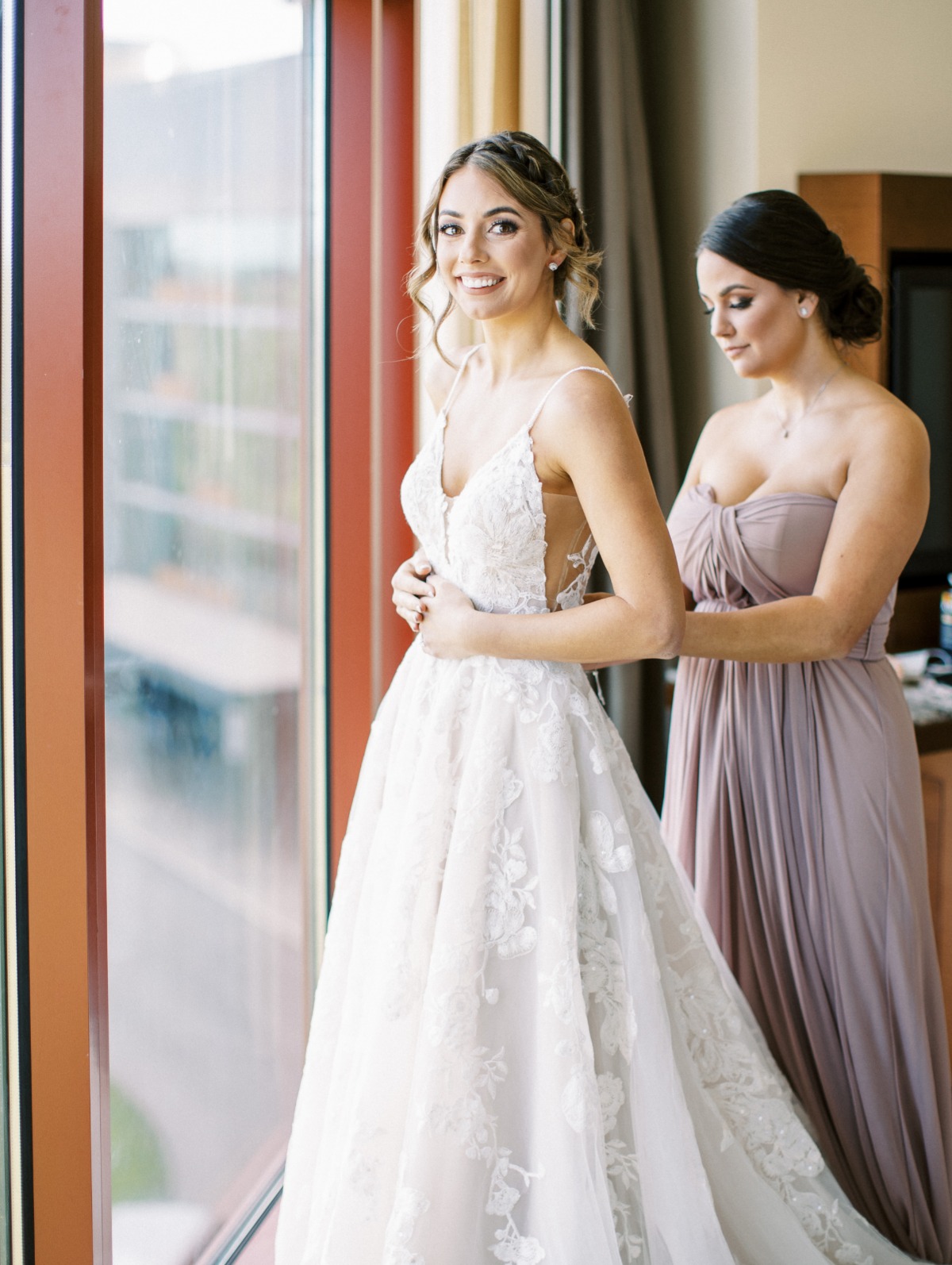 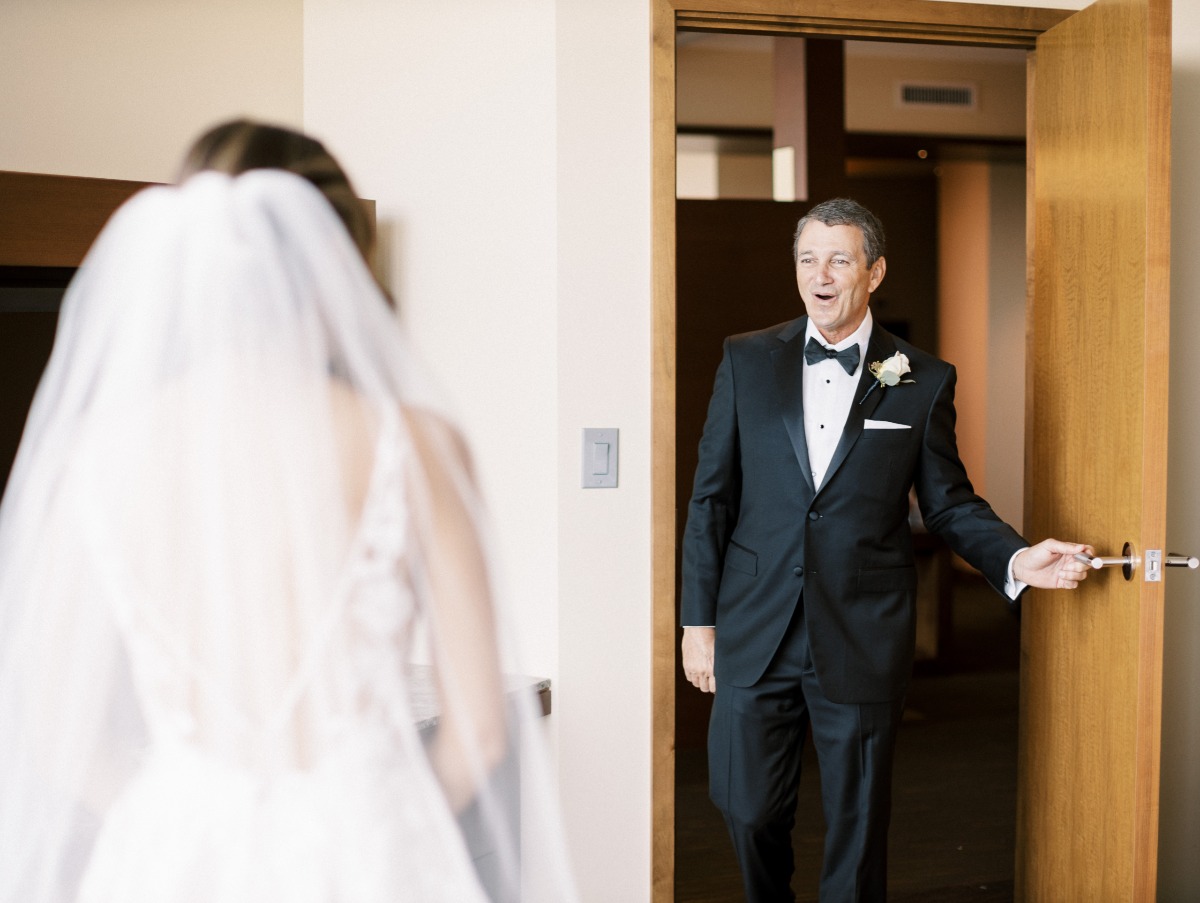 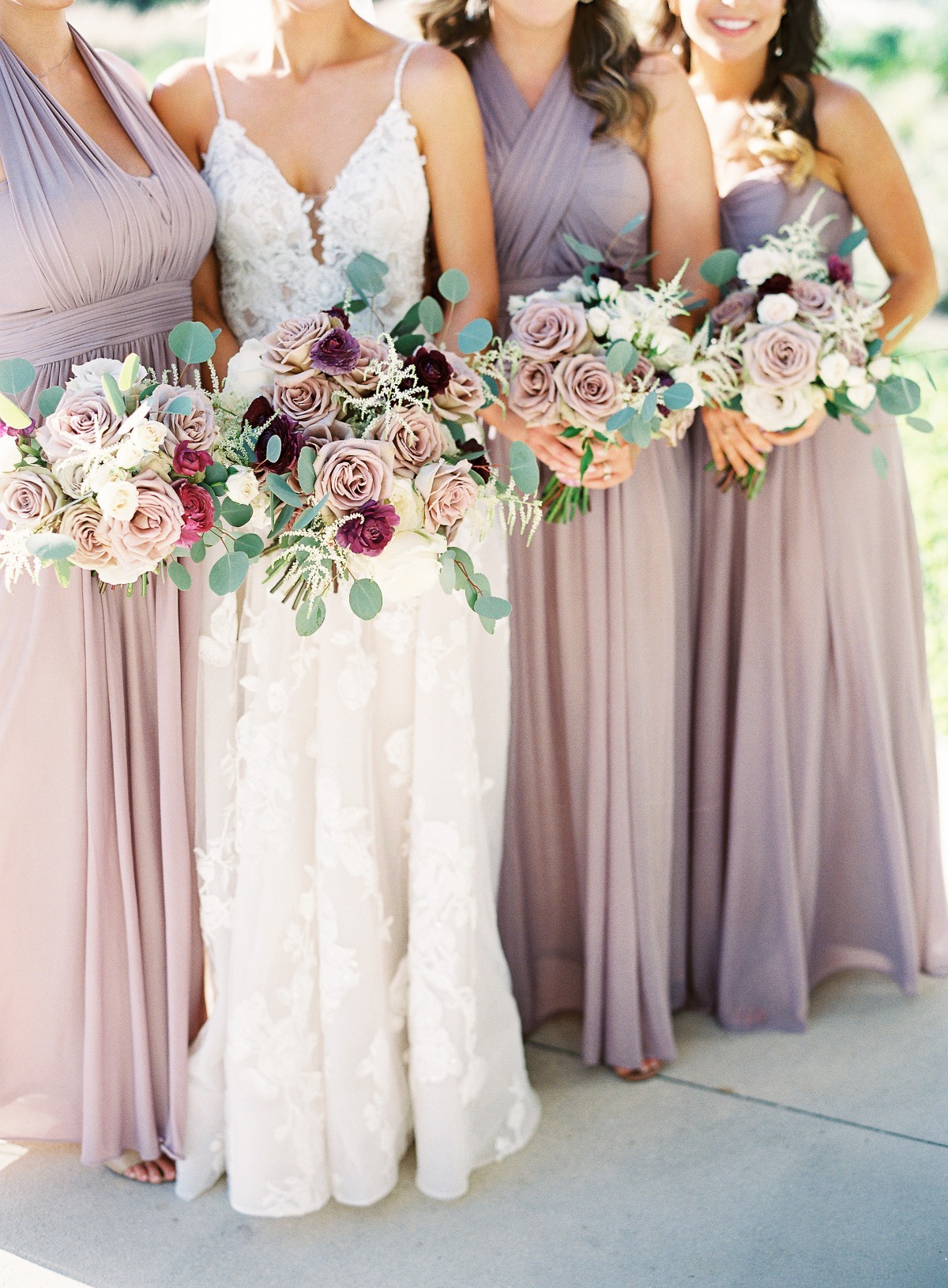 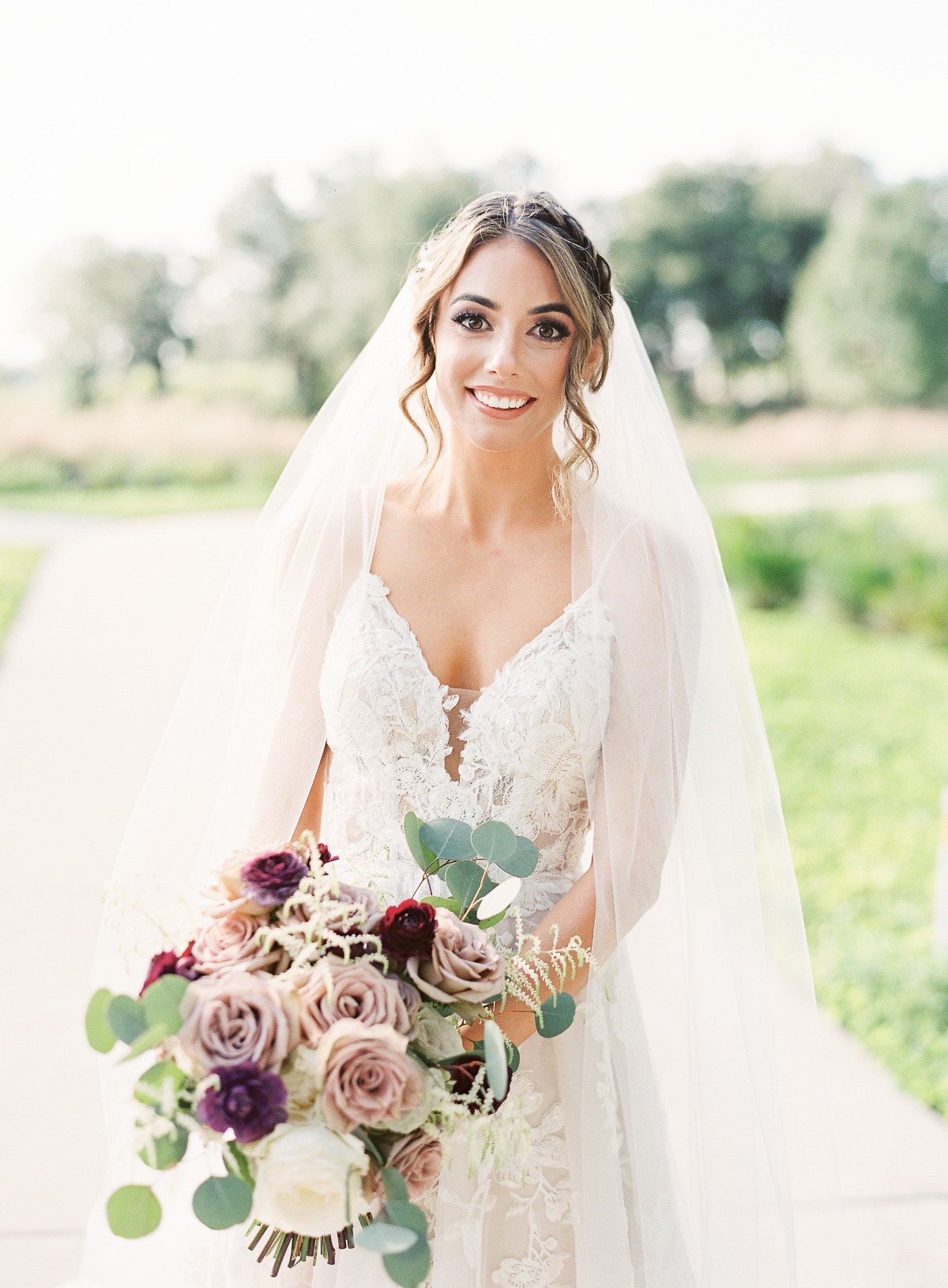 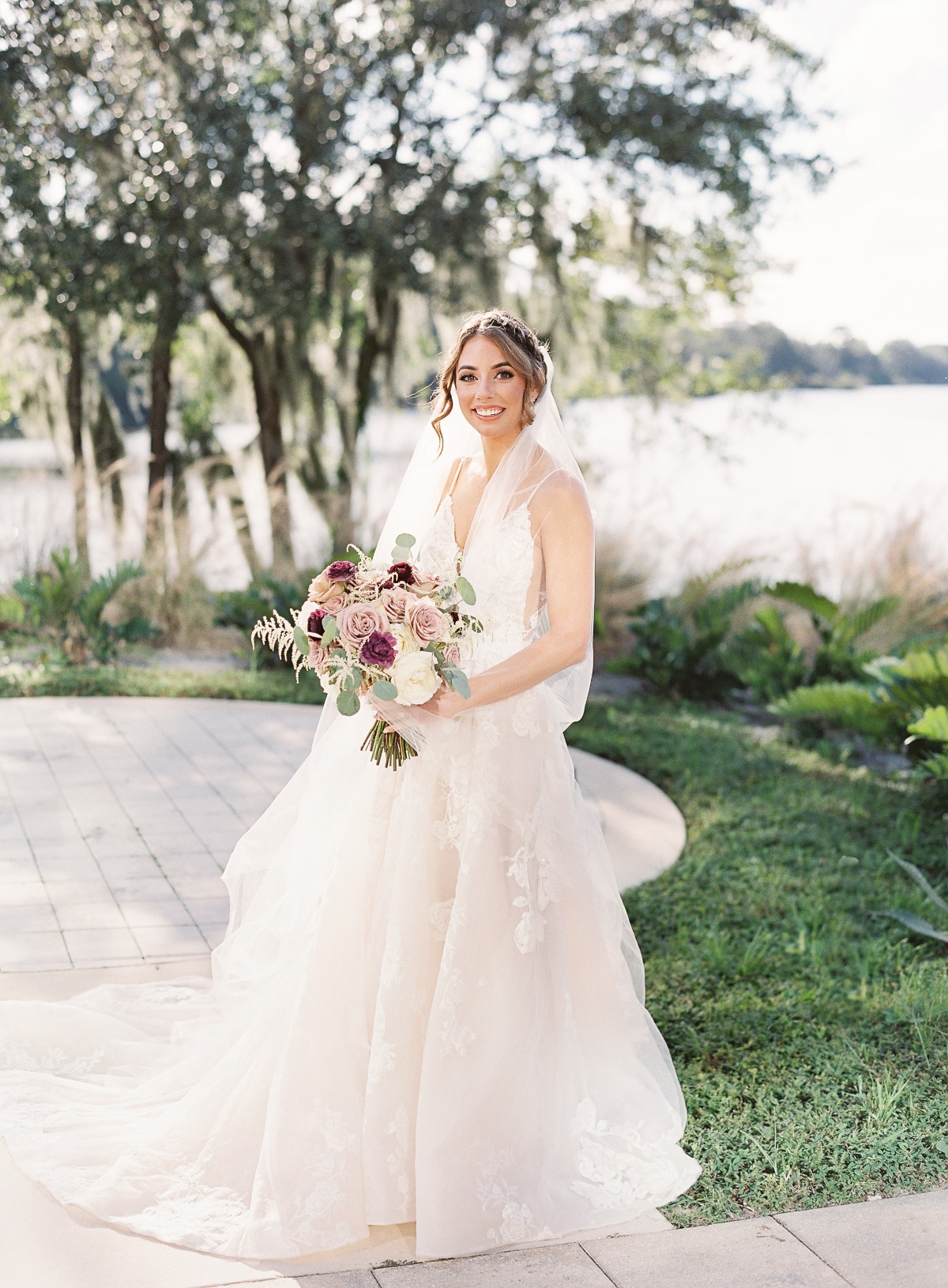 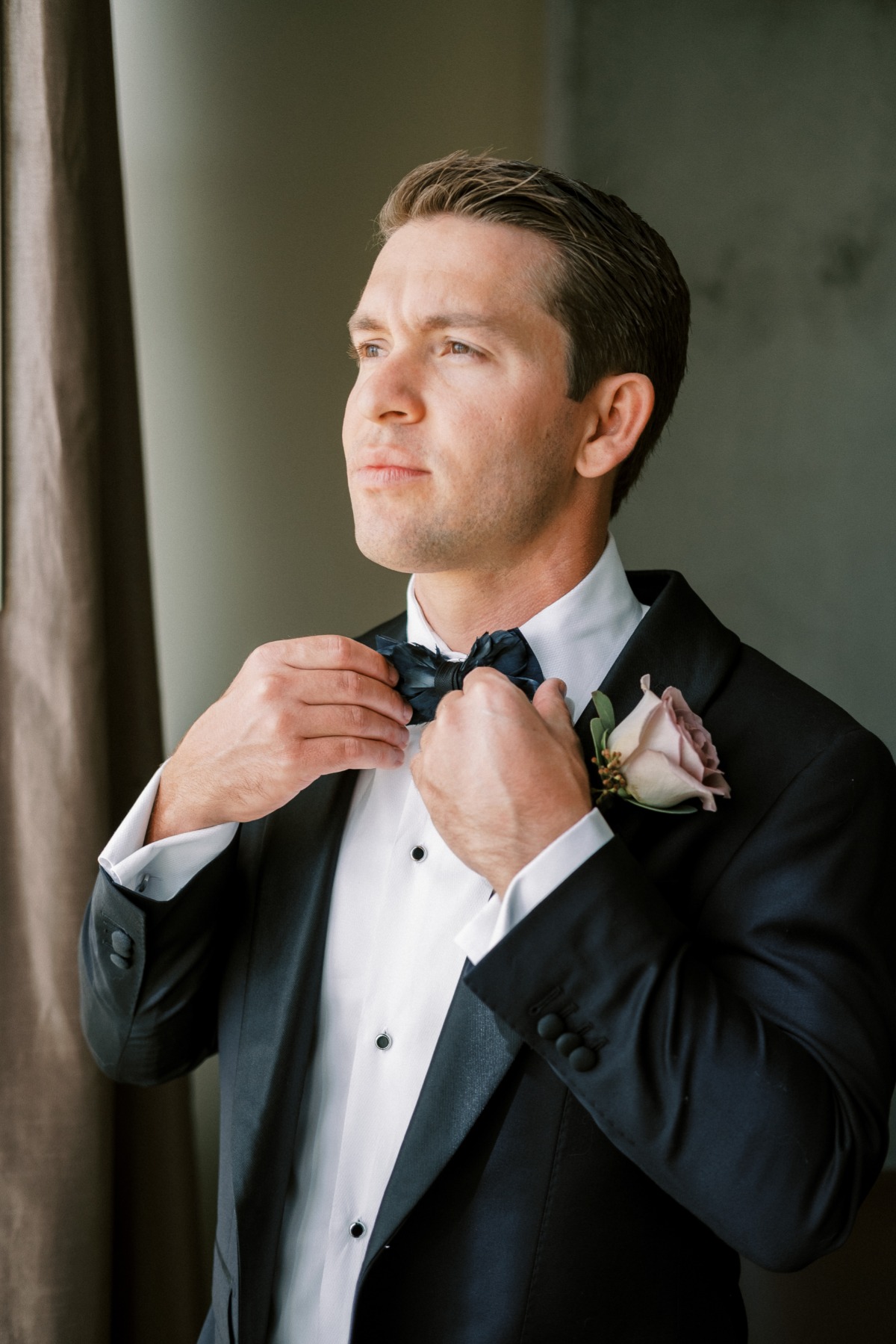 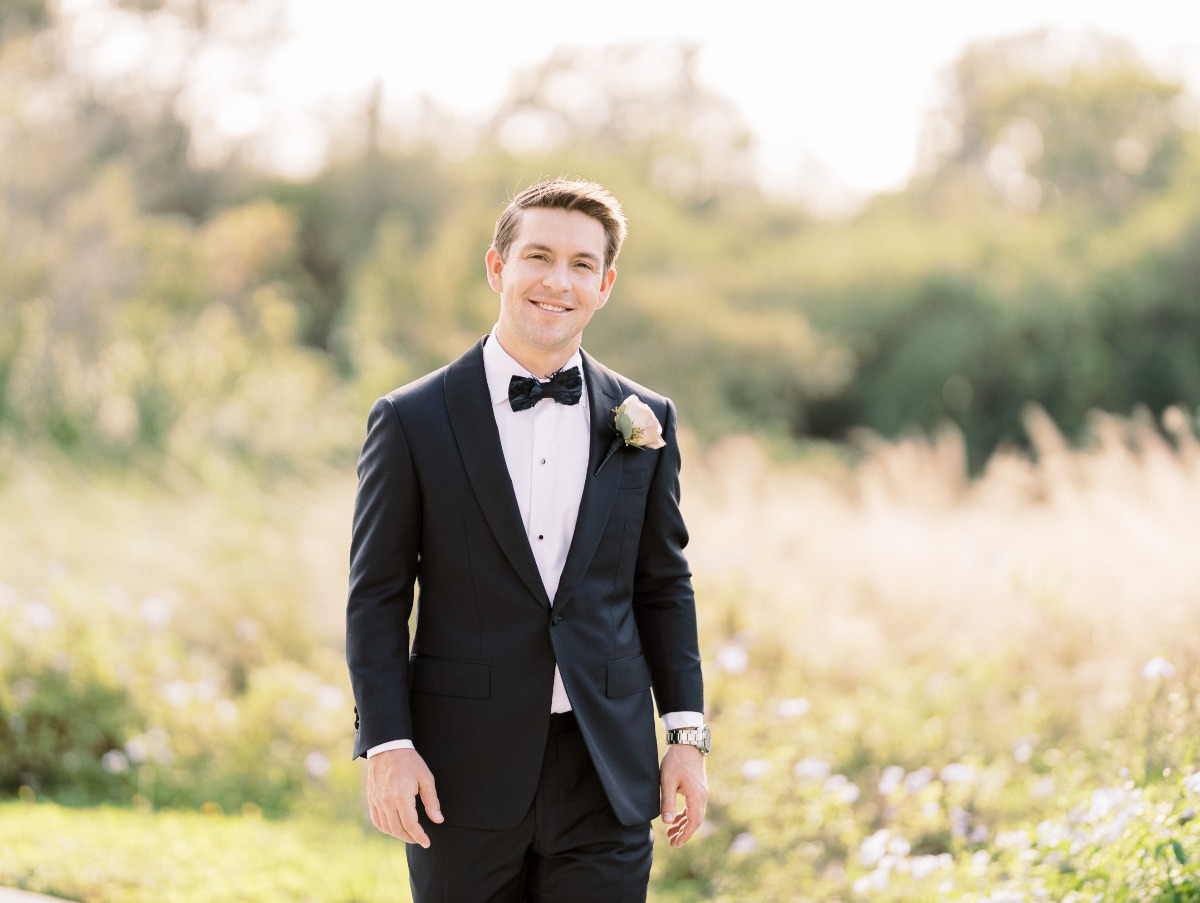 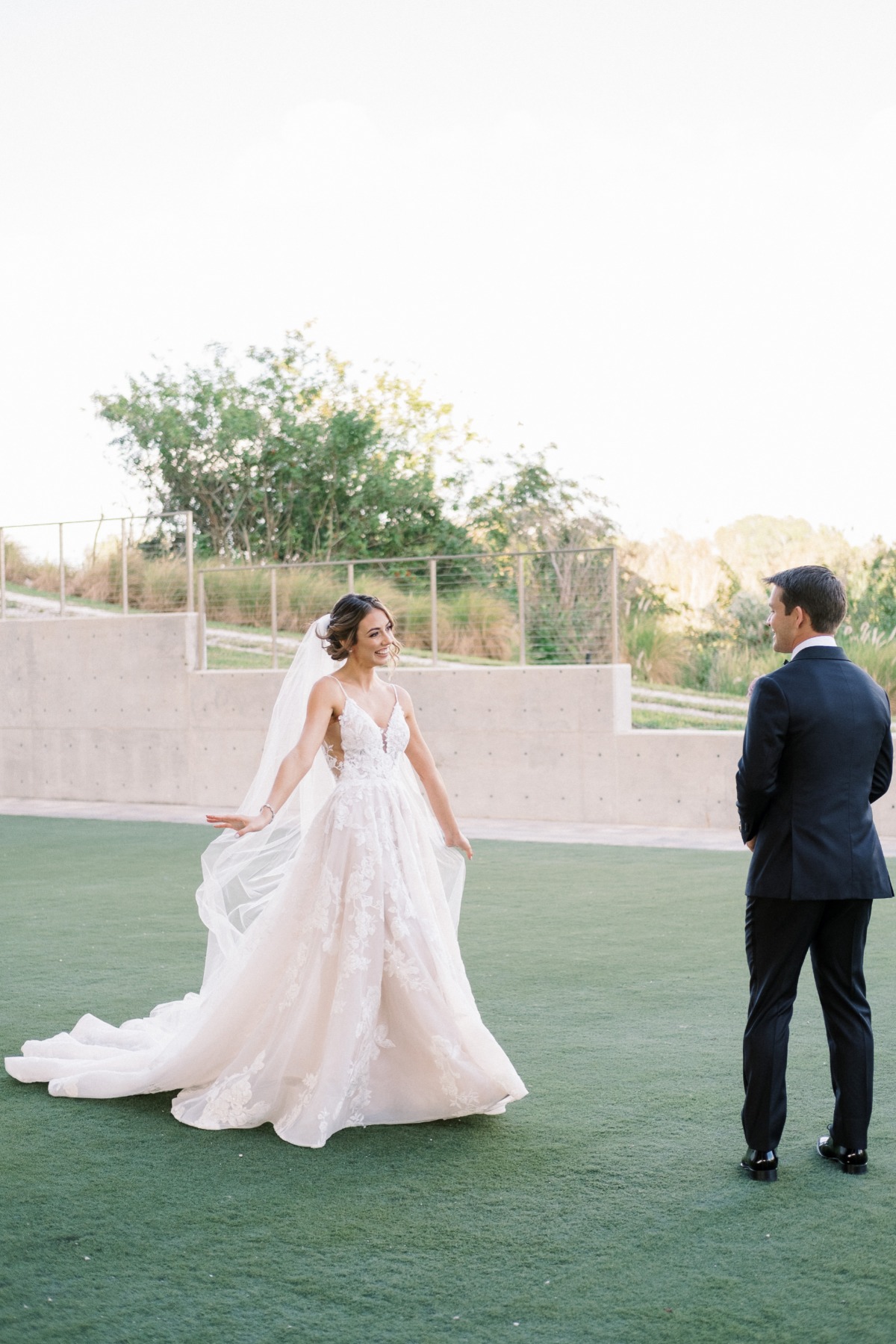 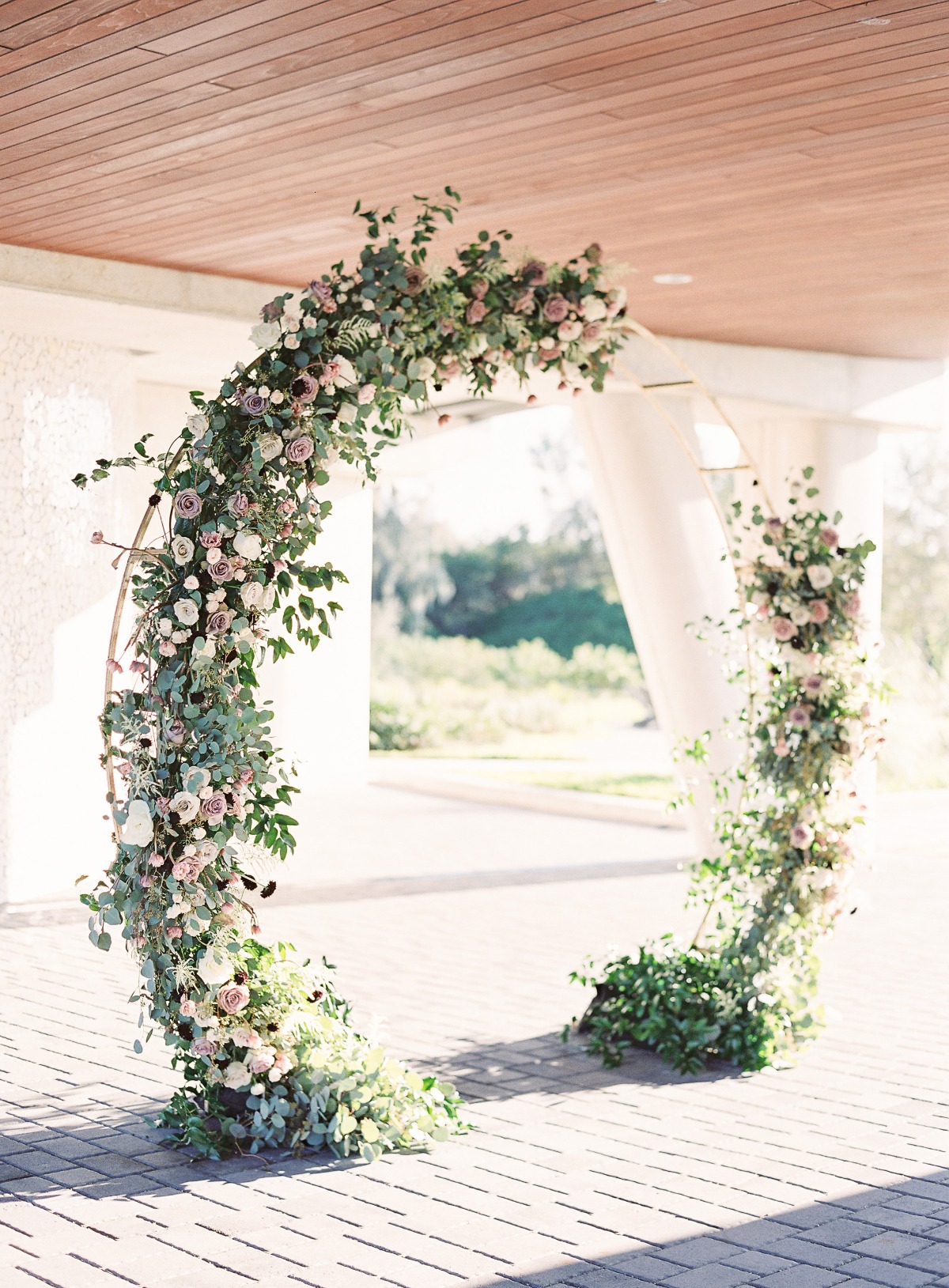 Hayley and Jake met through mutual friends in the summer of 2014 just before they were both set to move and begin their first semester at the same law school! Six months later they moved beyond friends and began dating (through some of the toughest years of school possible!). Fast forward to 2019, and Hayley and Jake were supposed to head to a family dinner. Hayley drove to Jake’s house to pick him up, but when she opened the door to his house, she froze in place and immediately started crying. There were candles EVERYWHERE, romantic music, flowers, champagne, the whole nine yards. Hayley describes the proposal as “perfect, and just very us”. 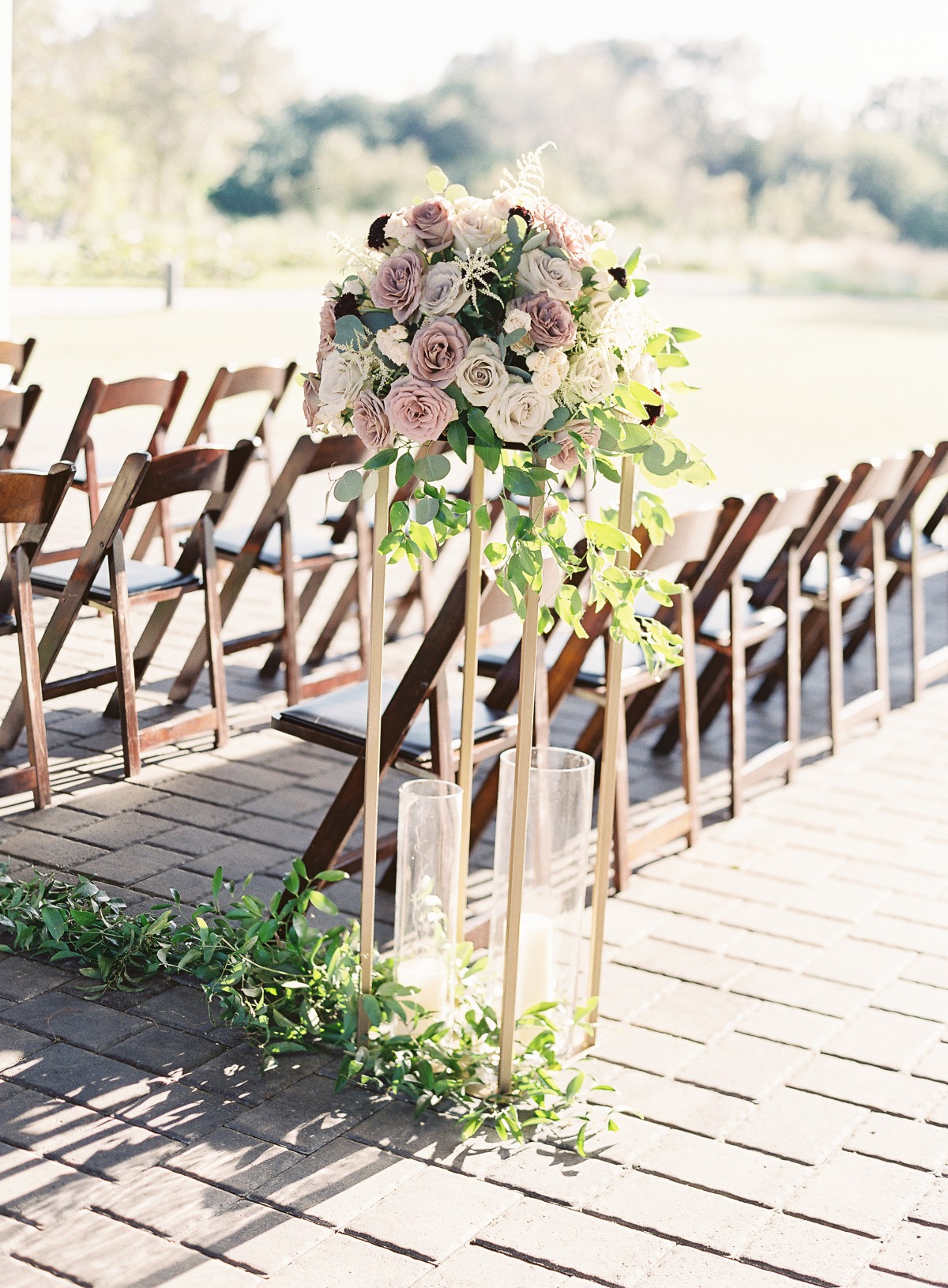 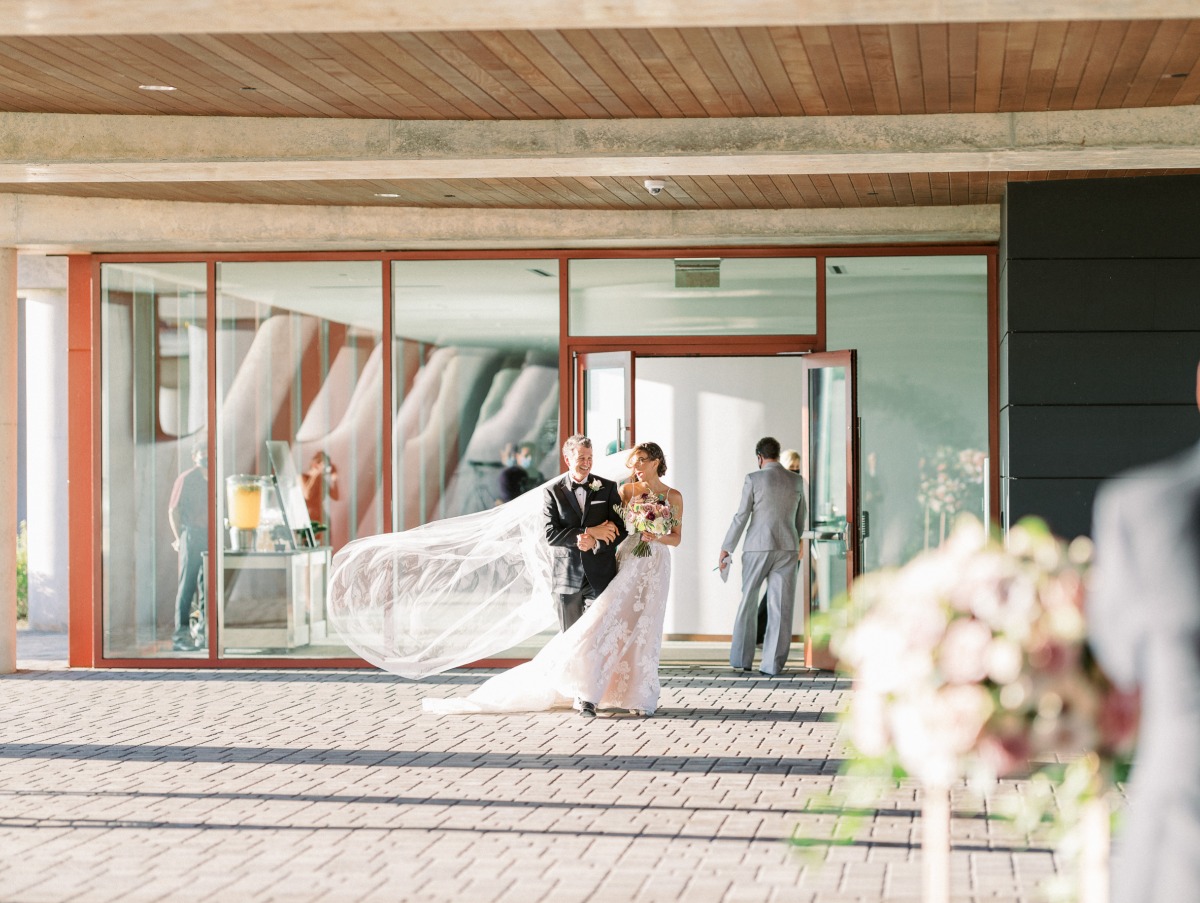 Like many couples, Hayley and Jake were thrilled when they got engaged, and they dove headfirst into planning an elaborate 200 guest affair at the gorgeous Streamsong Resort (a nod to Jake’s love of golf!). When the world shut down, Hayley and Jake held their breath to see if things would settle down by their November wedding date. Though many other couples were moving forward with larger affairs, Hayley and Jake didn't feel right about putting their nearest and dearest at risk, and made the incredibly tough decision to cut their guest list by a whopping 160 people, and moved forward with planning an all outdoor, intimate affair with those they cherished most. 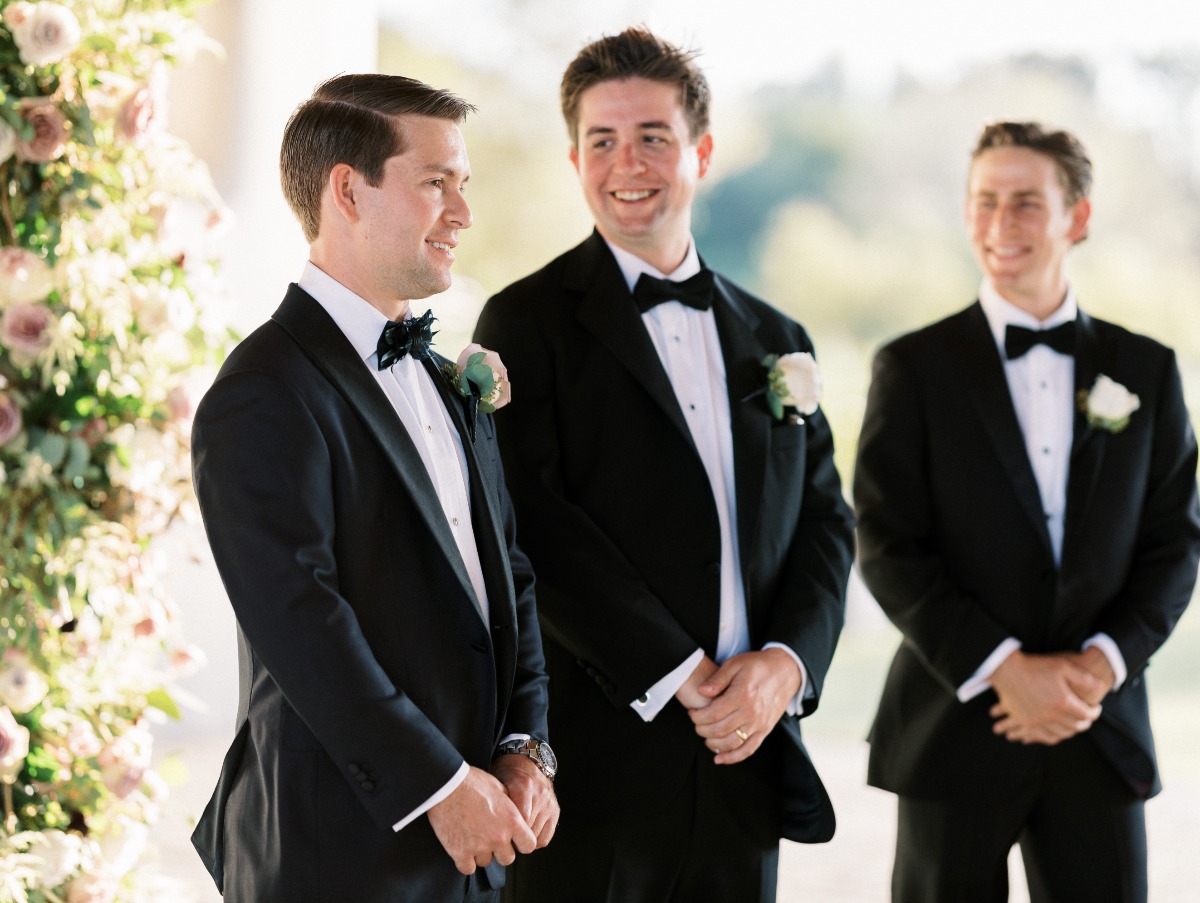 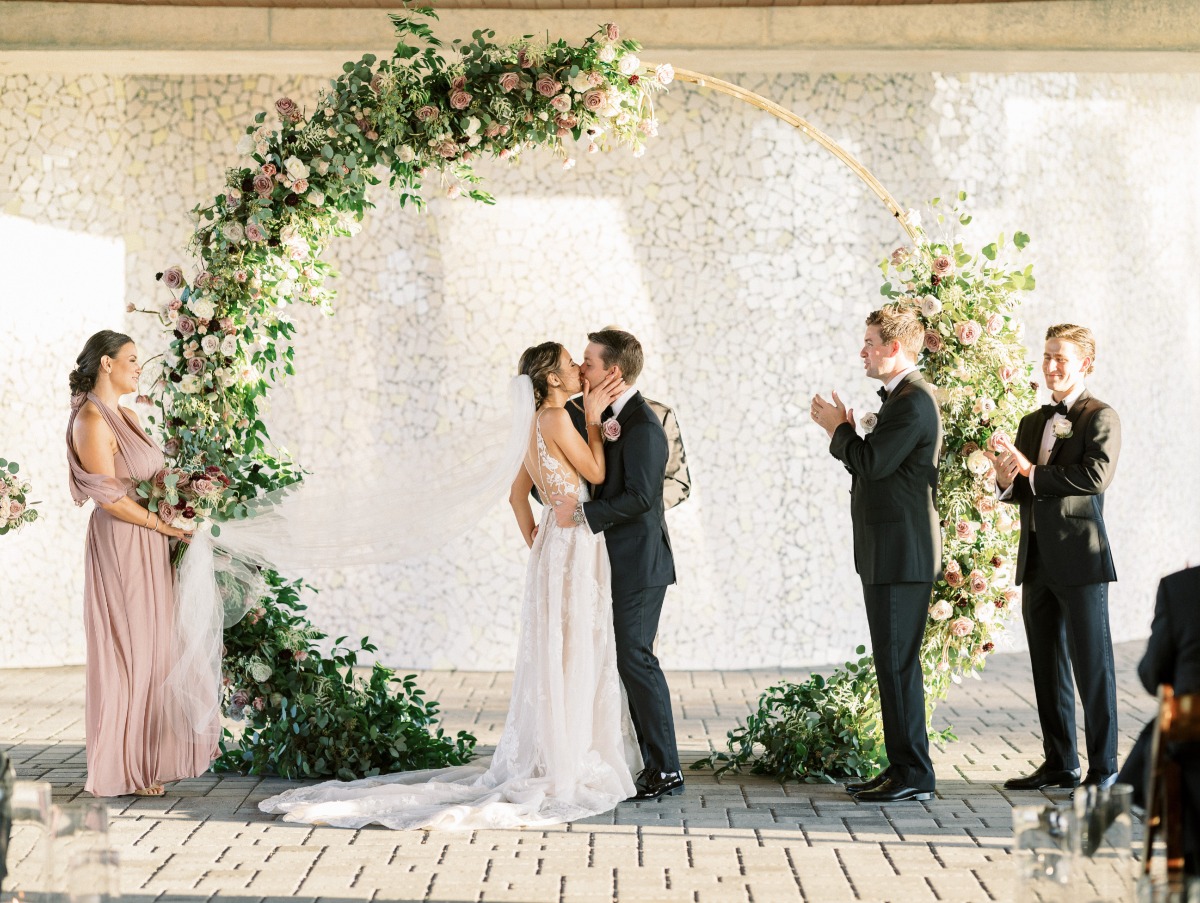 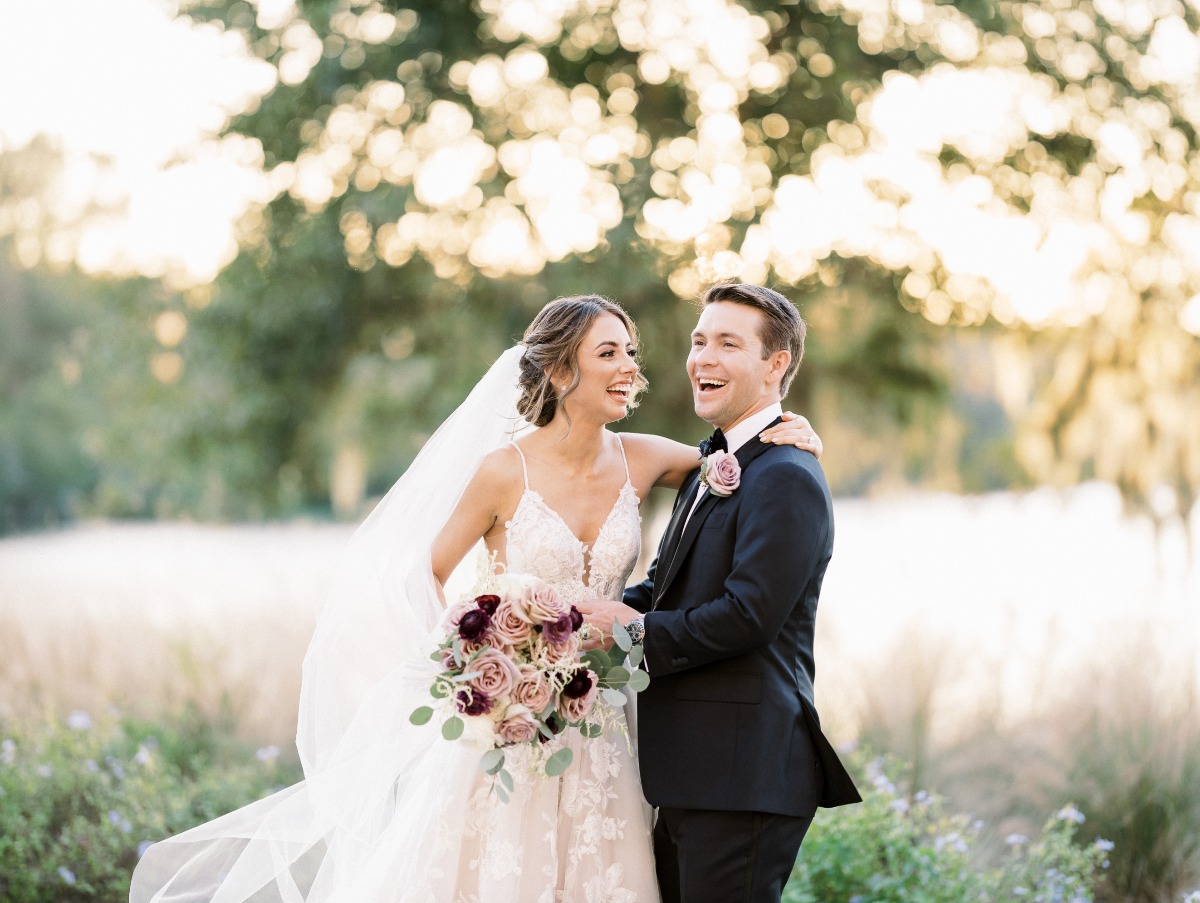 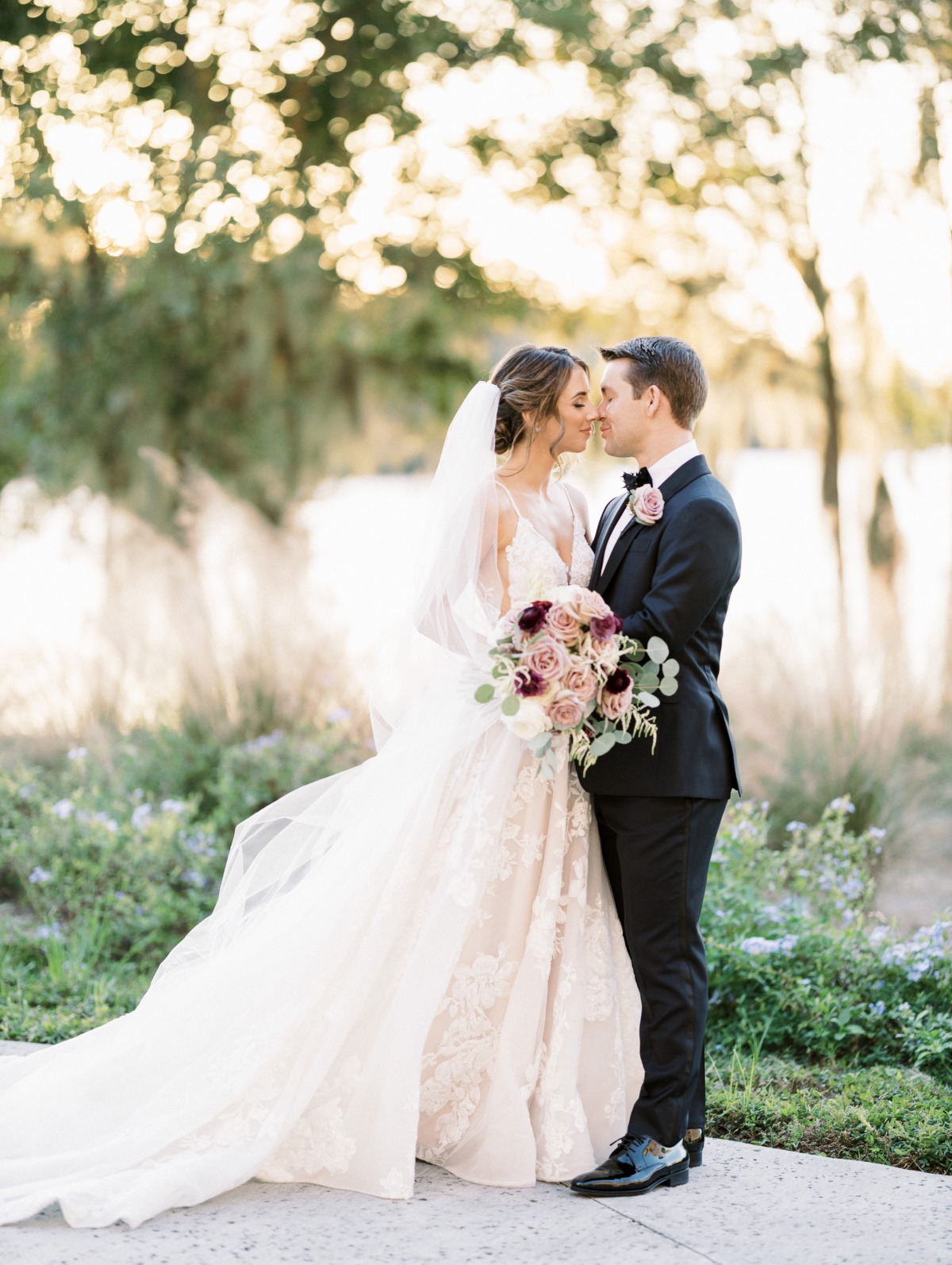 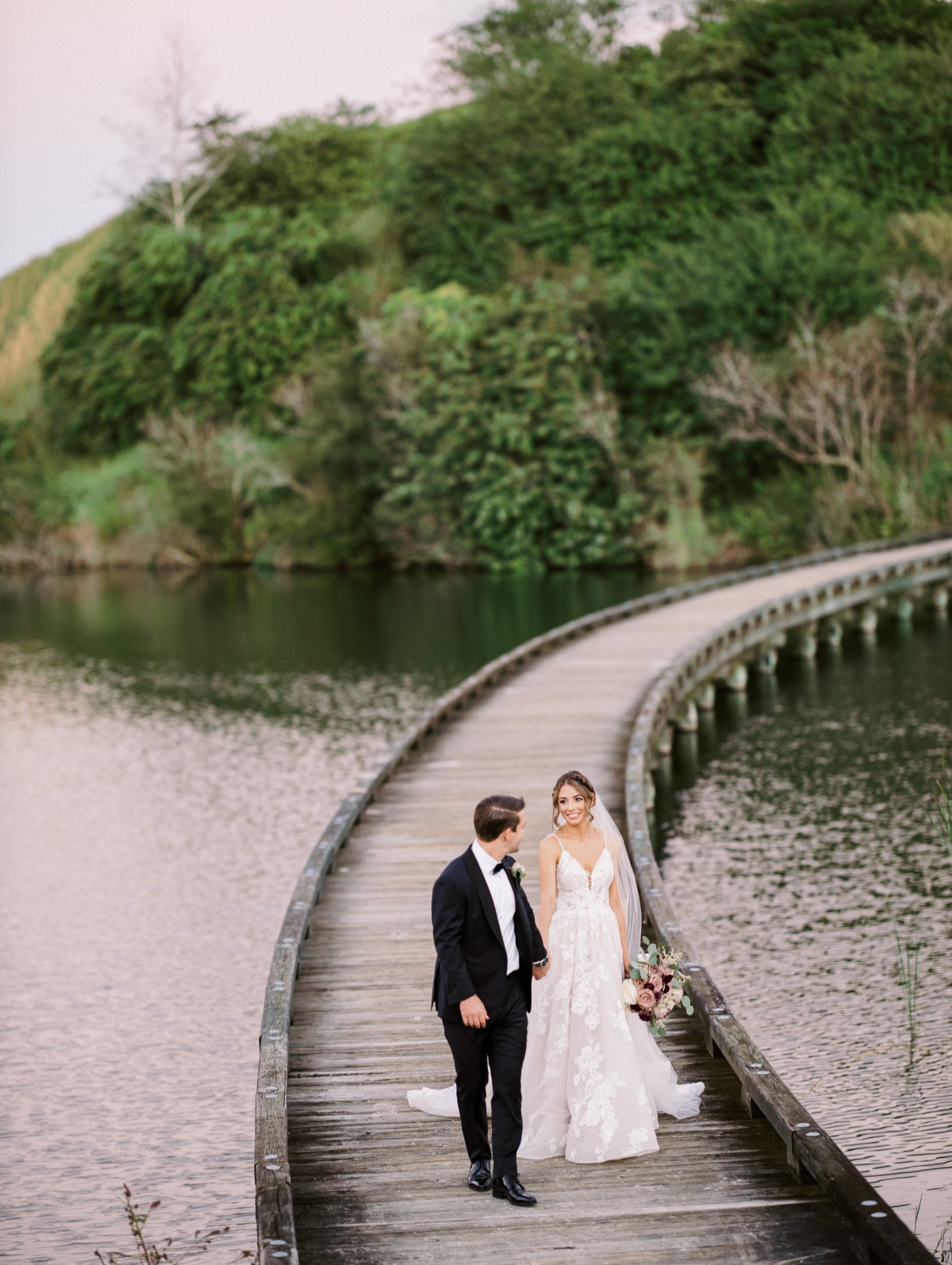 The day began with Hayley and her best friends getting their hair done by the talented Femme Akoi, and their glamourous makeup applied by Logan Ambrester. Hayley then opened a beautifully written letter from Jake that had all of us (yes, us too!) in tears. Luckily, the tears dried up pretty quickly when it was time to put on her stunning, custom-made Martina Liana wedding gown from Malindy Elene. At the same time, just across the hall, Jake was reading a note from Hayley as he had help from his brothers putting on his custom suit from Greiner's Fine Men's Clothing. The two could hardly wait to see each other, and we rushed outside on this beautifully cool Florida November afternoon to capture a private first look between the two on the lawn just outside the bridal suite. It was beautiful to see how quickly the nerves from both of them faded as they were able to hug, kiss, and get excited for their upcoming ceremony. 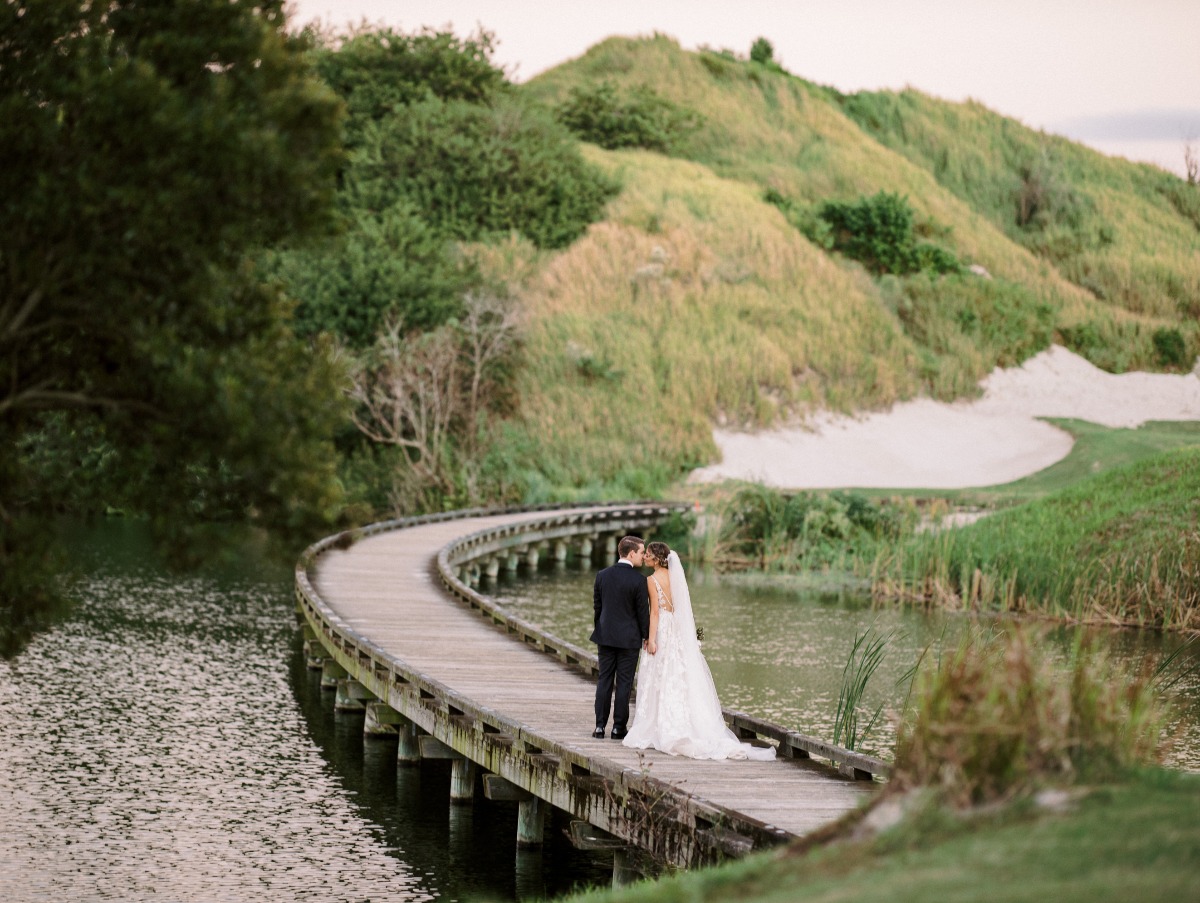 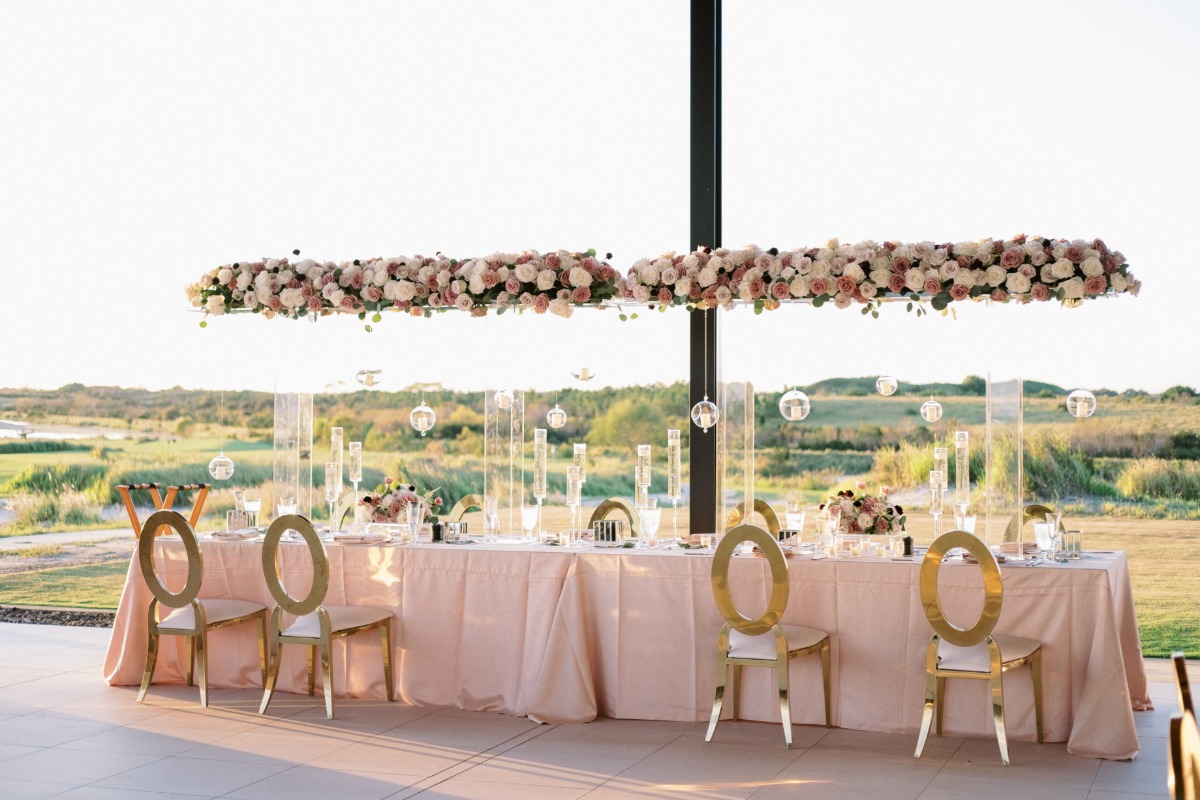 Though it was an extra breezy day, the wedding ceremony was impeccably decorated by FH Events, and once Pastor Ken Shick began to speak (the same man who married Hayley’s parents!), no one gave a second thought to the wind. Hayley and Jake shared their beautiful vows followed by a first kiss, and happily receded down the aisle to gorgeous music by the Orlando String quartet. 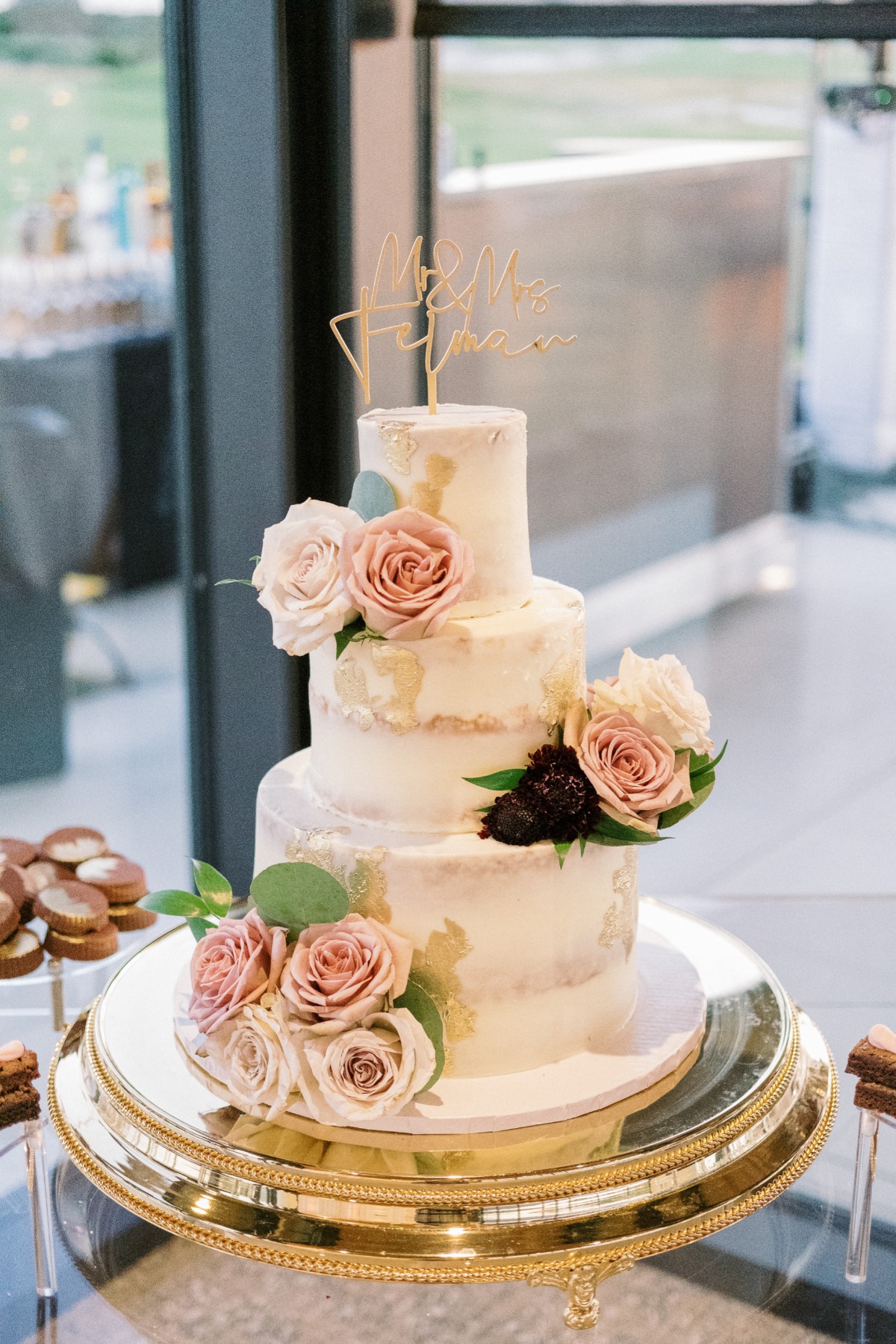 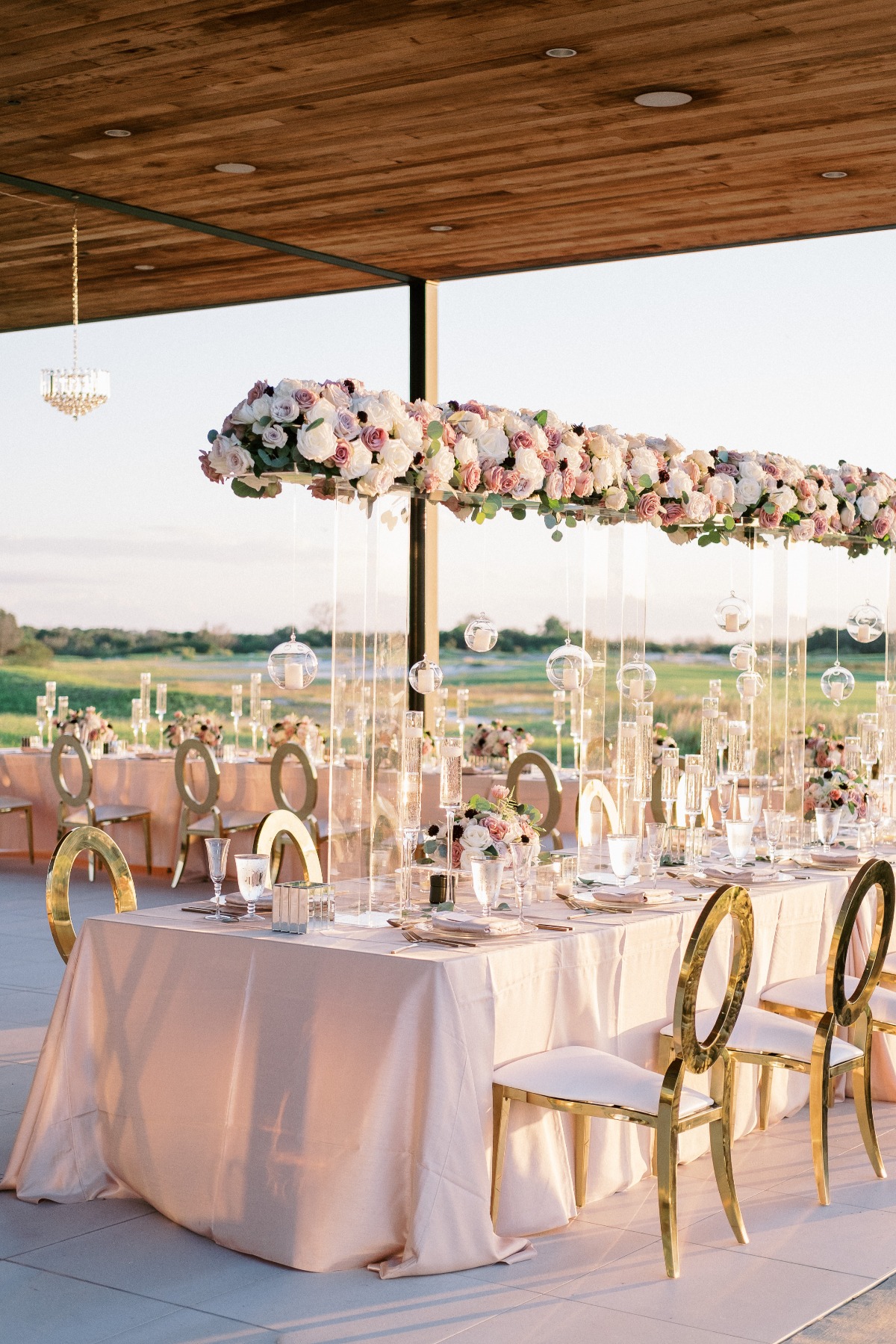 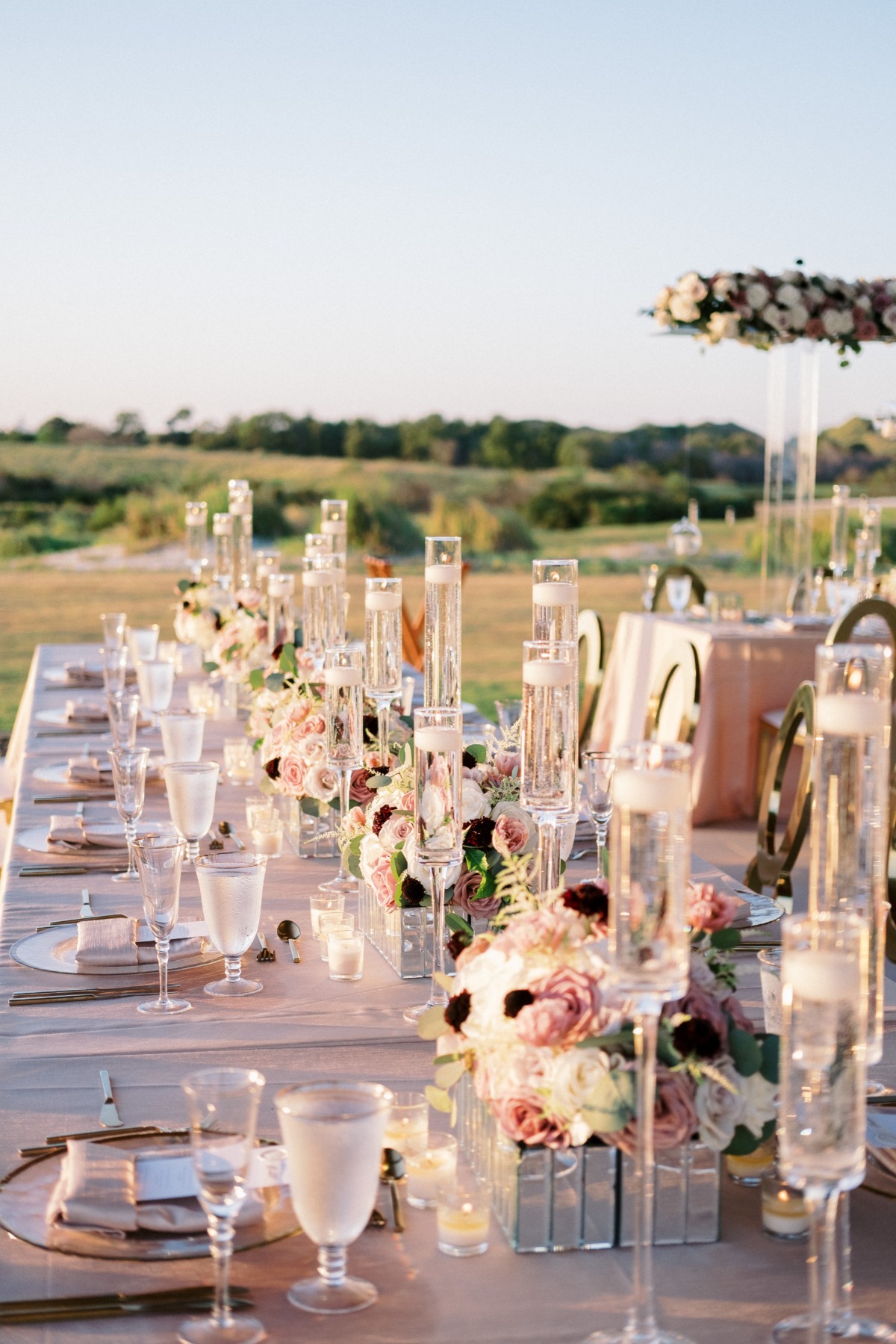 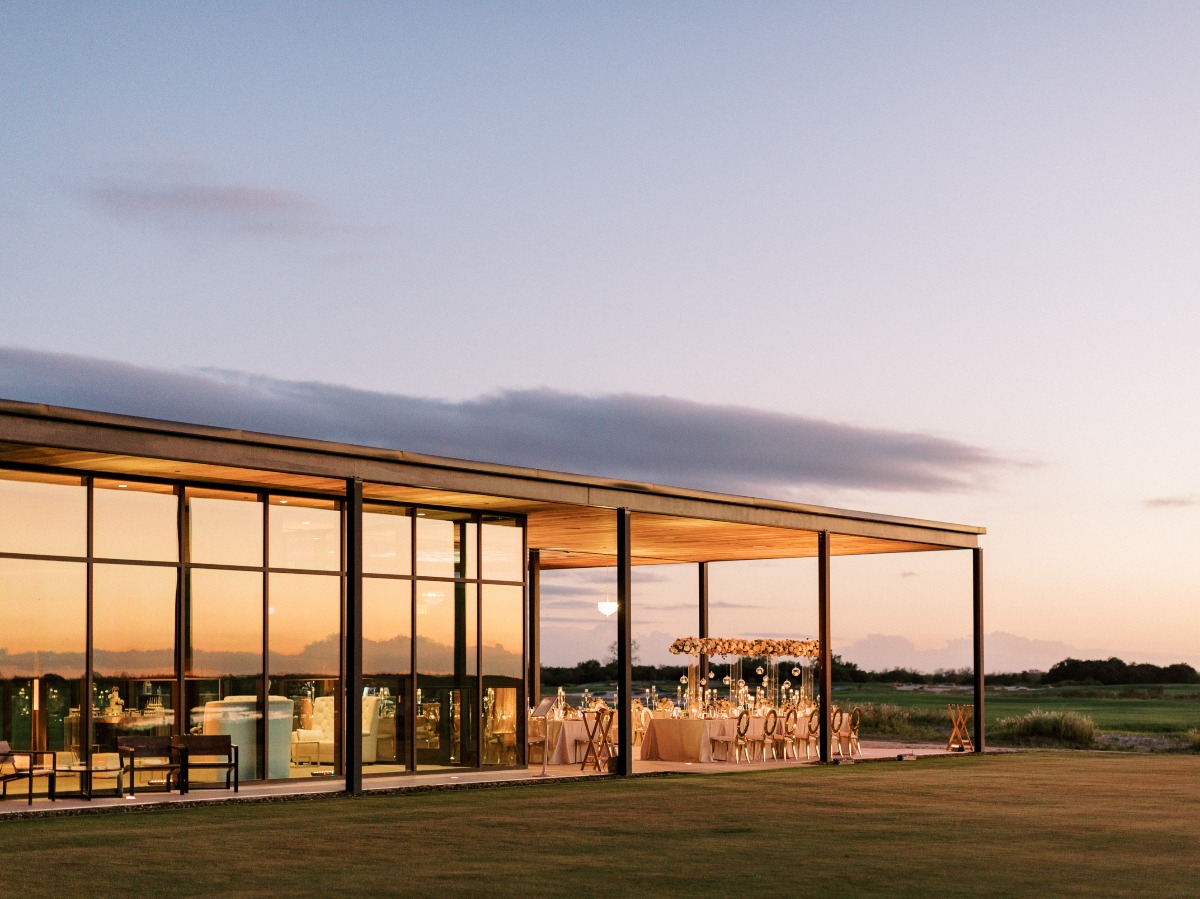 While Hayley and Jake took photos on the golf course following their vows, their guests enjoyed cocktails alfresco and watched the sunset over the rolling hills of Streamsong Resort just as the finishing touches were being set at the intimate dinner reception. The happy couple walked into their reception and were greeted by floating candles and centerpieces that were Hayley’s perfect vision of a sophisticated, modern affair. The guests enjoyed cake from Elise's Pieces during the heartwarming speeches, and everyone congratulated the newlyweds on the start of their new life together. 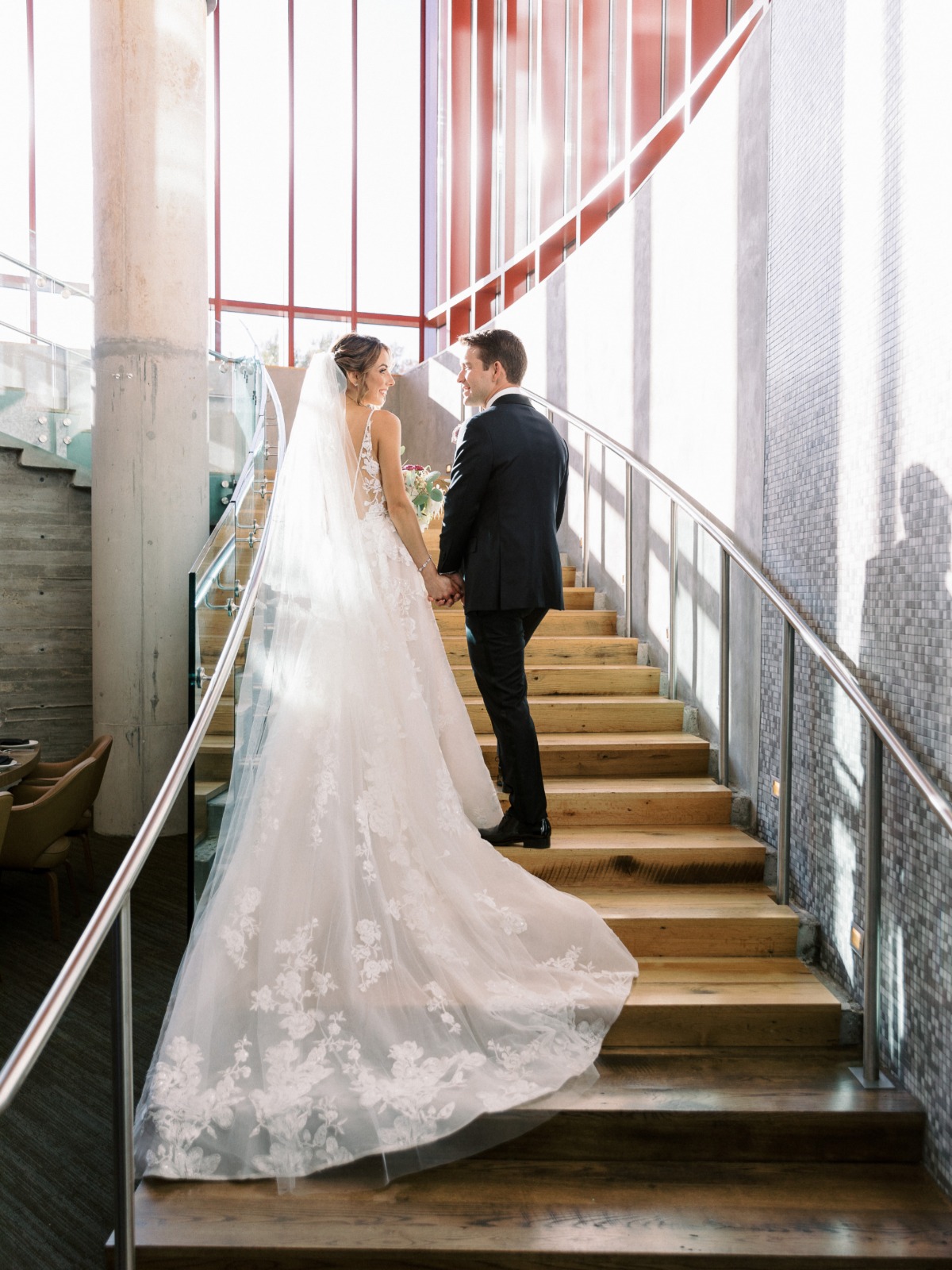 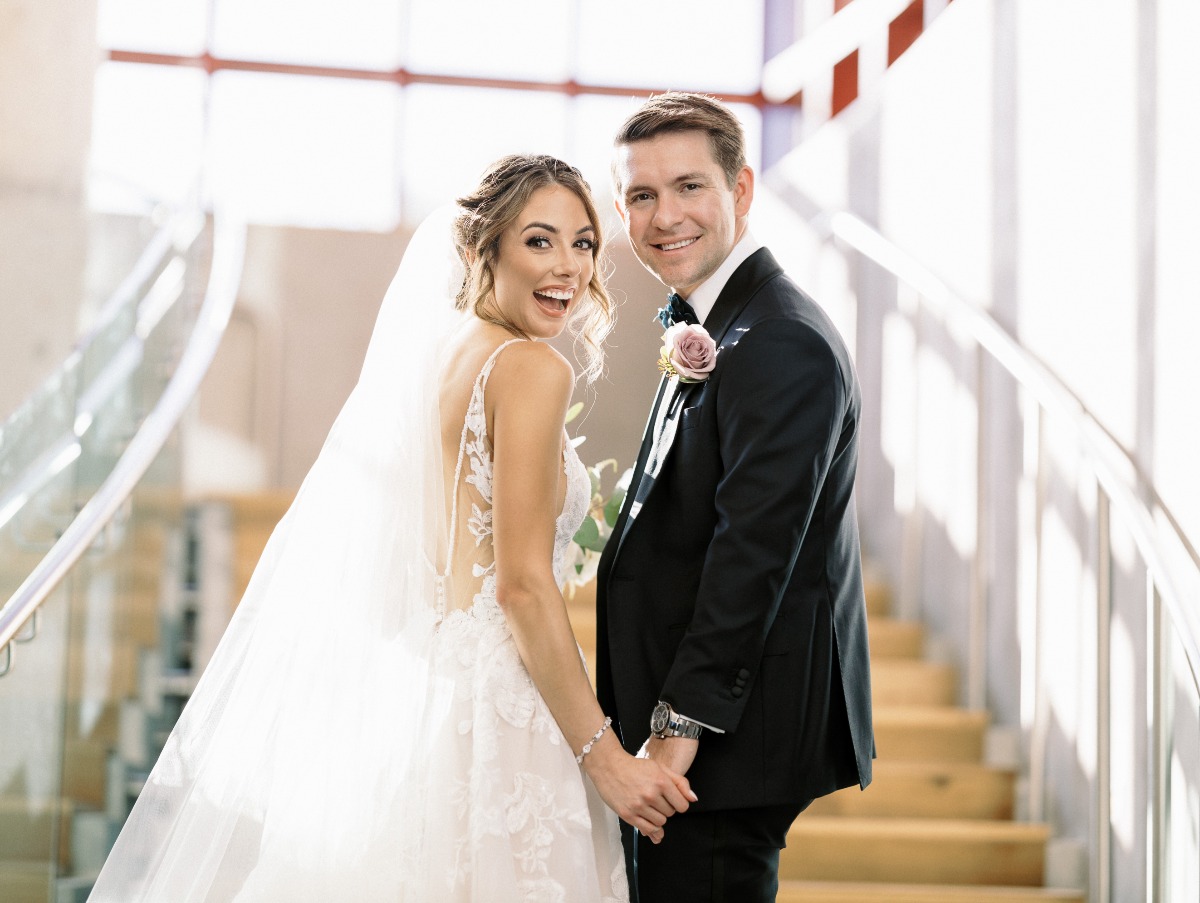 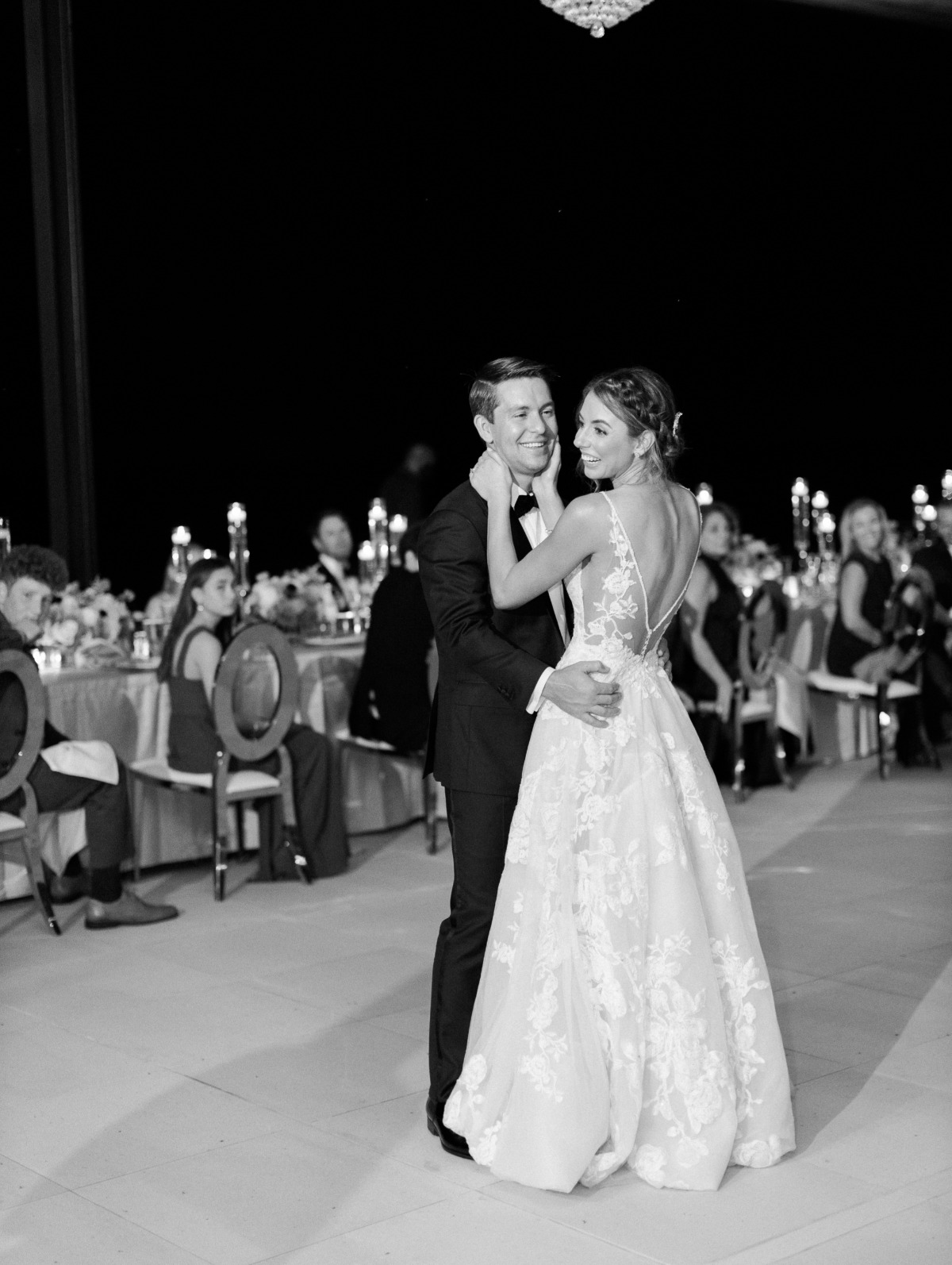