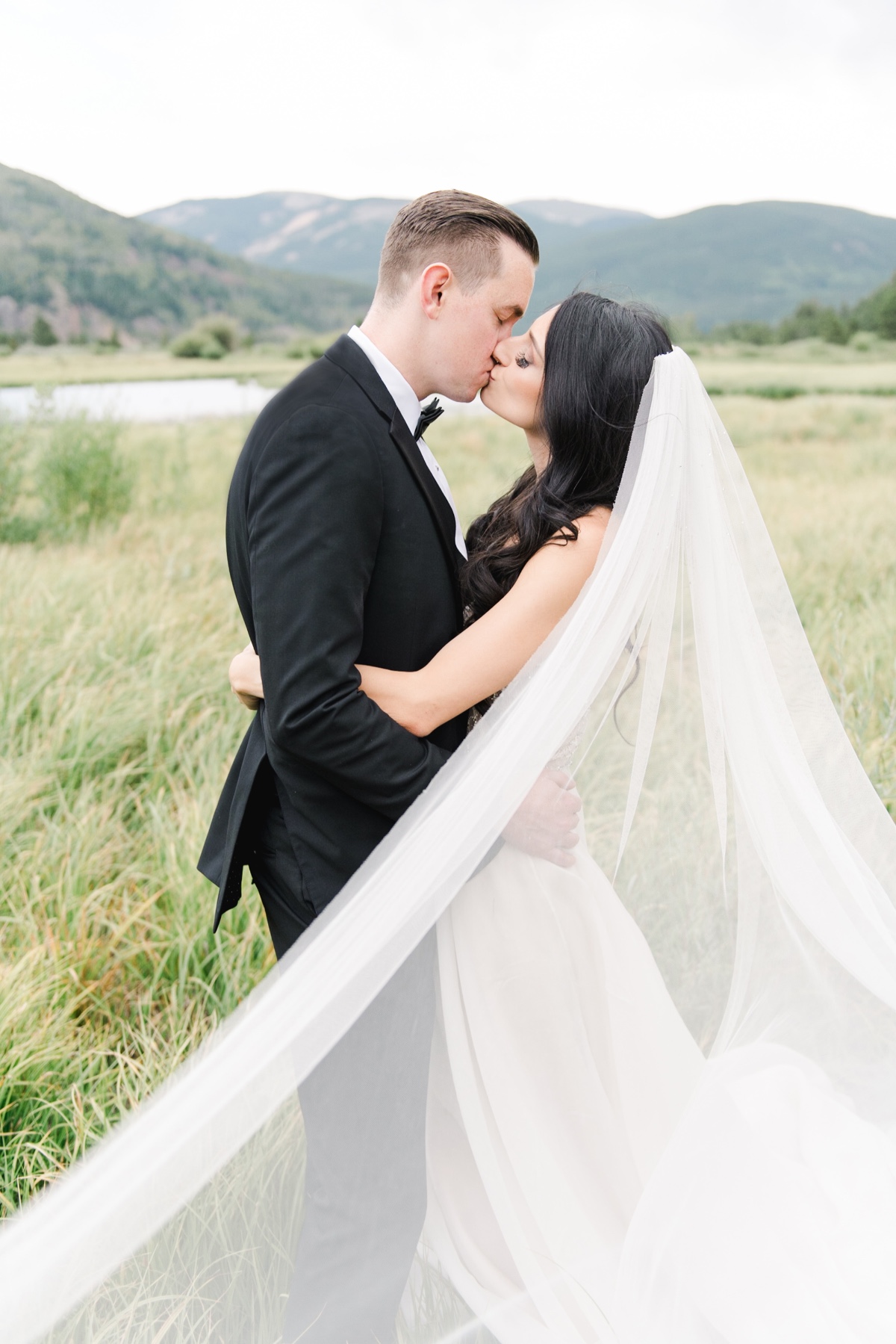 In the midst of a pandemic, Sofia and Ken were forced to make the incredibly difficult decision to cancel their May wedding in Bologna, Italy. Italy had always held a special place in Sofia’s heart. Instead of postponing the wedding, they decided to plan a gorgeous lakeside elopement in the Rocky Mountains.

Keep scrolling to see all of the beautiful photos by Alyssa Wood and Heather Callanan Photography. Moss & Maeve Event Planning & Styling planned every detail, Floral Wild created all of the amazing florals and Hazel Grove Rentals & Design provided the rentals for this very special elopement at Camp Hale. You can see all the images in the full gallery and read on for more from Moss & Maeve Event Planning & Styling. 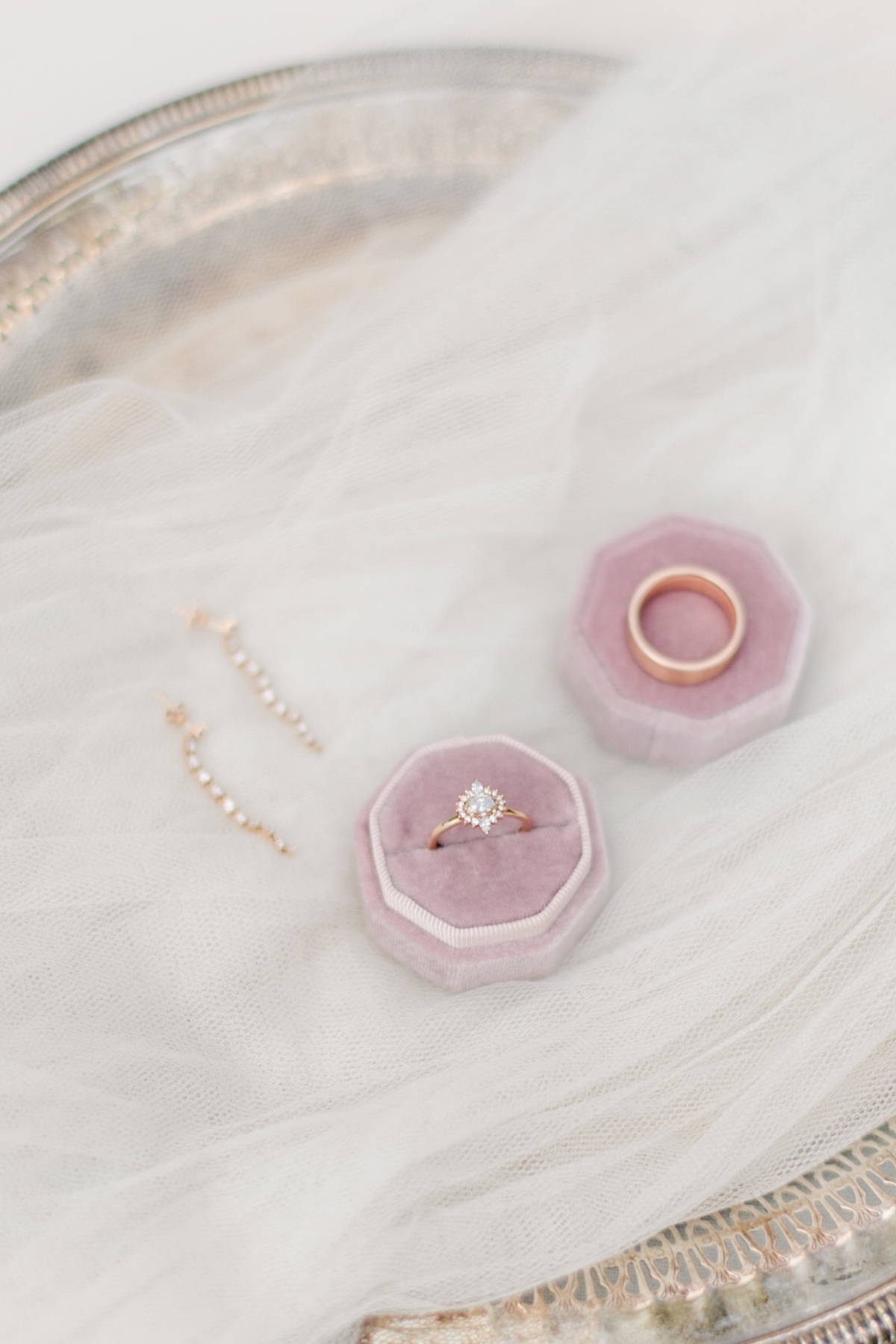 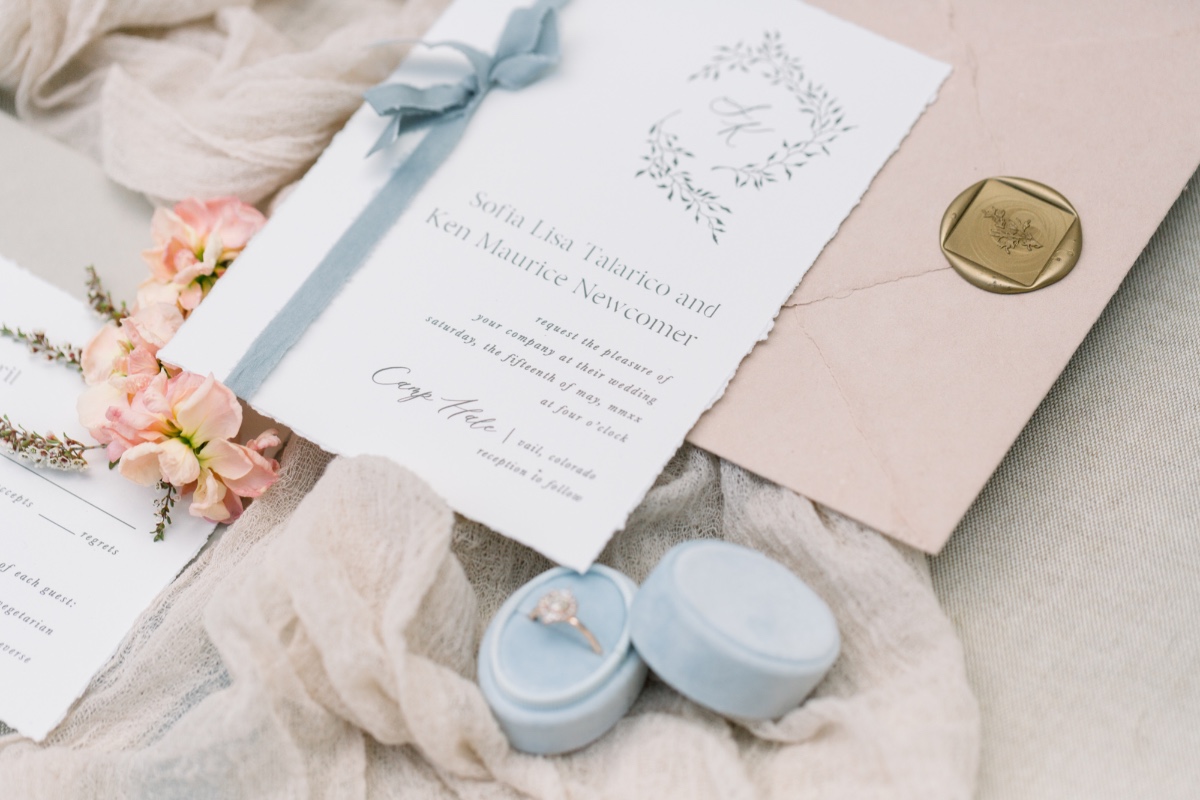 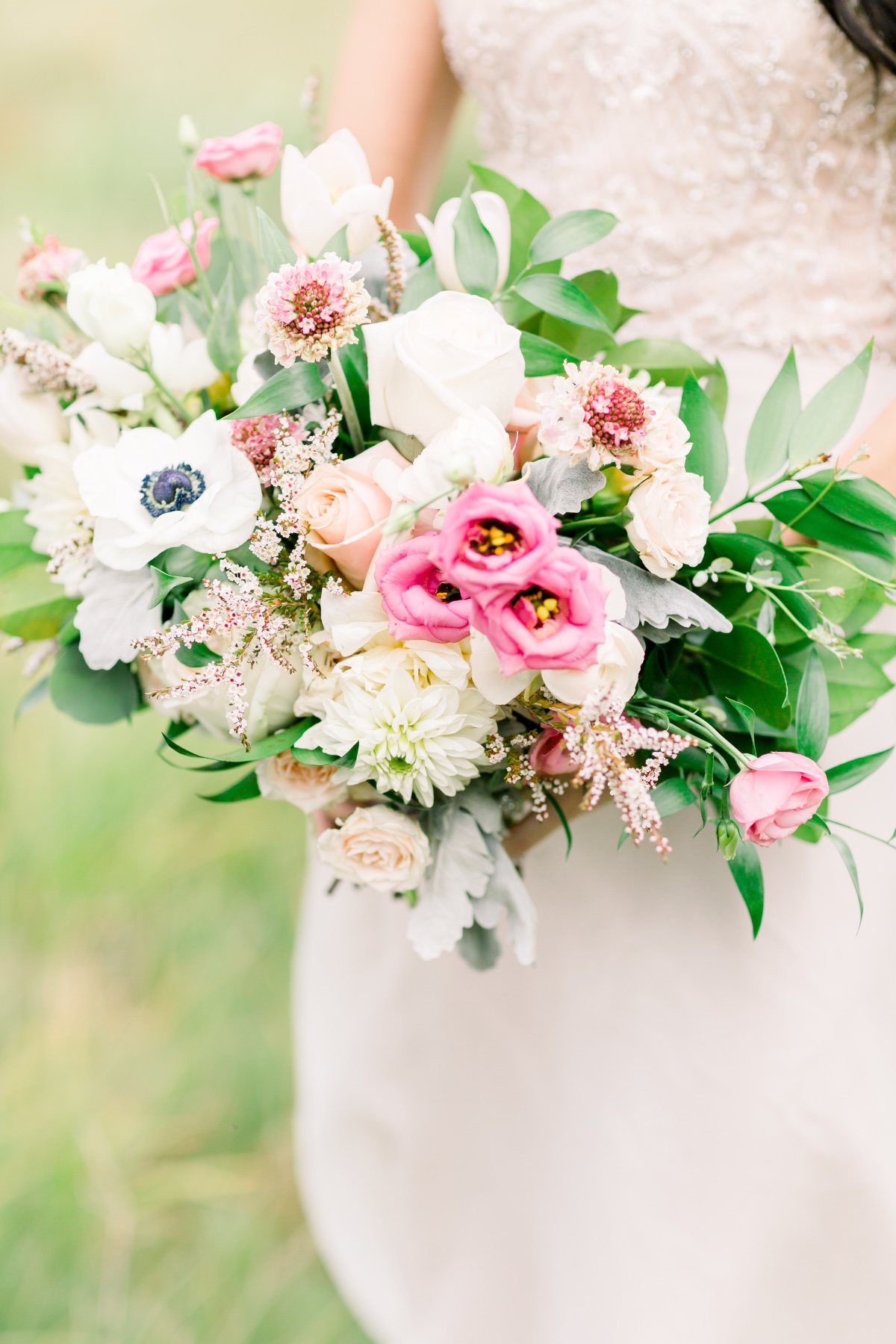 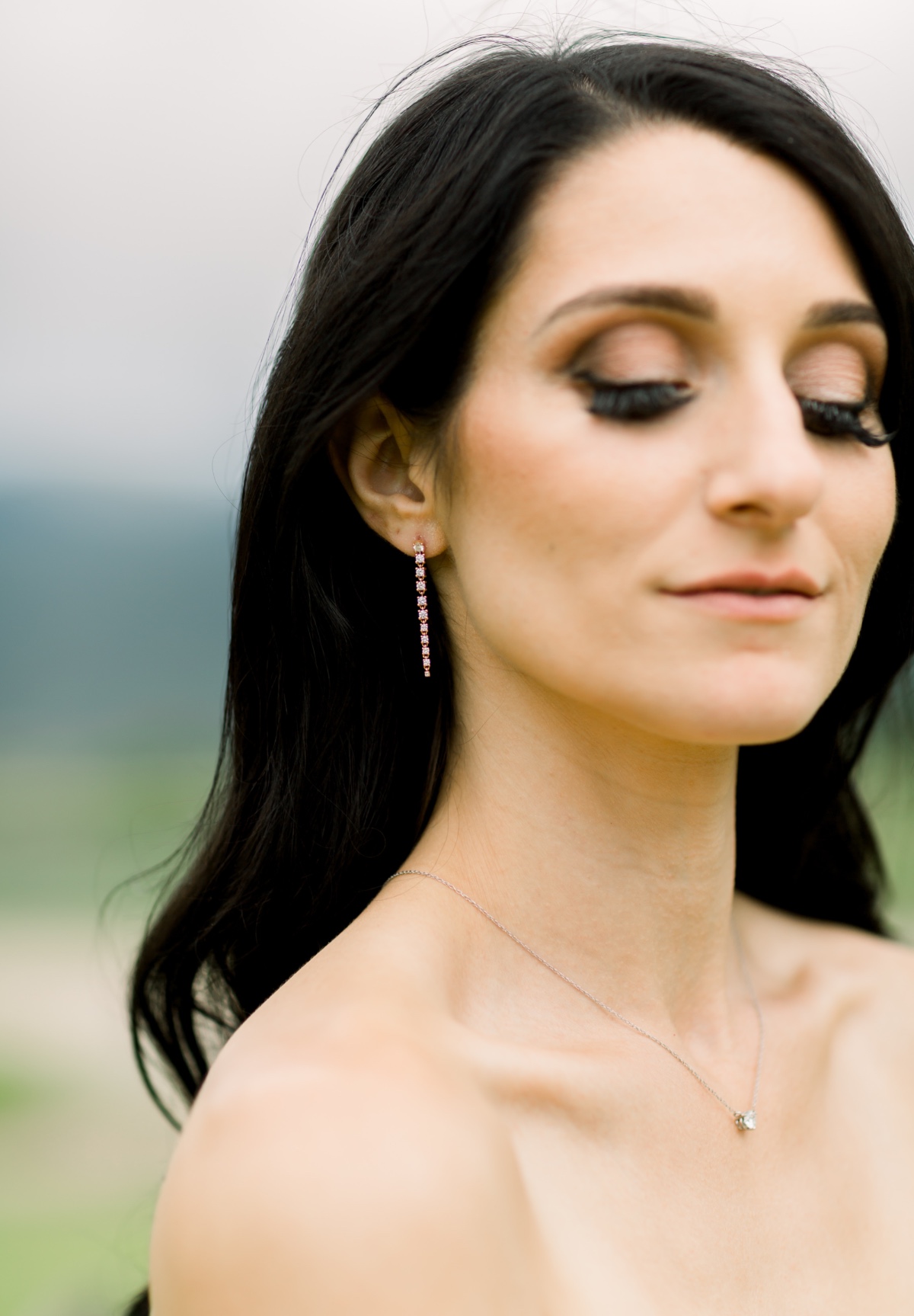 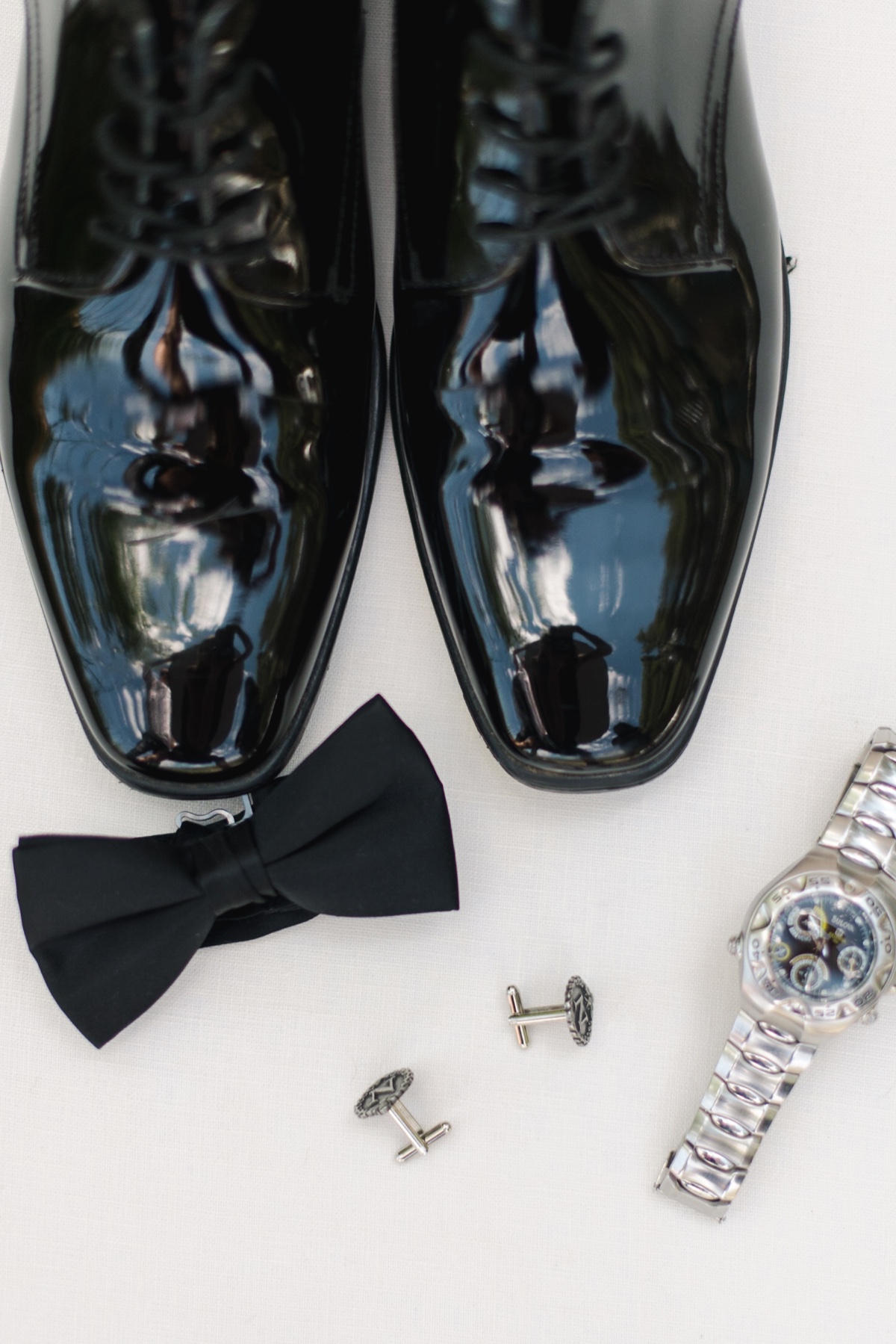 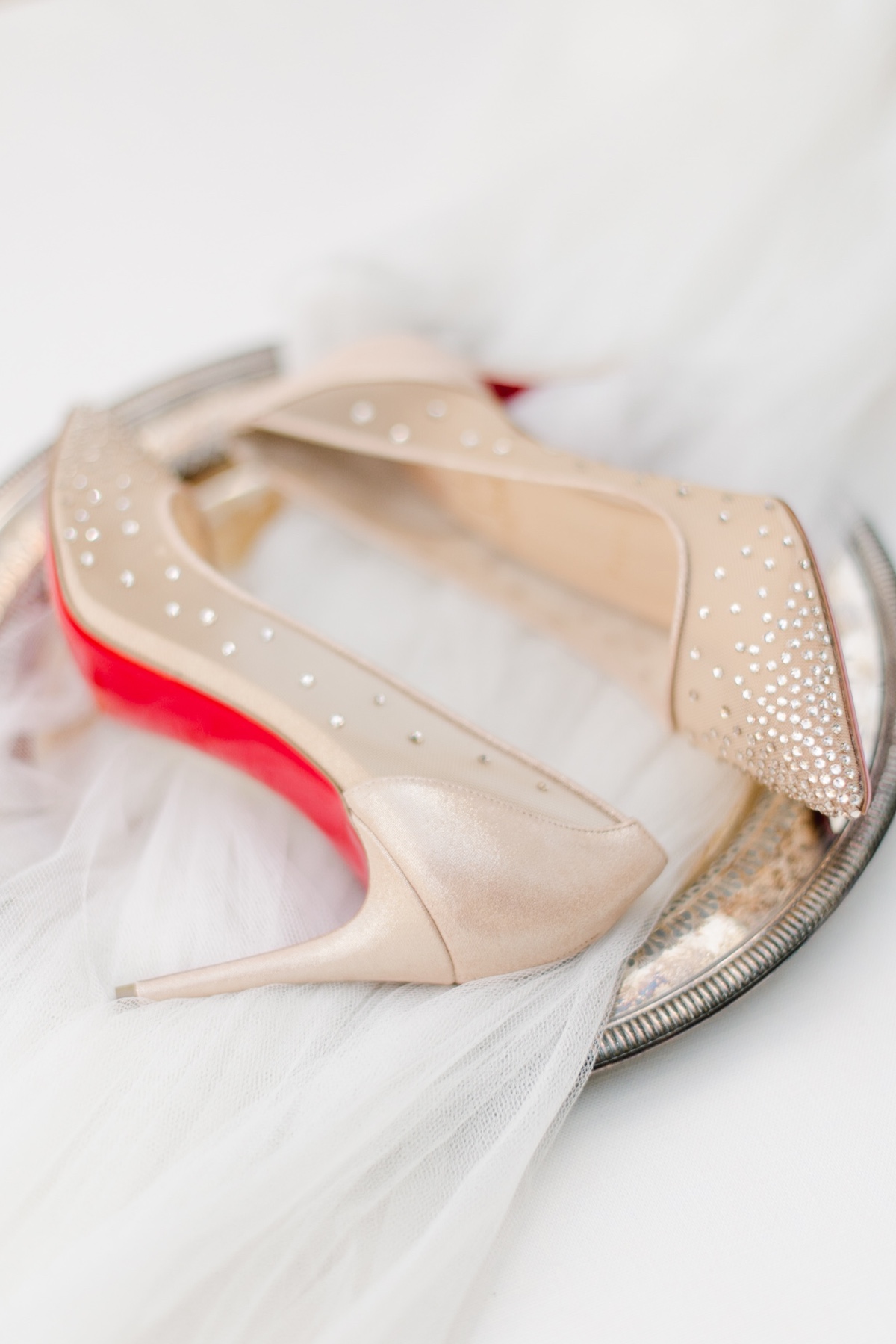 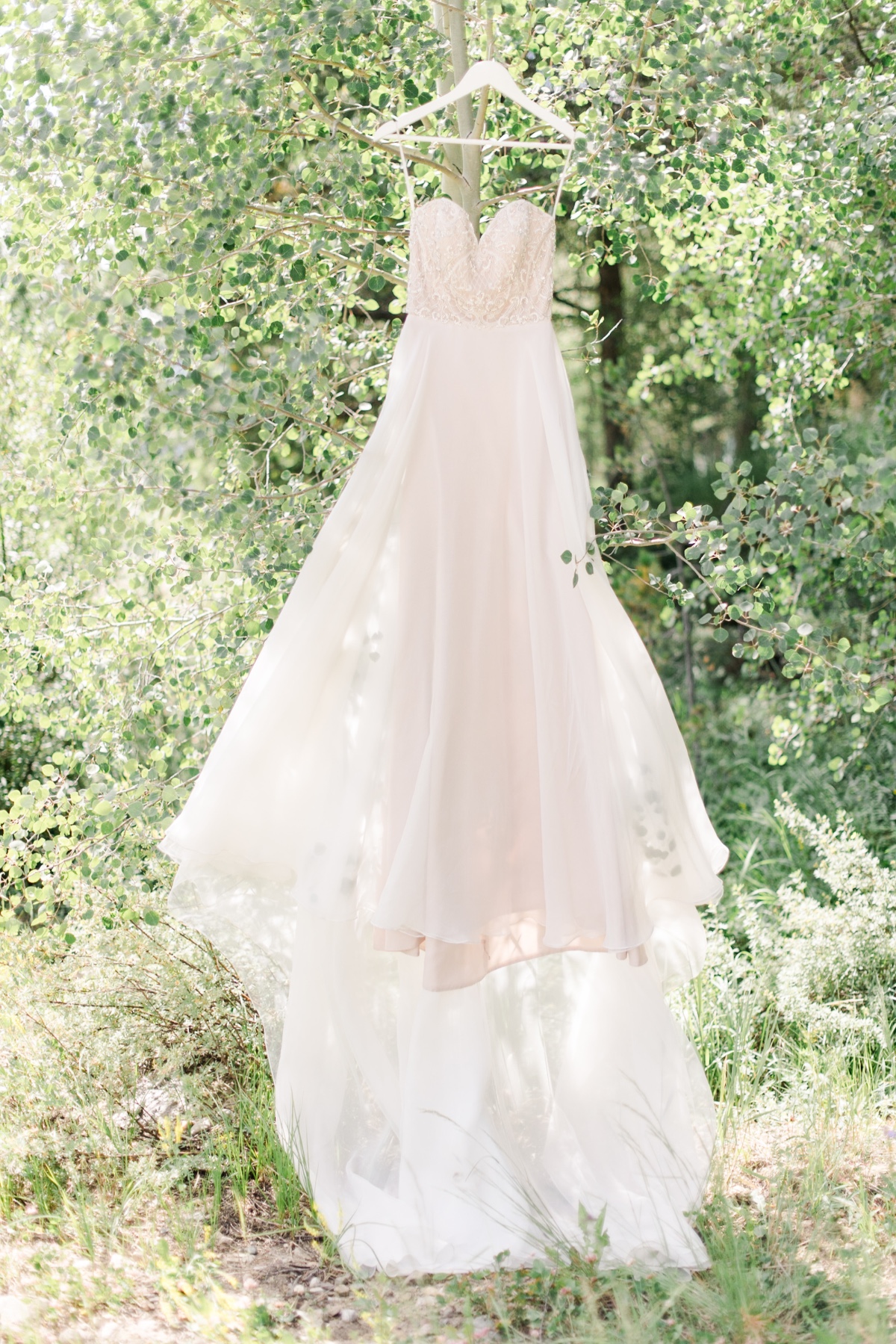 Sofia had grown up visiting Bologna at least once per year because her parents had wanted to make sure she never lost touch with her Italian roots. As Sofia put it, when she and Ken were deciding where they wanted their wedding to be, there was “no question that Bologna was the place”. The idea that the wedding wouldn’t take place there and that her grandparents and parents wouldn’t be present at the ceremony was heartbreaking and overwhelming. Ken and Sofia were both at a loss of what to do and there didn’t seem to be a light at the end of the tunnel. 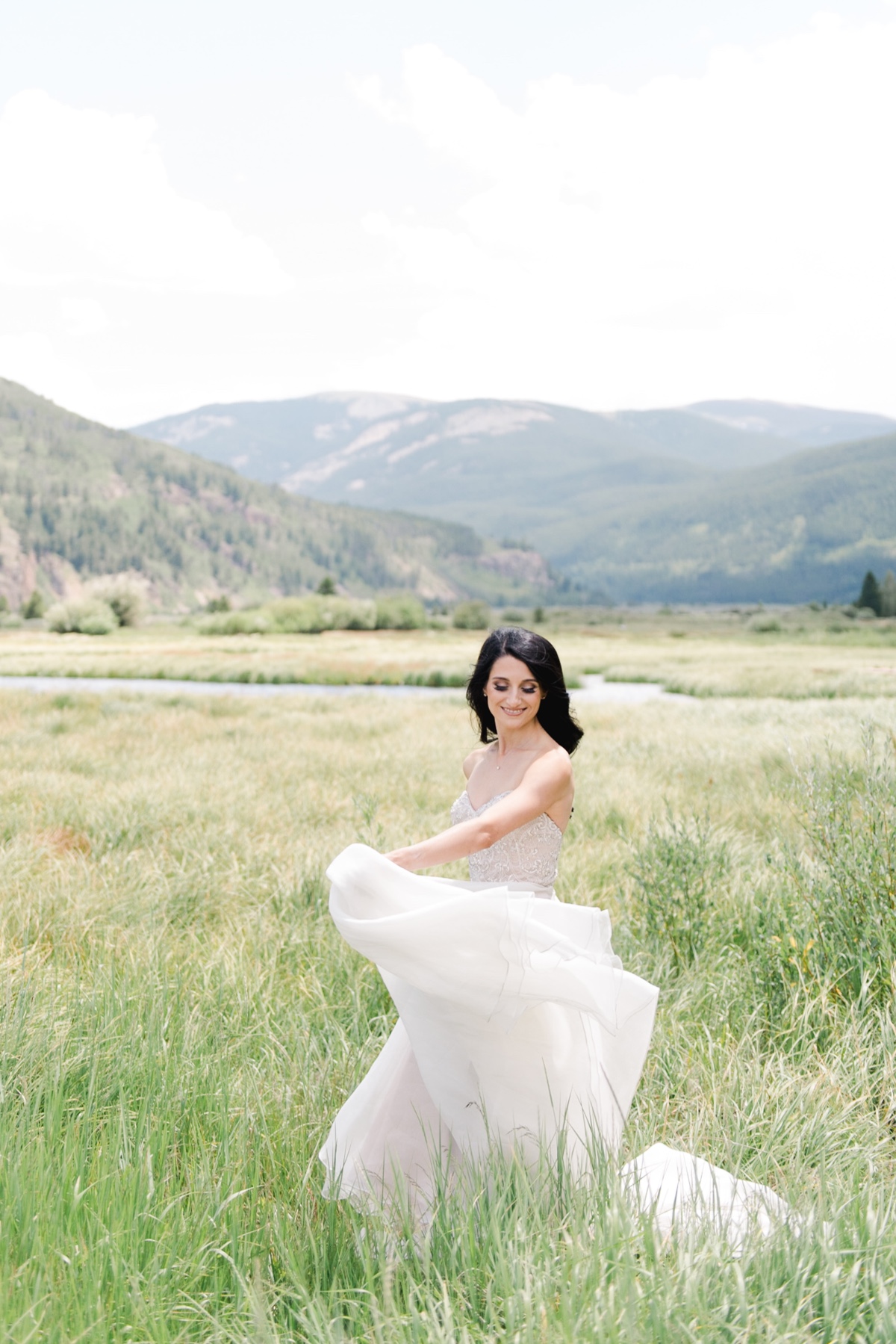 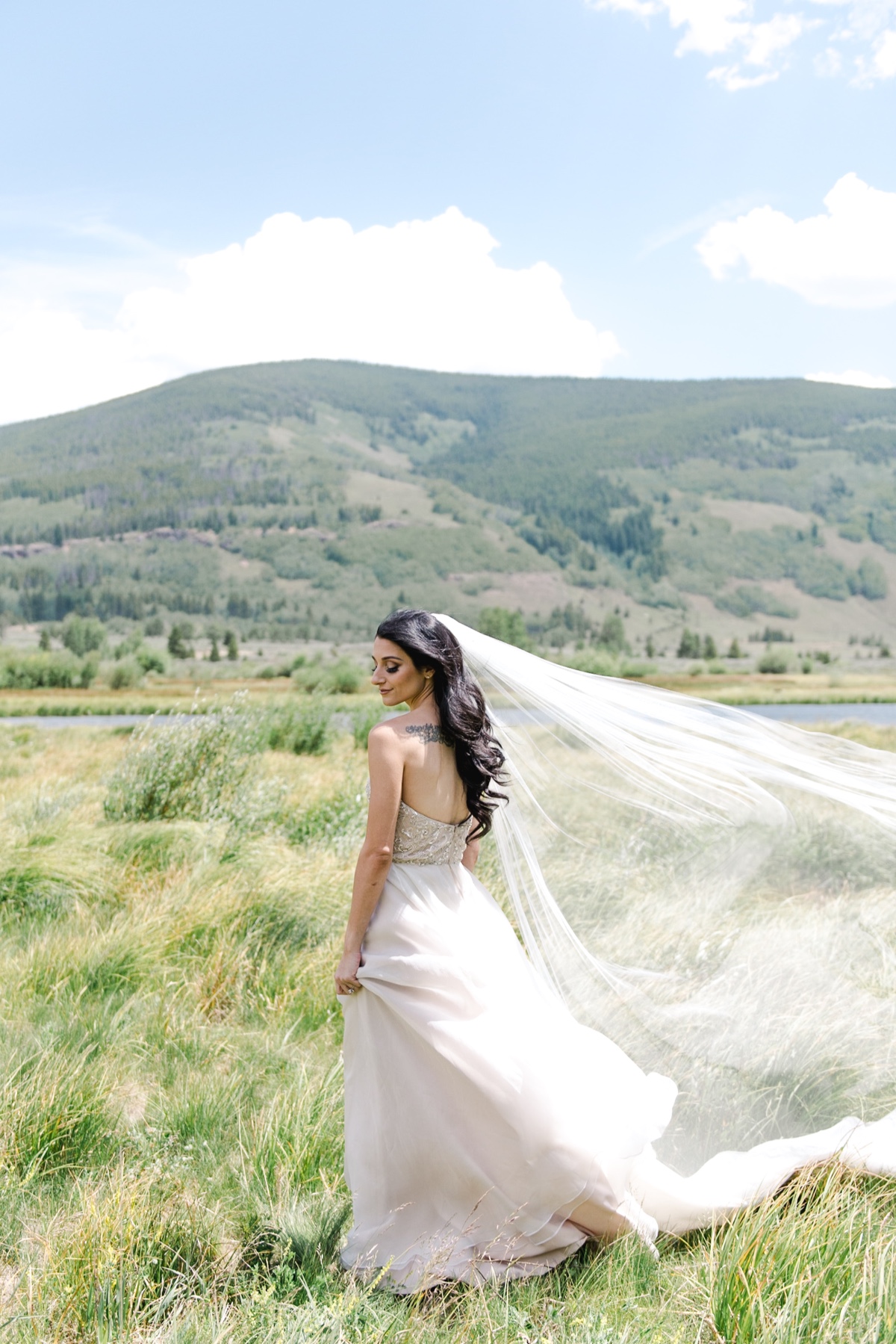 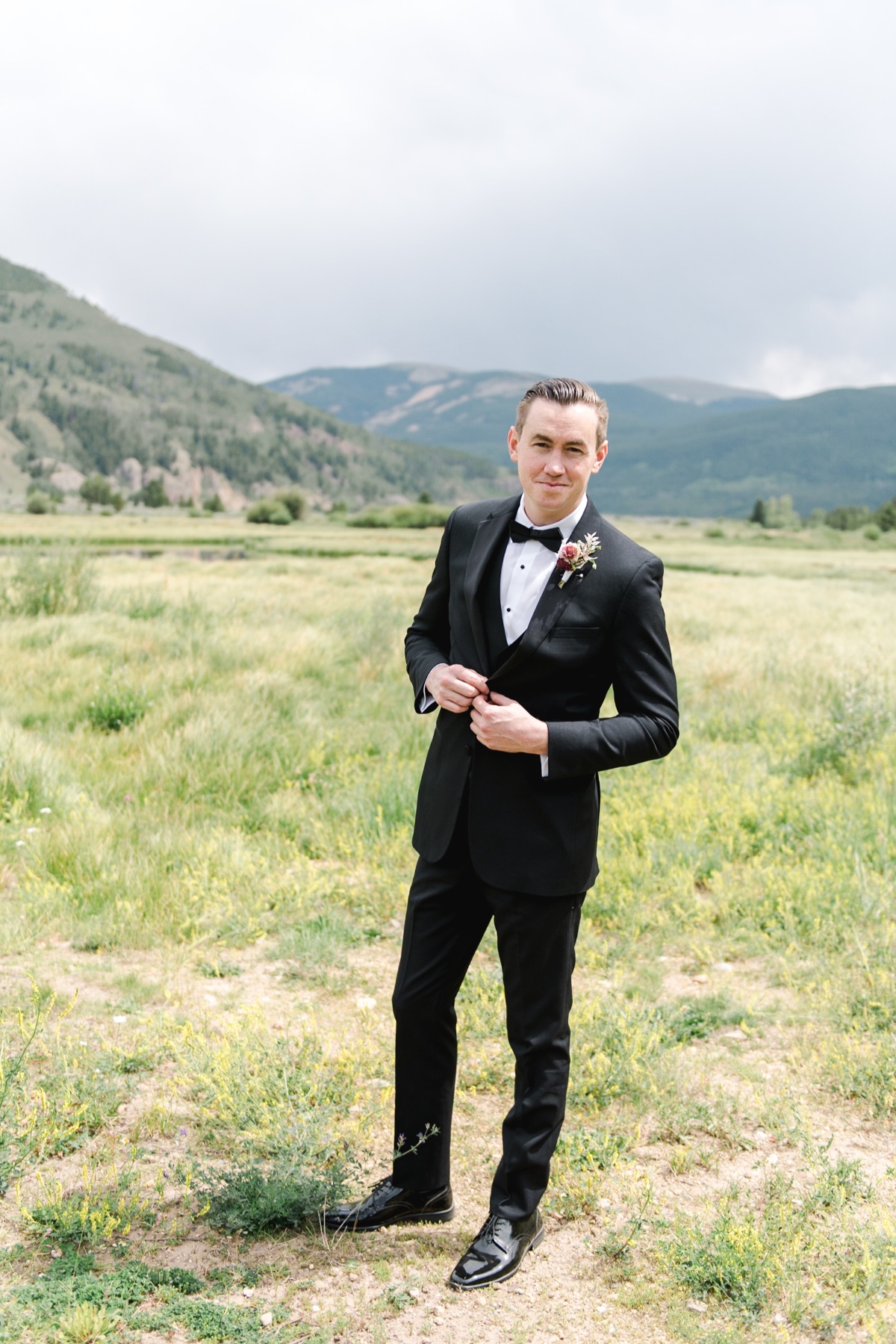 However, they were still determined to get married and began to put all their energy into a new kind of ceremony: a simpler one, but equally as beautiful. They were reminded of the thing that was the most important: their love and commitment to each other. So instead of postponing the event, they decided to plan a gorgeous elopement in the Rocky Mountains. 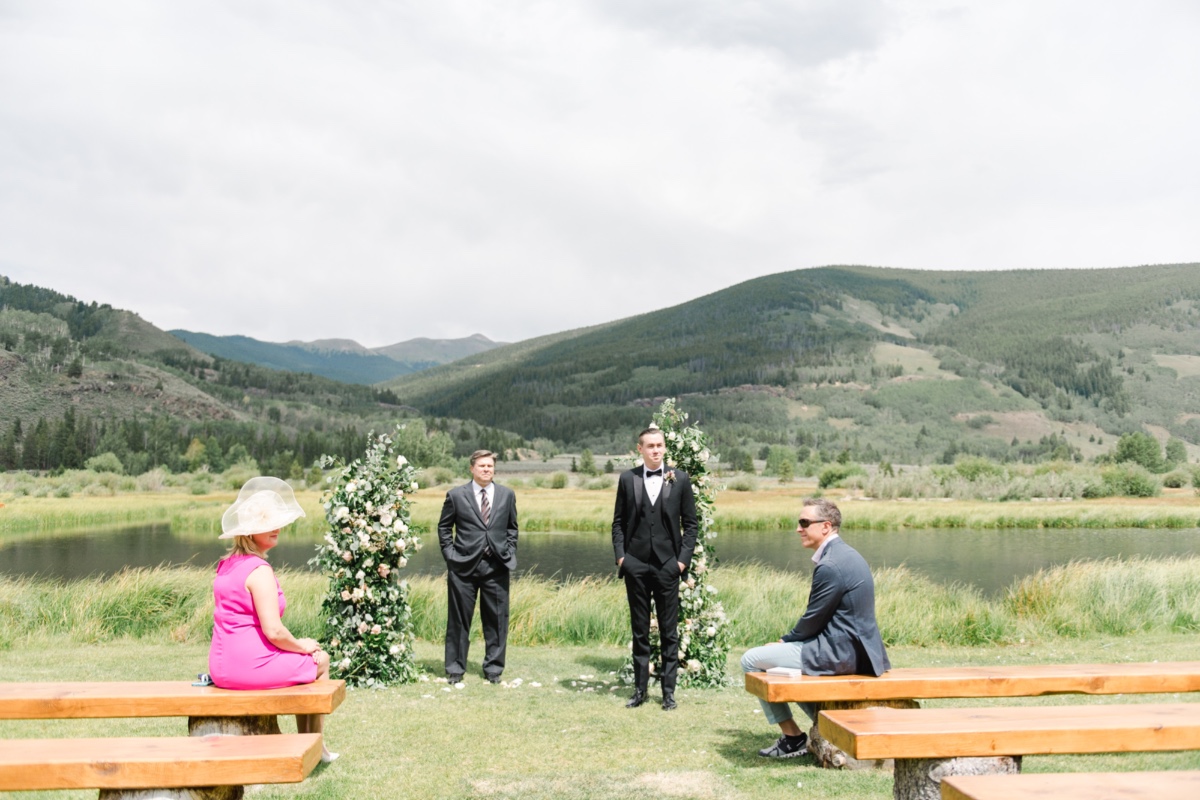 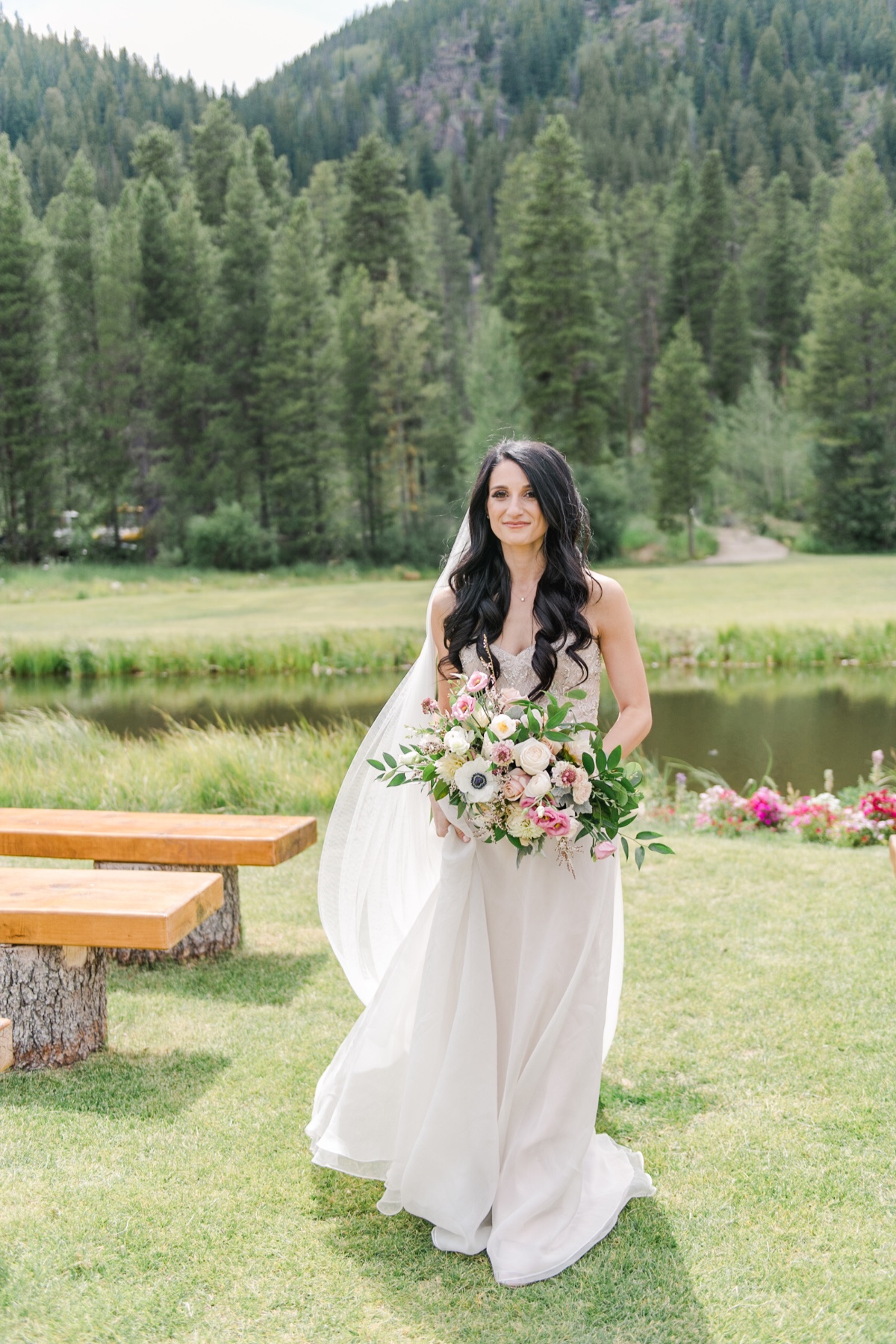 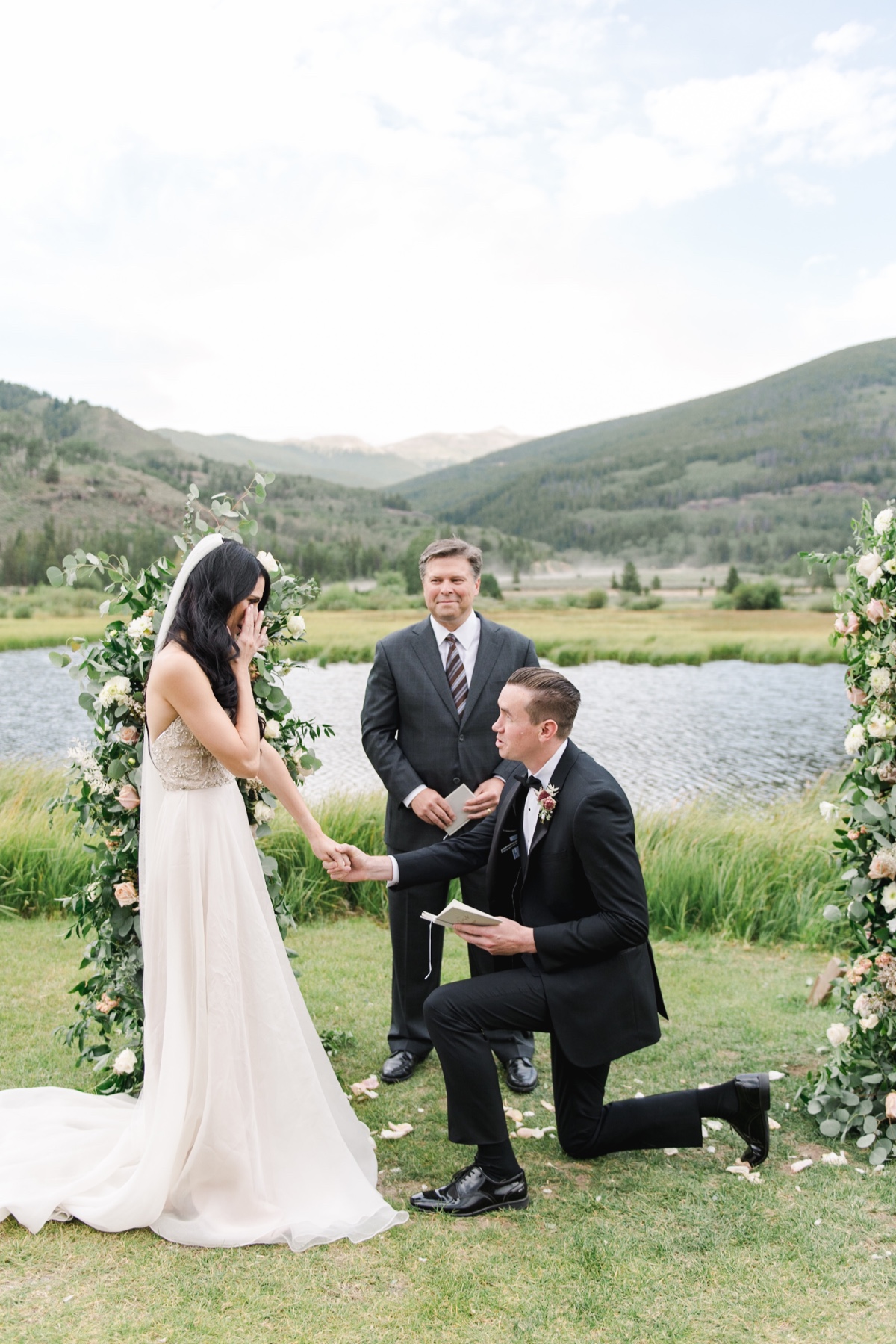 Camp Hale was the perfect location for their elopement, with its rolling hills, snow capped mountain peaks and sprawling valley. The ceremony was performed in the middle of the river on a small island that can only be reached by a long, wooden bridge, which the bride crossed to reach her groom. 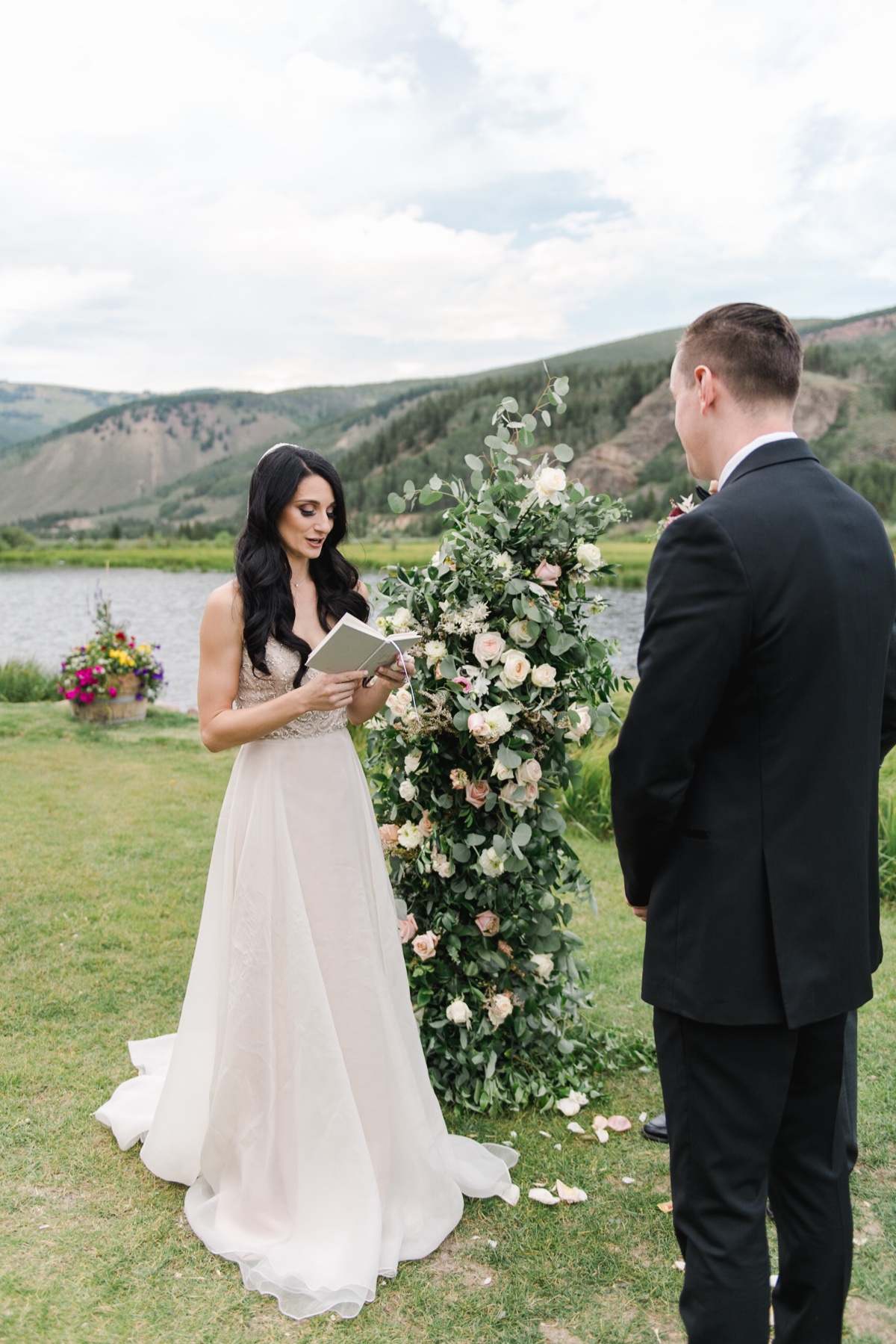 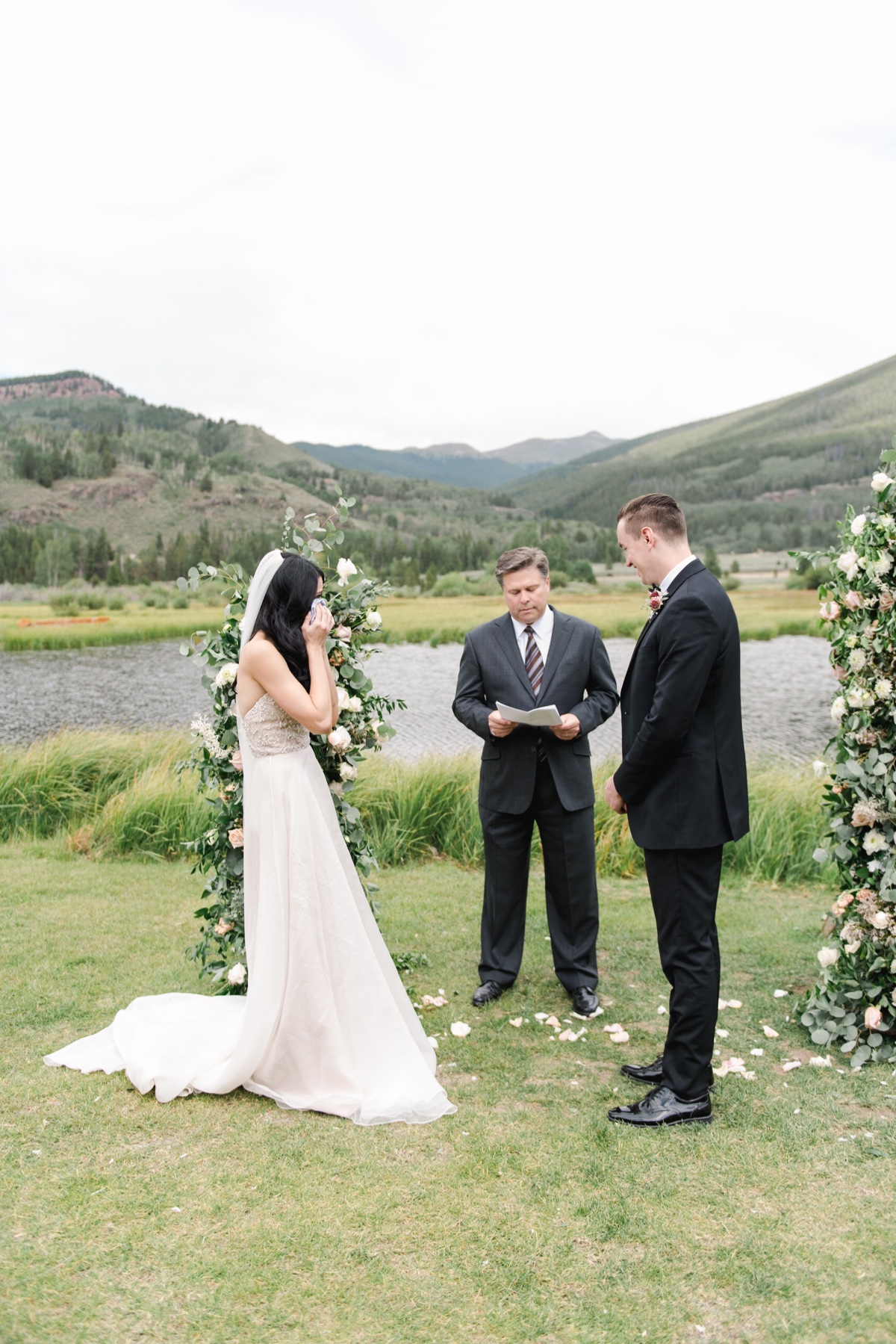 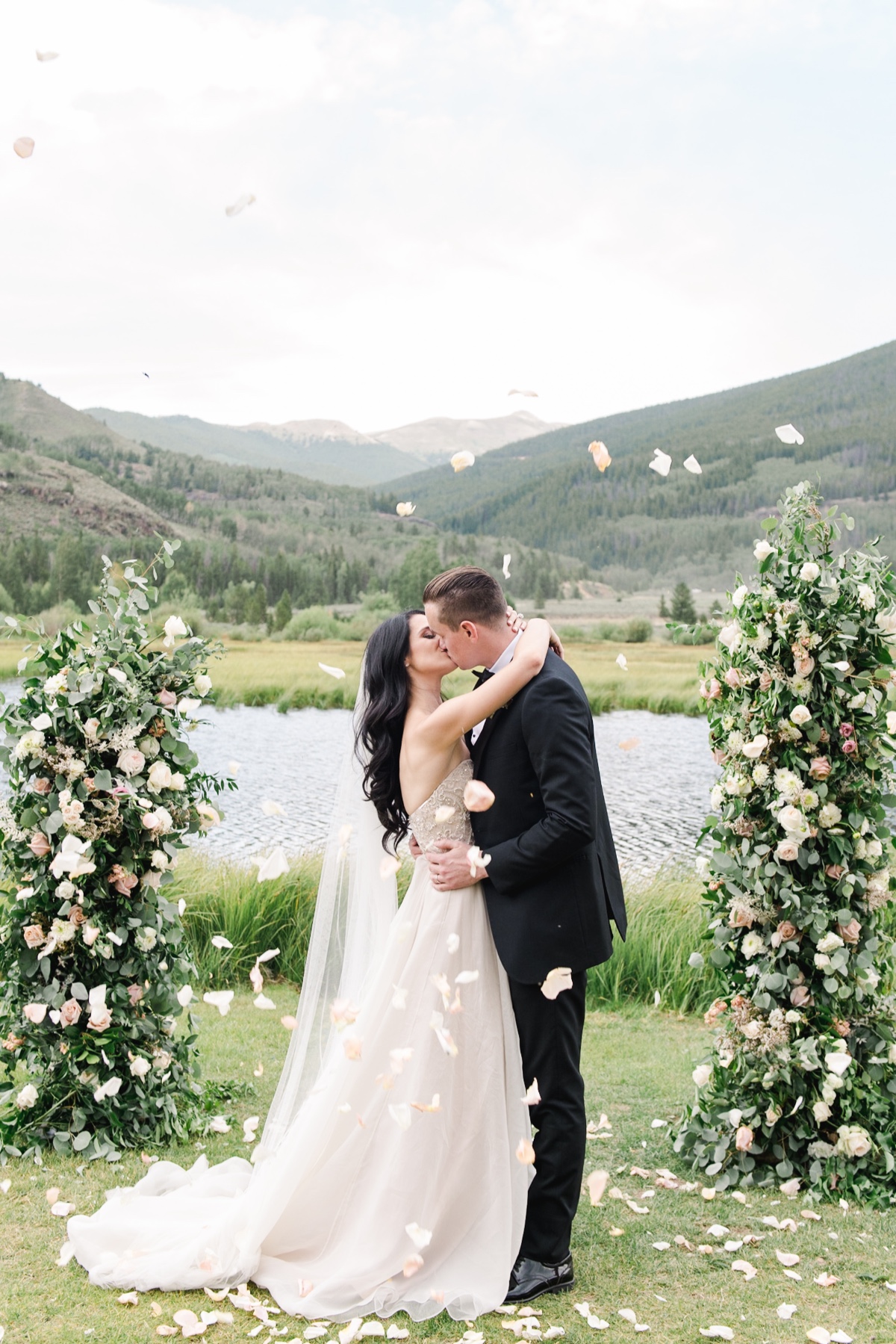 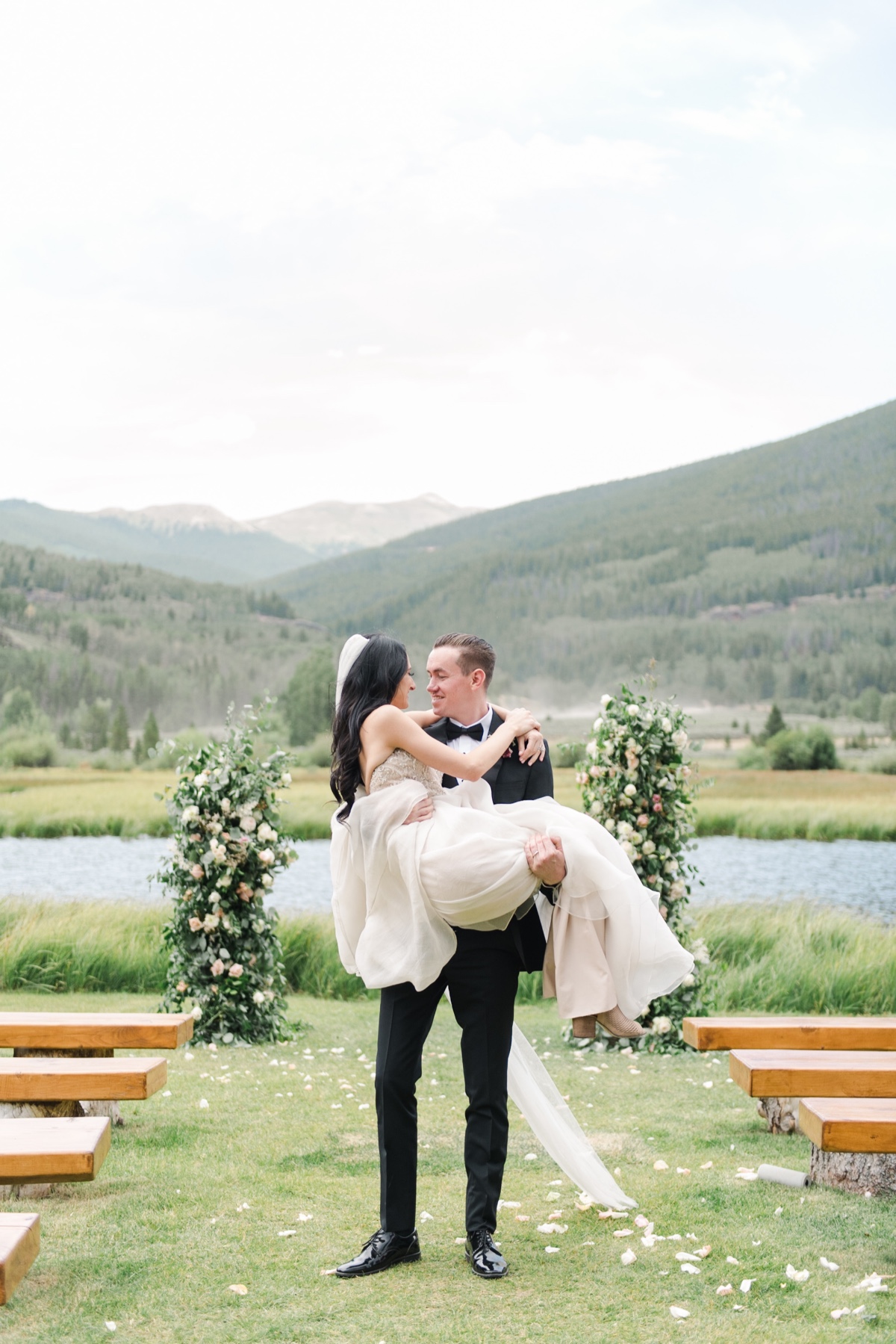 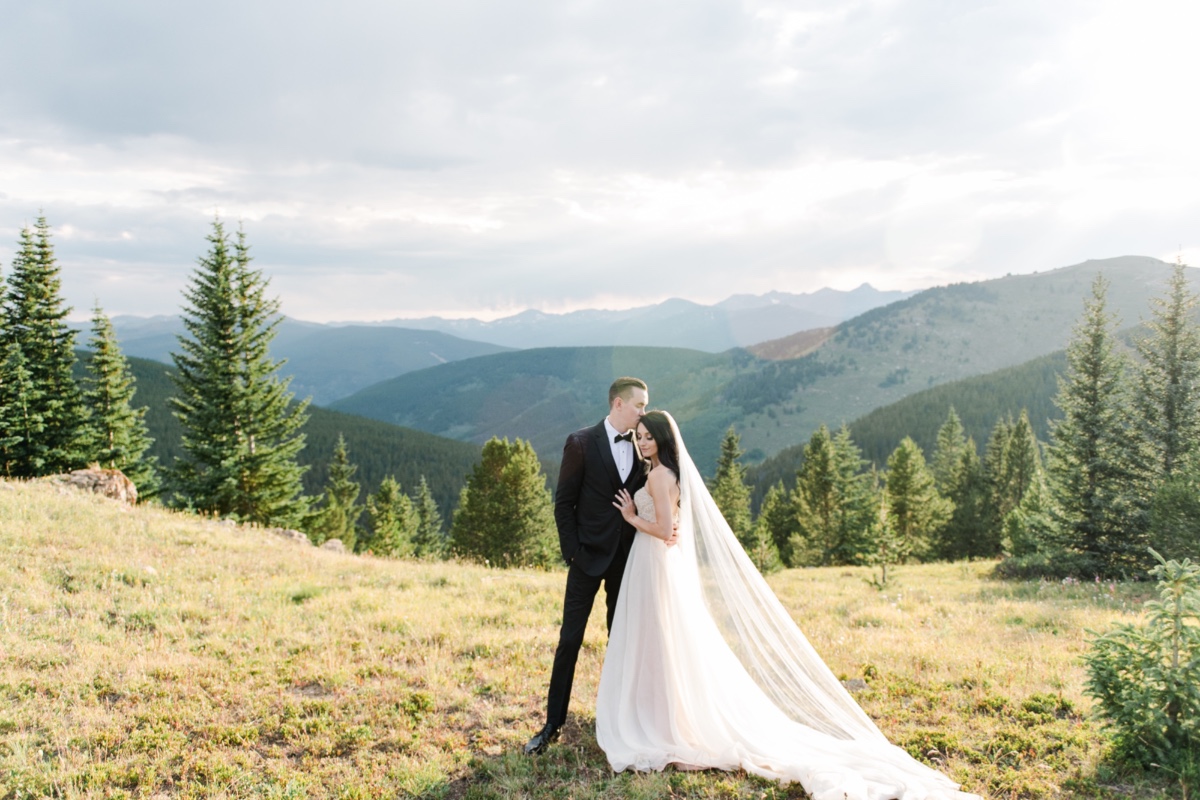 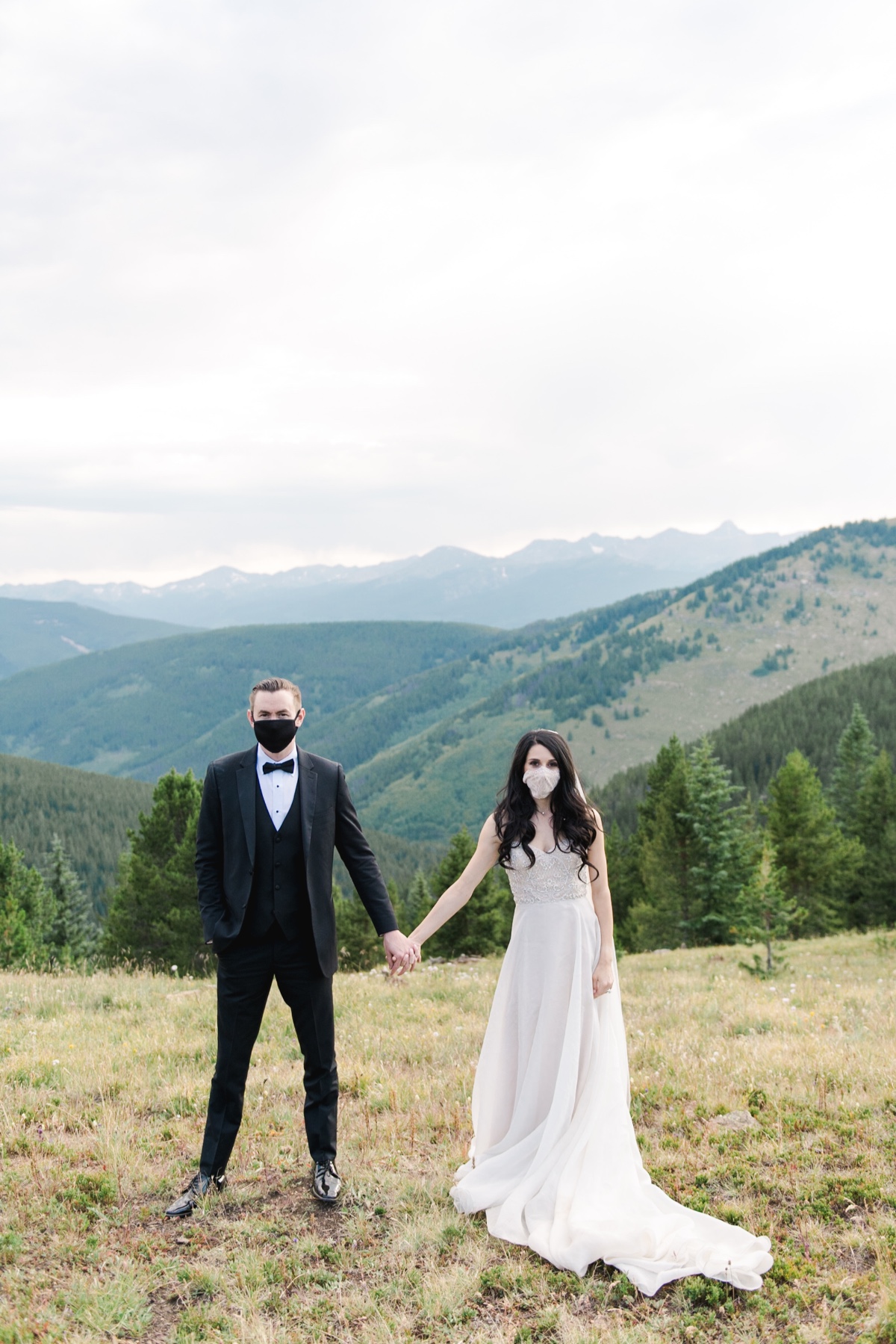 A stunning floral installation by Floral Wild, created with a mix of greenery, pinks and neutral hues, framed the couple as they made their promises and commitment to each other and their life together. At one point, Ken and Sofia’s officiant even surprised the couple with loving messages from their families who were not able to be there - a sweet addition to the ceremony. 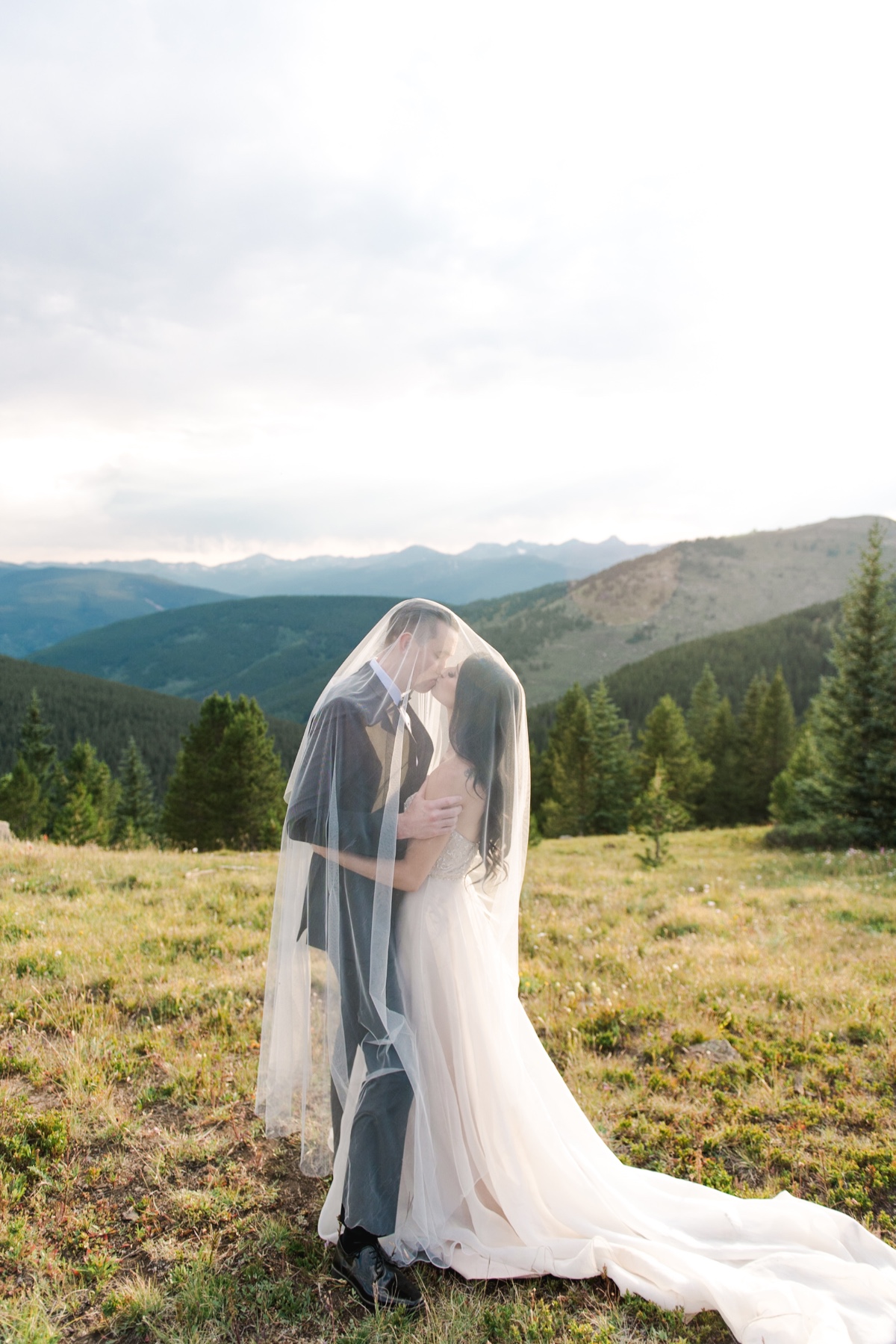 The bride and groom finished the day with a champagne toast, a cake by The Dessert Stand and a sunset ride to the top of the mountain. The day ended up being absolutely perfect and it was clear throughout every moment of the day how much this couple adores each other. They chose positivity and optimism in a dark, impossible situation. Not only was this beautiful to see, but it was a reminder that even in the hard times, there are sparkling silver linings - you just have to look for them. 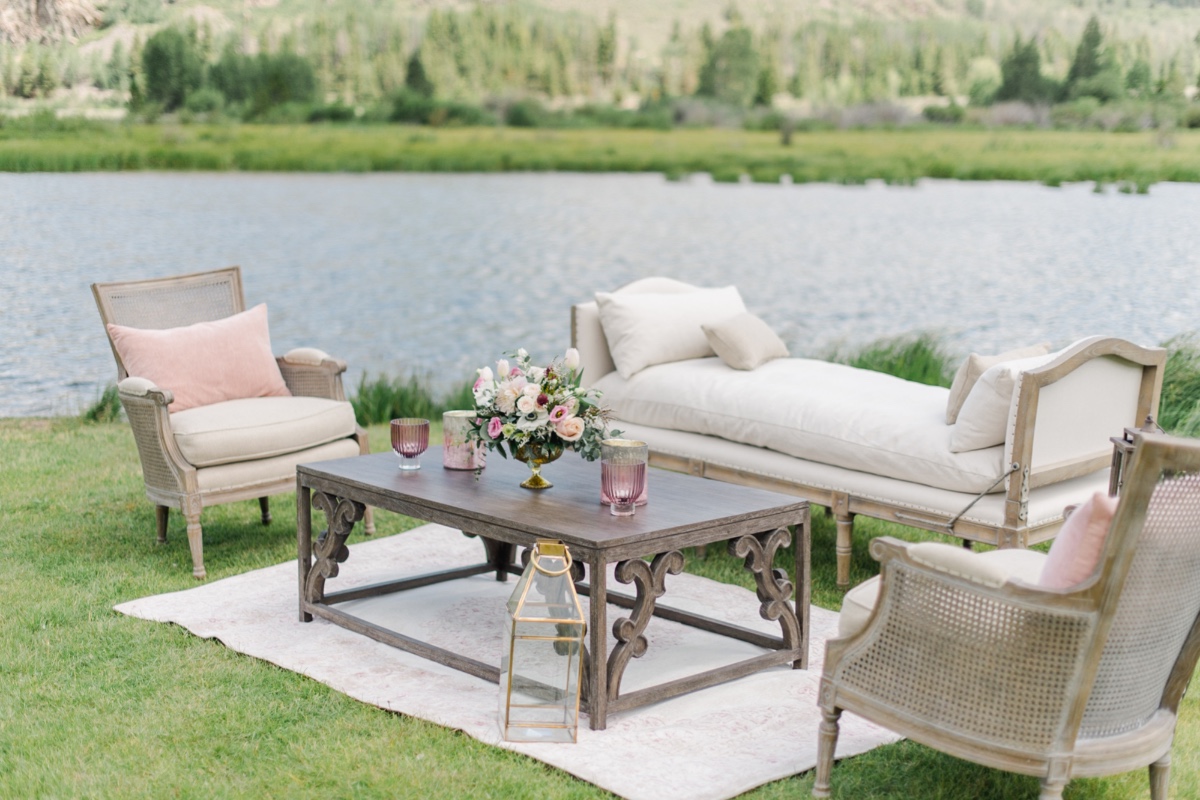 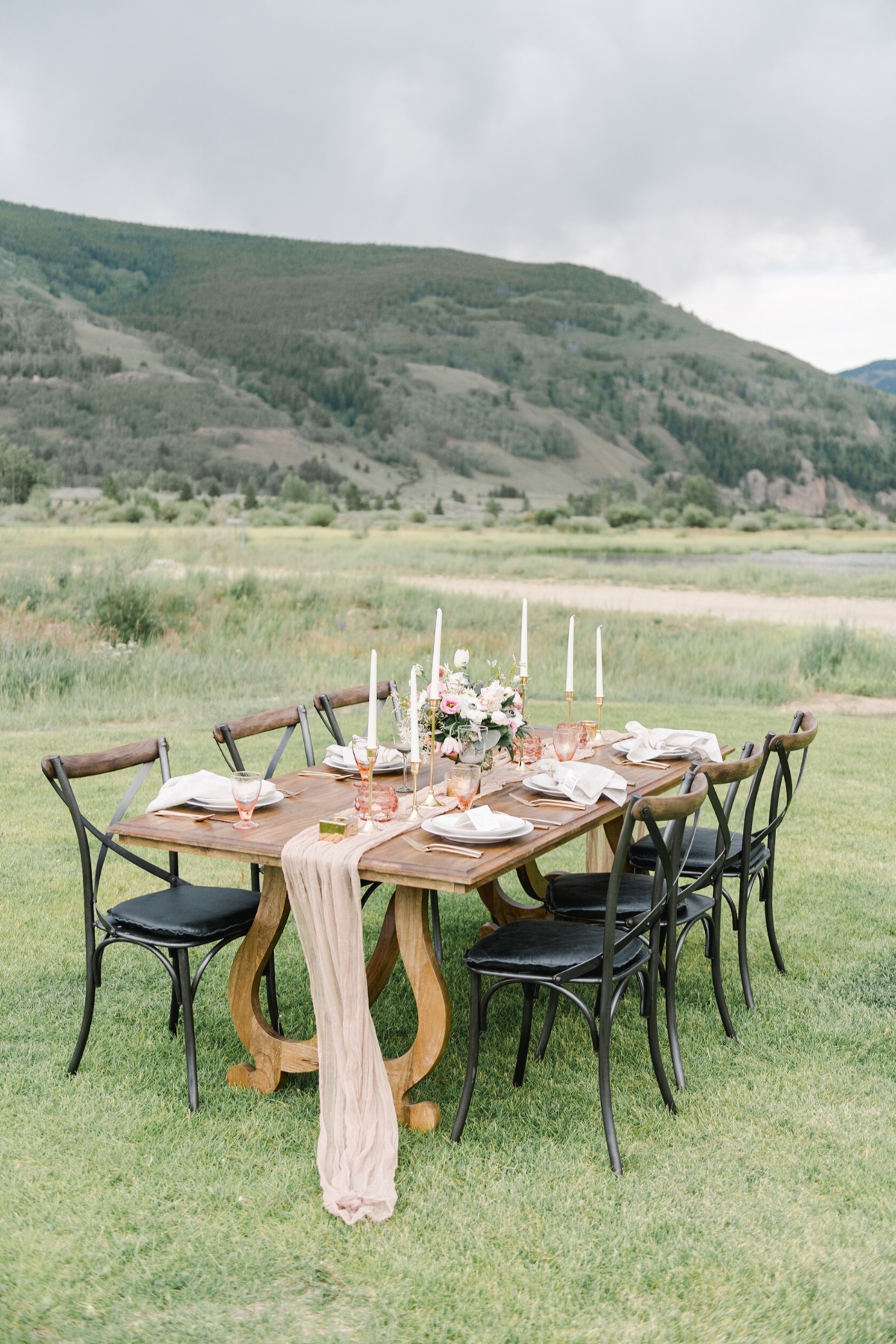 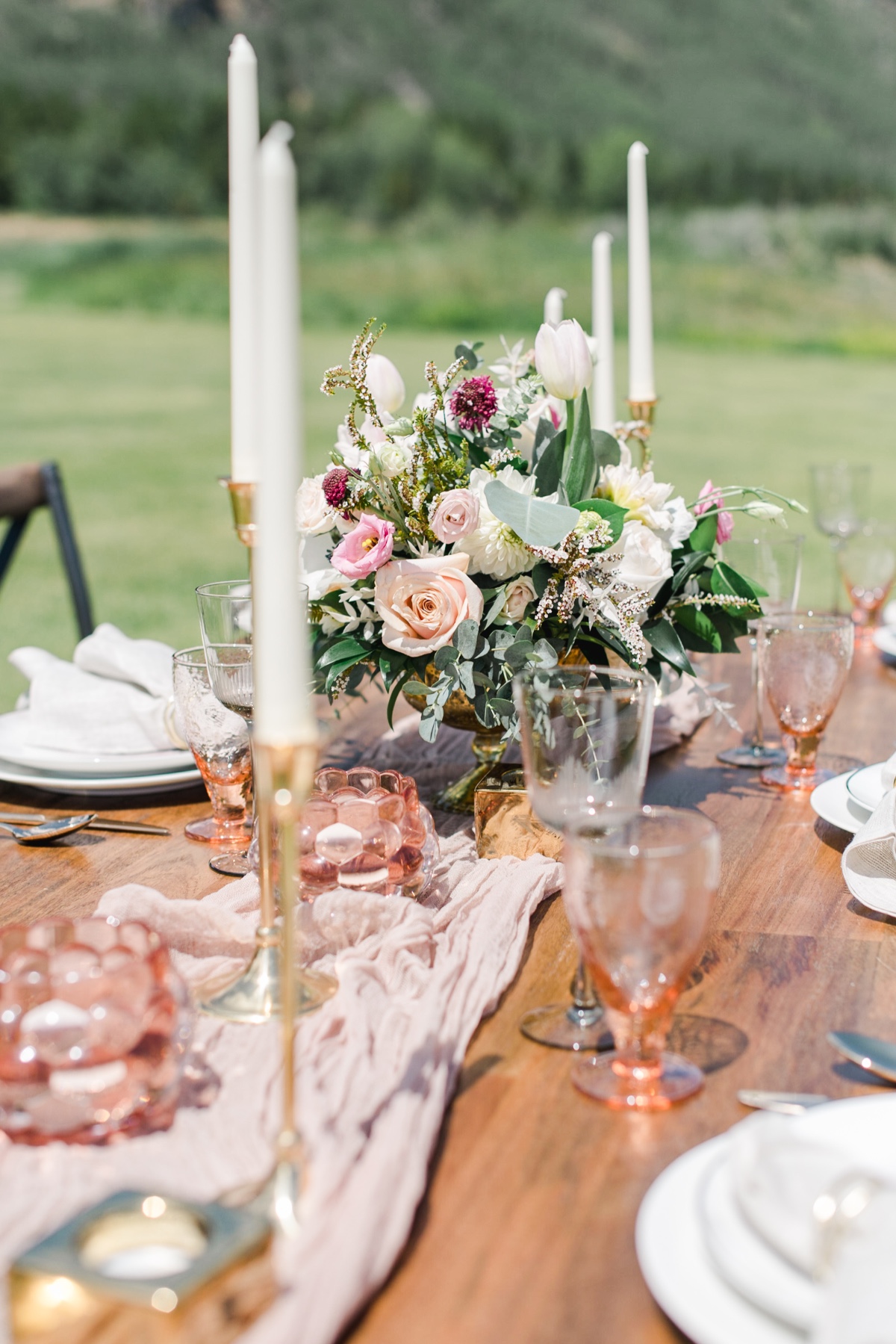 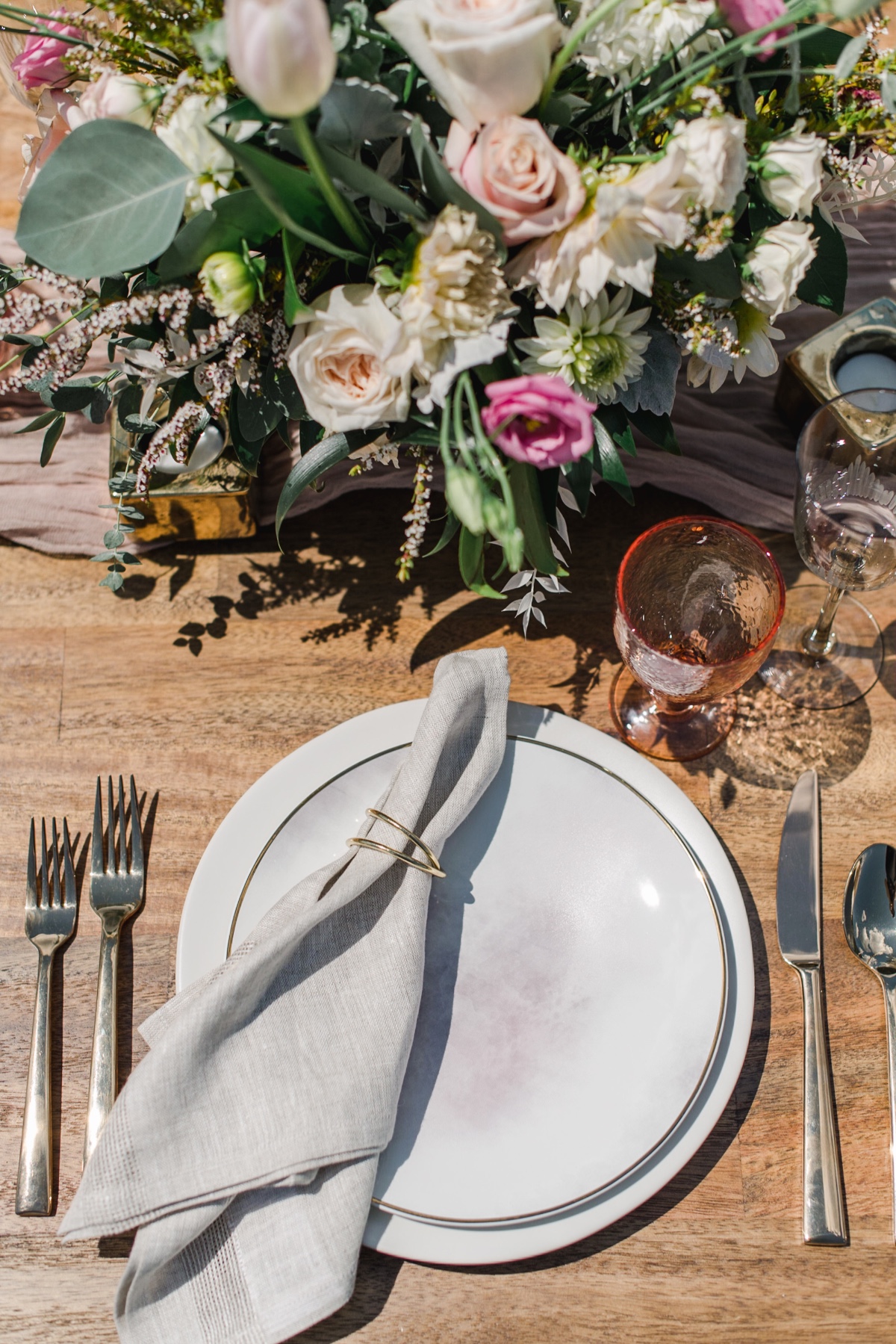 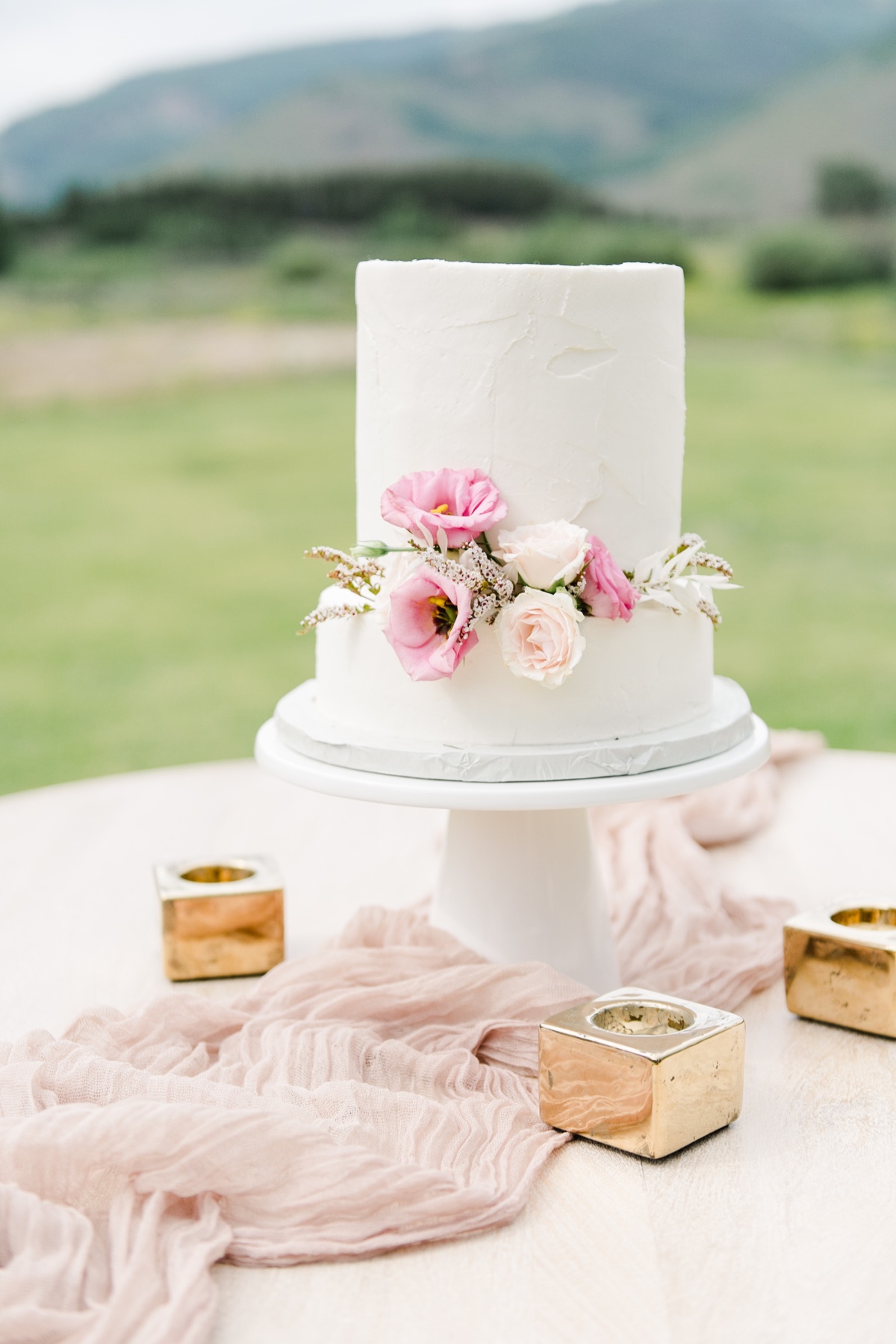 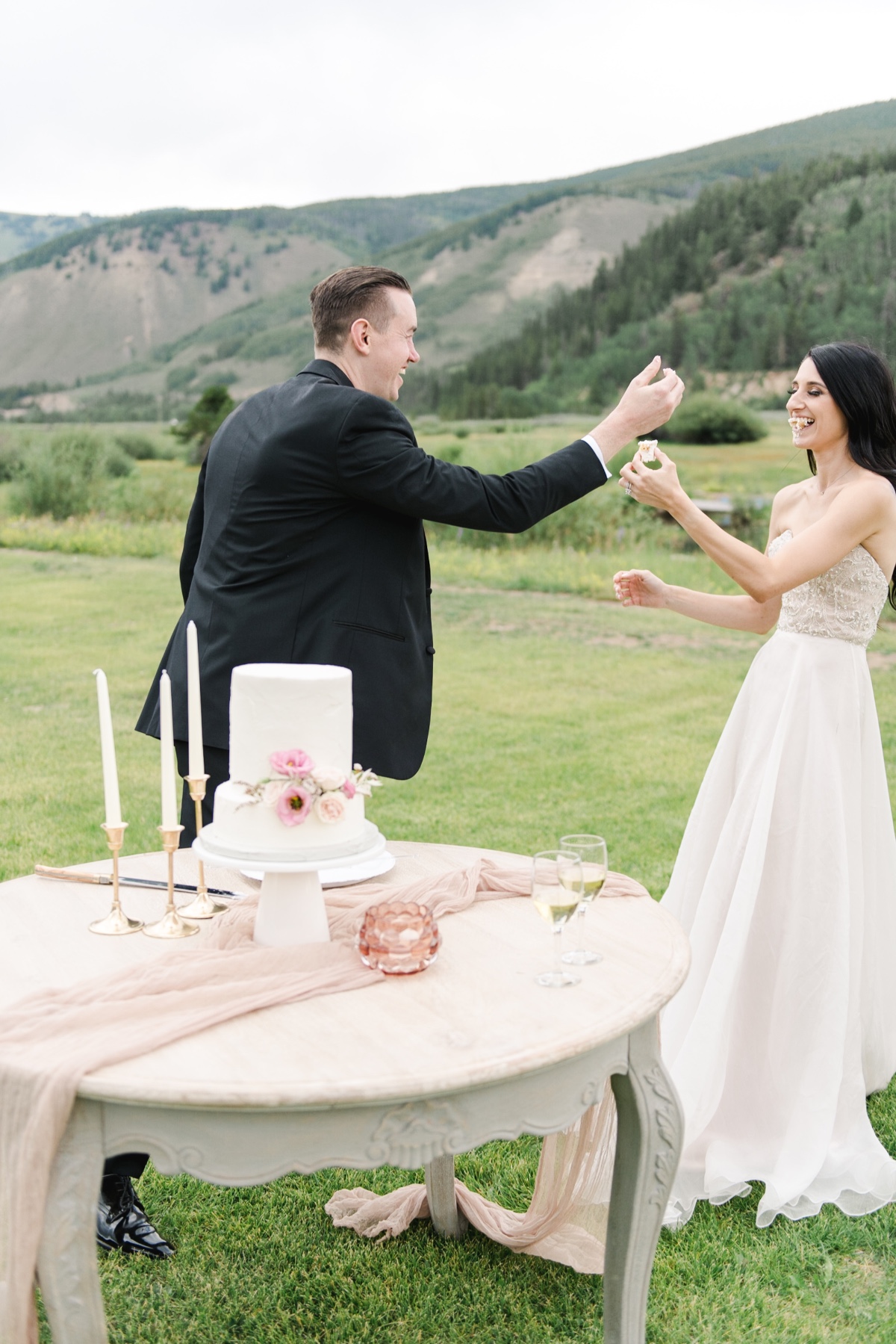 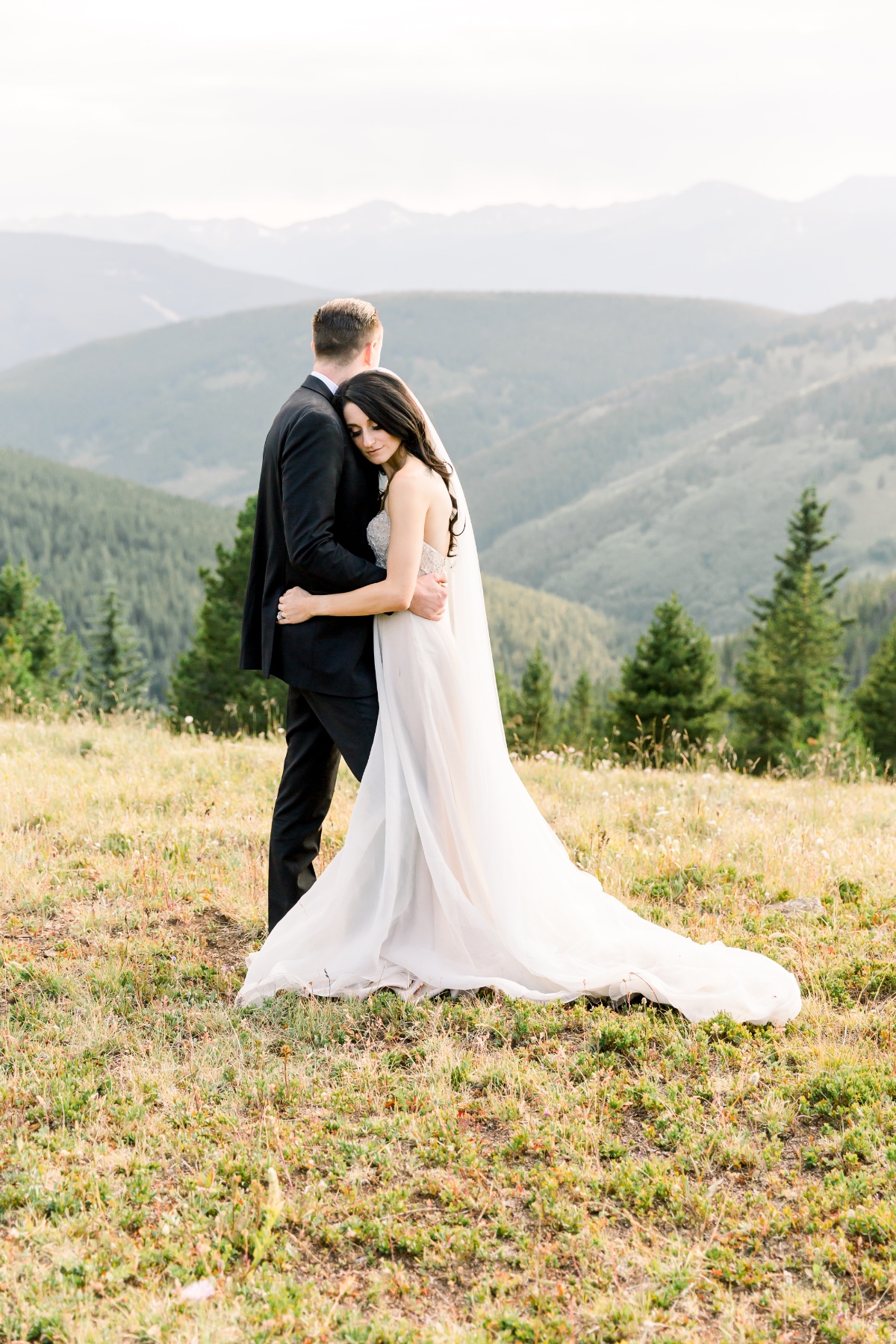 Add your Business for free
Click Here To Get Started