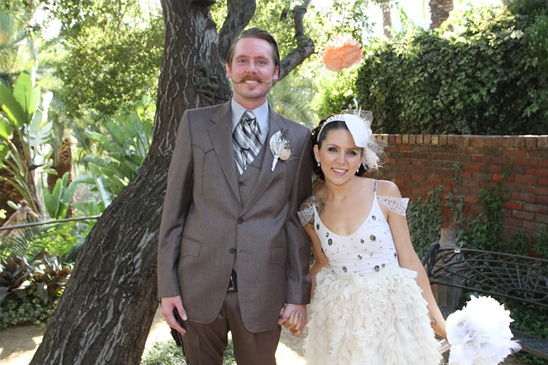 Months of preparation culminated on Saturday, June 26, 2010 at the Houdini Mansion in Hollywood. Janine Jarman, Bravo's Shear Genius season 3 runner up, married sales-executive Matthew Wolcott. The couple has known each other since they were teenagers and were reunited in 2008 when their paths crossed again in Los Angeles. 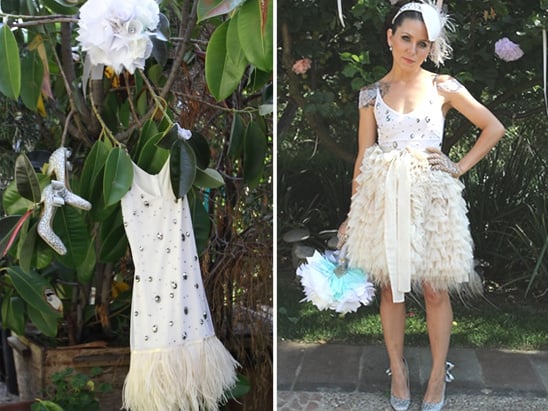 Janine wore a custom gown by Jared Gold and walked down the aisle to "Like A Prayer" by Madonna. At the reception, guests remained outdoors as they dined on a festive menu of finger foods thanks to Catering by Keren including pigs in a blanket, fried chicken & waffles and barbecue ribs. 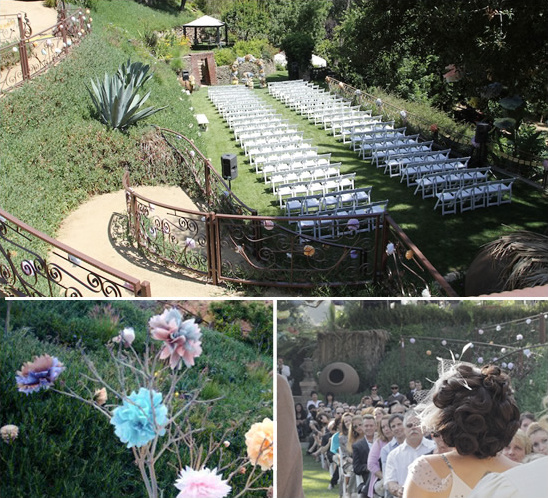 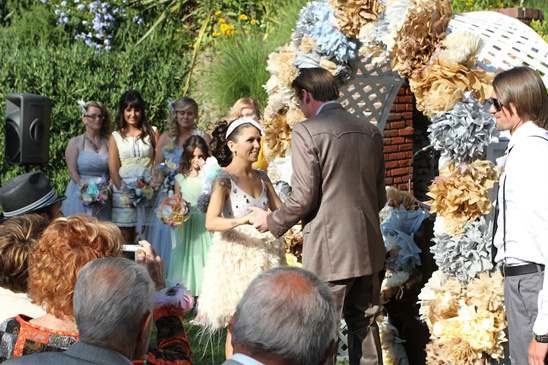 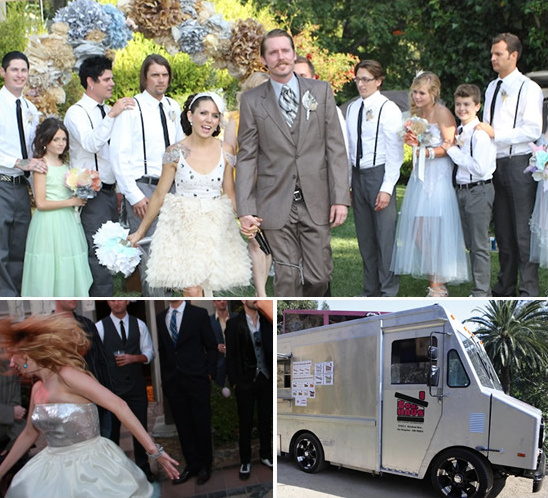 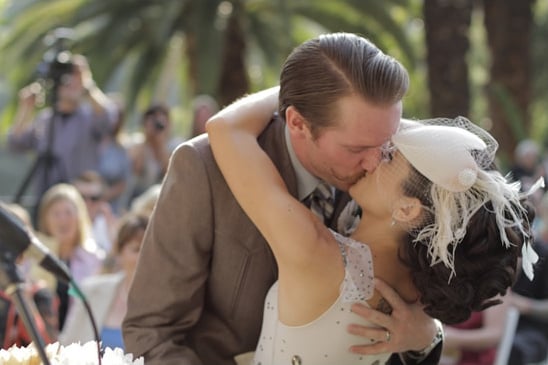