This couple had a rose garden created for their wedding that was filled with lush greenery and POPS of white roses. They bonded over a love of music and movies and included these elements all throughout their wedding. Before the guests arrived, the couple had a moment to themselves where the groom played a song he had written for his bride. The theme of music was carried into the ceremony, cocktail hour, and into the reception where they had their family and friends dance to "The Hustle". They also had quotes from the Disney movie "Up" all throughout the lobby and had their grand exit set to Disneylands Electrical Parade music which was the perfect send-off for them to spend part of their honeymoon at Disneyland.

Keep scrolling to see all of the beautiful photos by  Jessica Hill Photography and the film by  Watertown Films. Danielle Caldwell Events planned every detail and Blum Design in Flowers created all of the amazing florals. You can see all the images in the full gallery.

Paul and McKenzie met on match.com in 2013. The first year they dated long distance between Eugene and Seattle. Paul proposed in April of 2019 at Union station before catching a train to visit family in Seattle.

Both have a love for music and movies and relate to a lot of classics they watched growing up with their dads. It's one thing they bonded on in the beginning of our relationship and they made sure to include it throughout. Before guests arrived McKenzie and Paul opted for a first touch. Being a trained pianist Paul wrote a song and played it for McKenzie while she quietly walked in behind him. They said a prayer and then she quietly walked out. Later on the theme of music was carried out with a string quartet during the ceremony, a quartet and pianist during the cocktail hour, a jazz band for dinner, and a DJ for after dinner dancing.

McKenzie and Paul wanted a classic feel with white, light blush and green tones. They created a rose garden filled with lush greenery with pops of white roses and florals with uplighting.

Once dinner was over and the dance party began, the uplighting shifted to a starry night sky. To carry on the tradition of music the father-daughter dance transitioned into Paul and my family joining us for "The Hustle". The weeks of practice leading up to the wedding are some of my favorite memories! I also wore my moms necklace for our ceremony.

Other details include the floral designs on the cake that played off of the wedding invitations. Lobby art with quotes from Disney and Pixars "Up". Paul and I spent part of our honeymoon at Disneyland and we had our grand exit with glow sticks to Dinseylands Electrical Parade music. 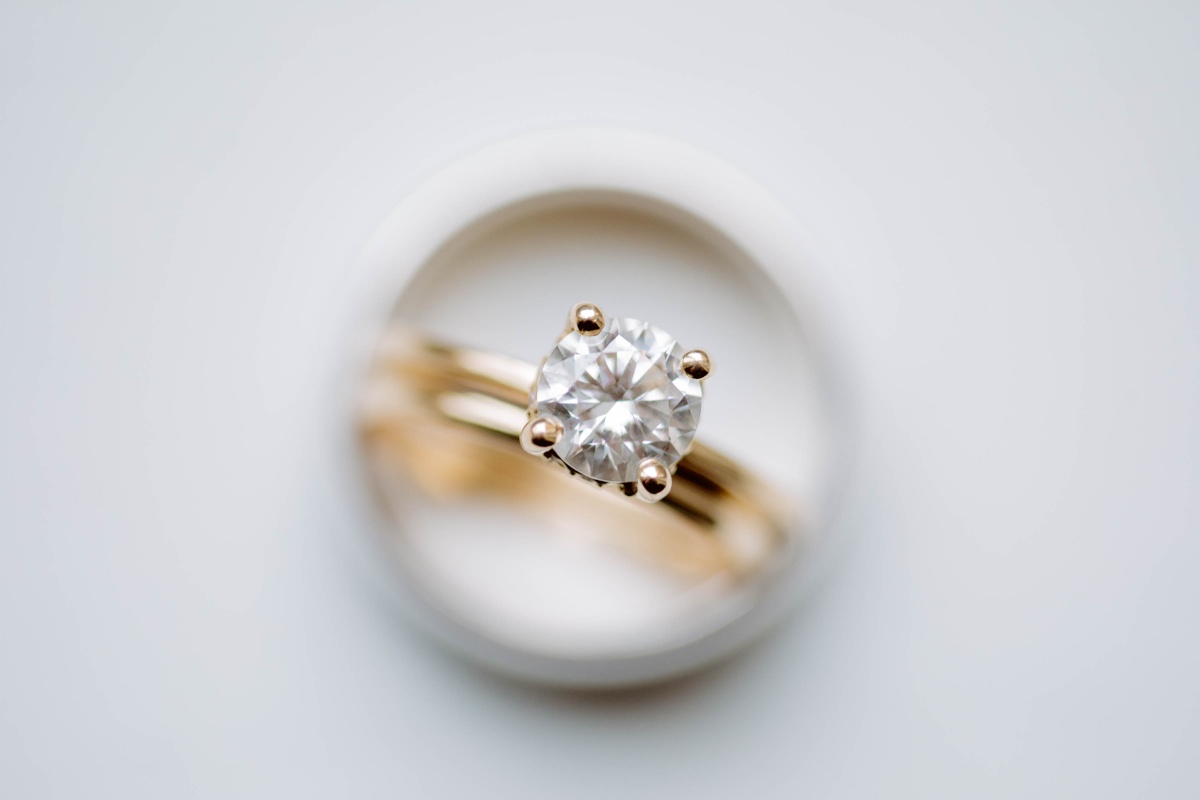 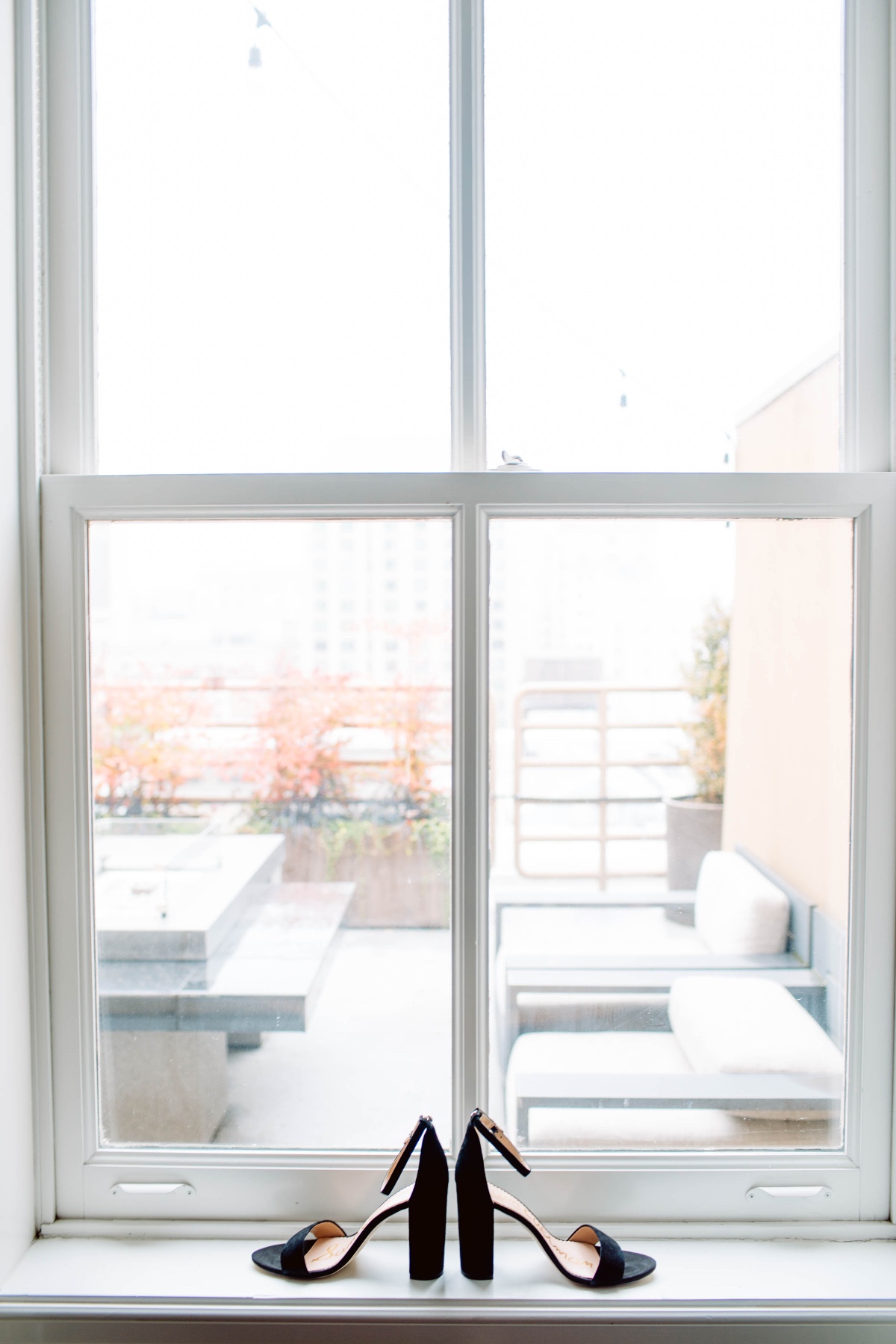 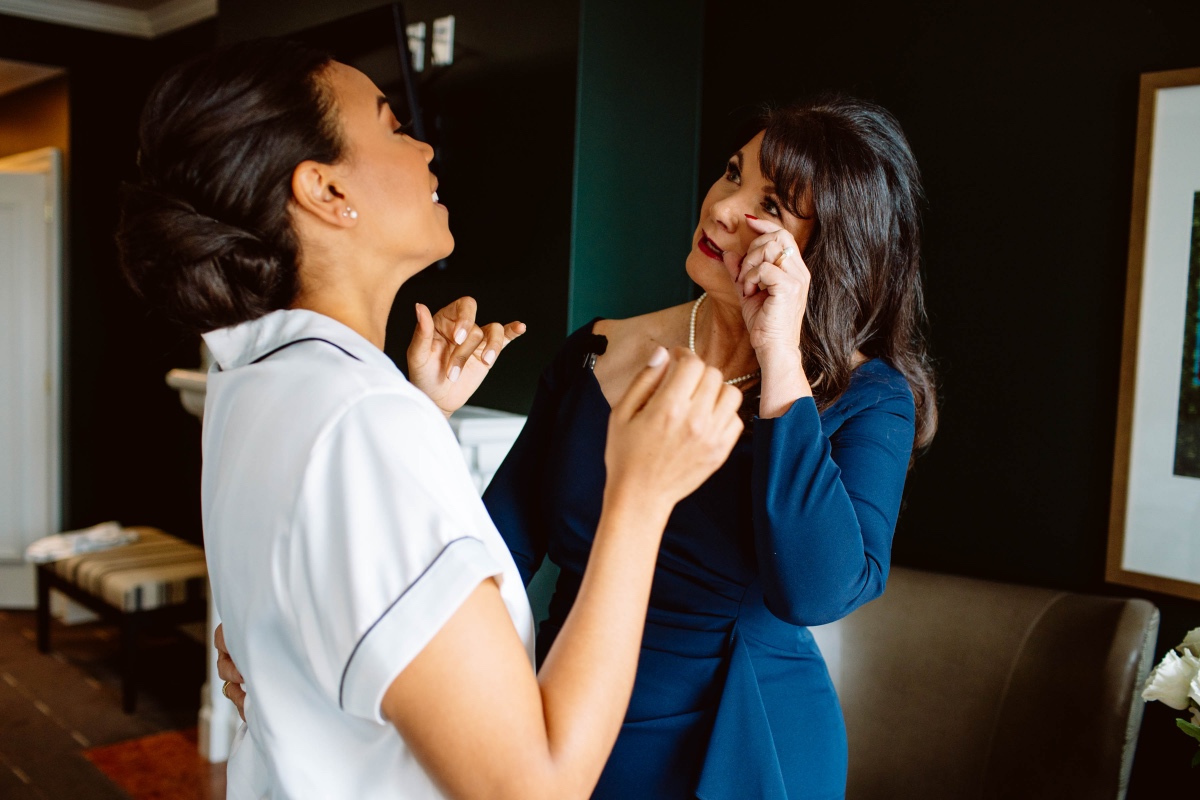 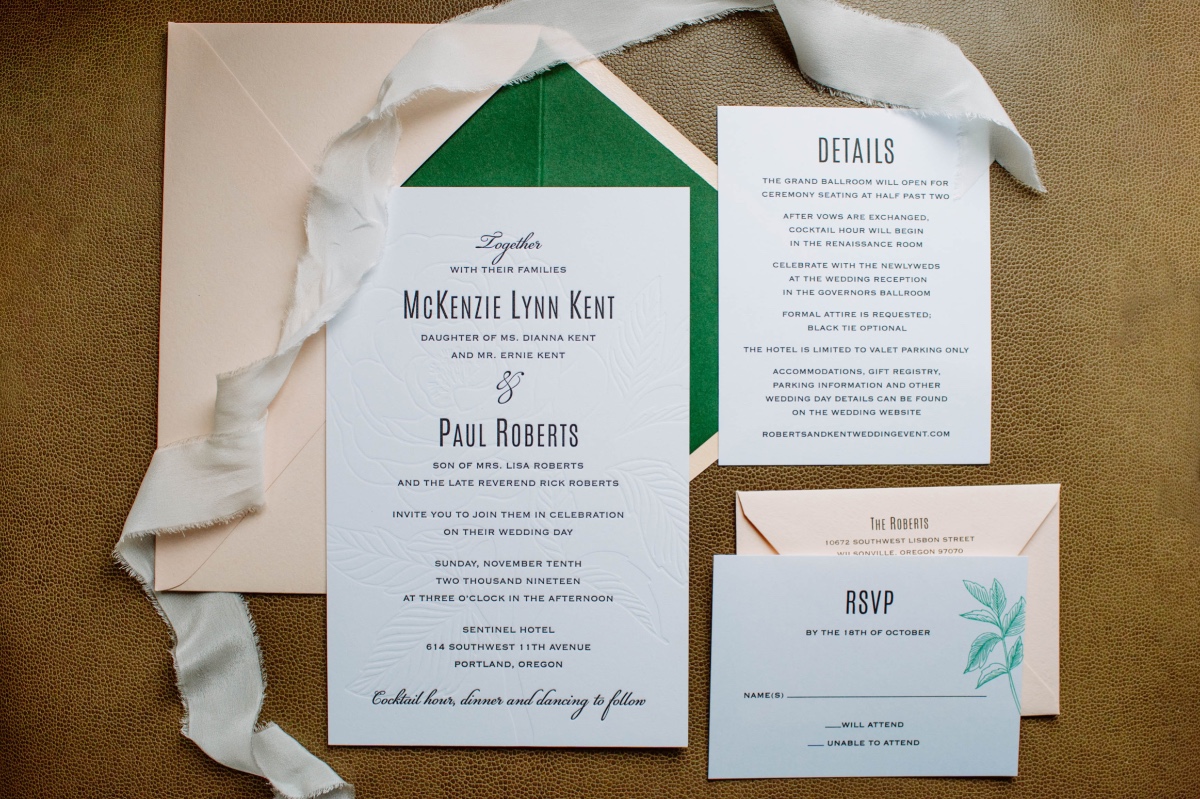 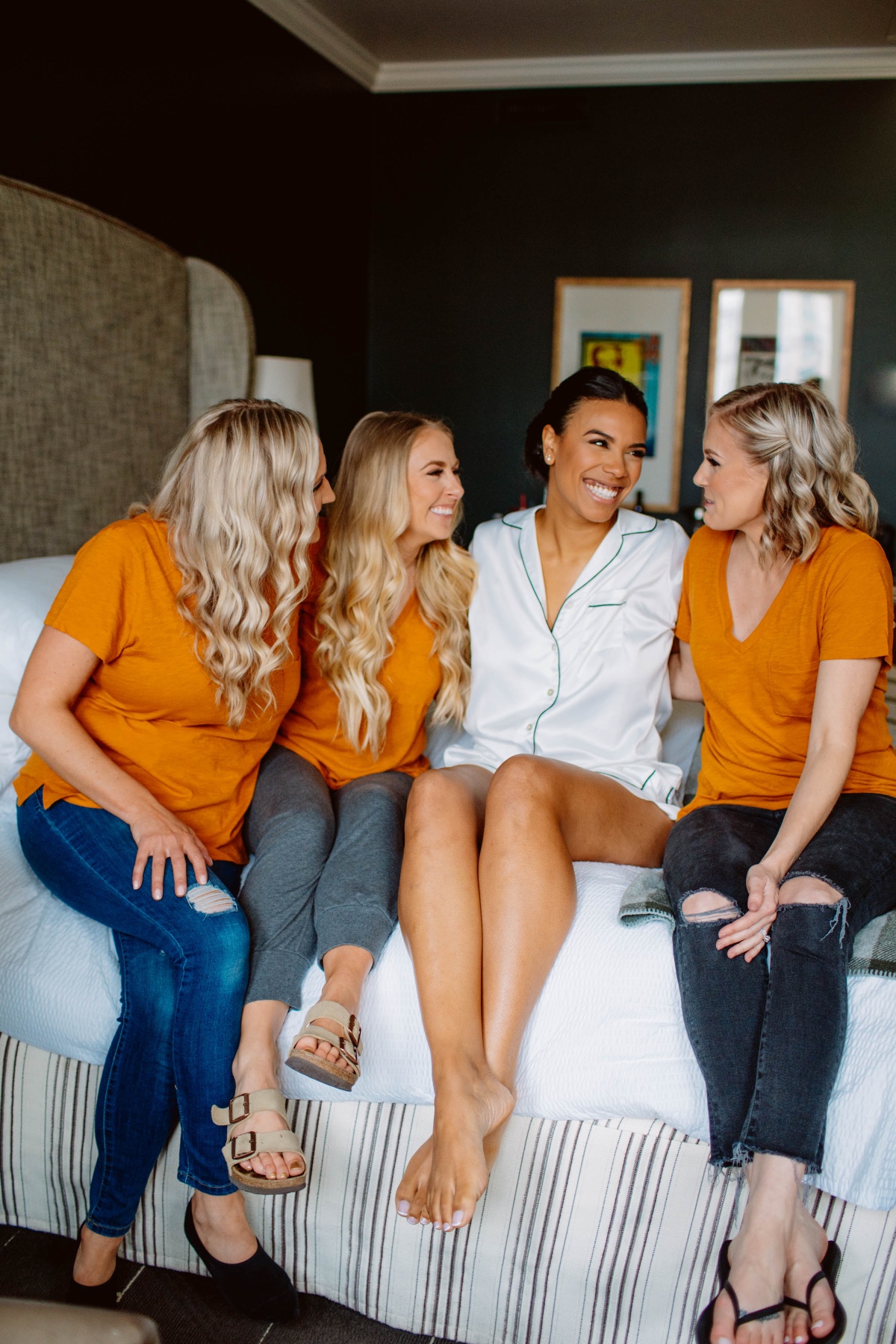