This talented Italian team takes inspiration to the next level by breathing life into a mythical forbidden romance. The rich colors and effortless look make this the perfect inspiration for your upcoming elopement. And yes, you can have multiple looks-even if you elope!

Keep scrolling to see more photos by Alberto Ugato. SDG Wedding planned every detail of this wedding inspiration and Caterina Maurini created all of these incredible florals you'll see throughout. Luca Bellossi was there to film as this inspiration came to life at Stresa Lago in Maggiore, Italy. All the images are in the full gallery, so be sure to click through and read on to hear more from Sara of SDG Wedding.

Aurora is a goddess, Christopher a humble mortal. Since they were children, in order to be together they met in an old abandoned house by the lake, an enchanted place where nobody could see or find them. As she grows up, her parents oppose the union between the two, so they decide to marry secretly in the house of their clandestine meetings.

During the ceremony, Aurora decides to give up her immortality, and she asks the guardian god of the villa to help her. The latter, moved by emotion, decides to grant the girl's wish. At that point, Aurora's parents, informed by the guardian god and impressed by their daughter's extreme gesture, finally decide to approve the marriage.

The Aurora & Christopher styled shoot was born to celebrate a new beginning, a rebirth after the months of fear and tension we have experienced. I have always believed that love can conquer any obstacle. We have seen the purest love fight strongly, love for the country, for neighbor, for medicine, for loved ones, for the weak. Perhaps love is really the only thing that has allowed us to move forward.

With this styled shoot, I wanted to celebrate this strength that allows you to overcome adversity and experience what is most beautiful in this world. Aurora & Christopher represent this idea-two young lovers, hindered by everything and everyone, but who, in the end, win only because they are united.

Breathing Life into The Vison

It all started with the choice of models: Vittorio, a Neapolitan and POC. My aim was to send a strong message in this period in which unfortunately the fear of diversity is still very real. I wanted to celebrate their love and the fact that despite adversity and the current political climate, love wins. We decided on Letizia for the interpretation of Aurora-candid, petite, with fiery red hair (symbolizing the passion and strength of this bride), all totally in contrast with Christopher, who is tall and powerful.

All of the other elements followed this concept and the plot of the story: Isabella Caposano's dresses were each chosen for different reasons: the first antique and feathered pink to represent the gracefulness of the girl who runs away to marry her beloved. The second, shimmering and regal, symbolizes the joy and divine celebration following the approval of the marriage. The third is simpler, but still impactful, for the finale.

Chiara, Remo, and Alessandra from Io Amo Il Mio Parrucchiere interpreted the three vignettes with three different hairstyles and two different makeup looks. The bride had to project an aura of grace. In the first scene, she wakes up slightly disheveled to escape and get married. The second look had lean more towards regal. And the third, light but not frivolous, like the final dress. The same was true for the make-up, almost non-existent at the beginning, then sparkling and striking the second.

Silvia's choice of Femminile Singolare for the jewelry was born from Silvia's affinity for the project. The brand is inspired by the poem of Sant'Agostino "Love and Do What You Want", perfectly in line with the story of the couple. They even went so far as to engrave the phrase on the wedding rings and make them unique and tailor-made for them. 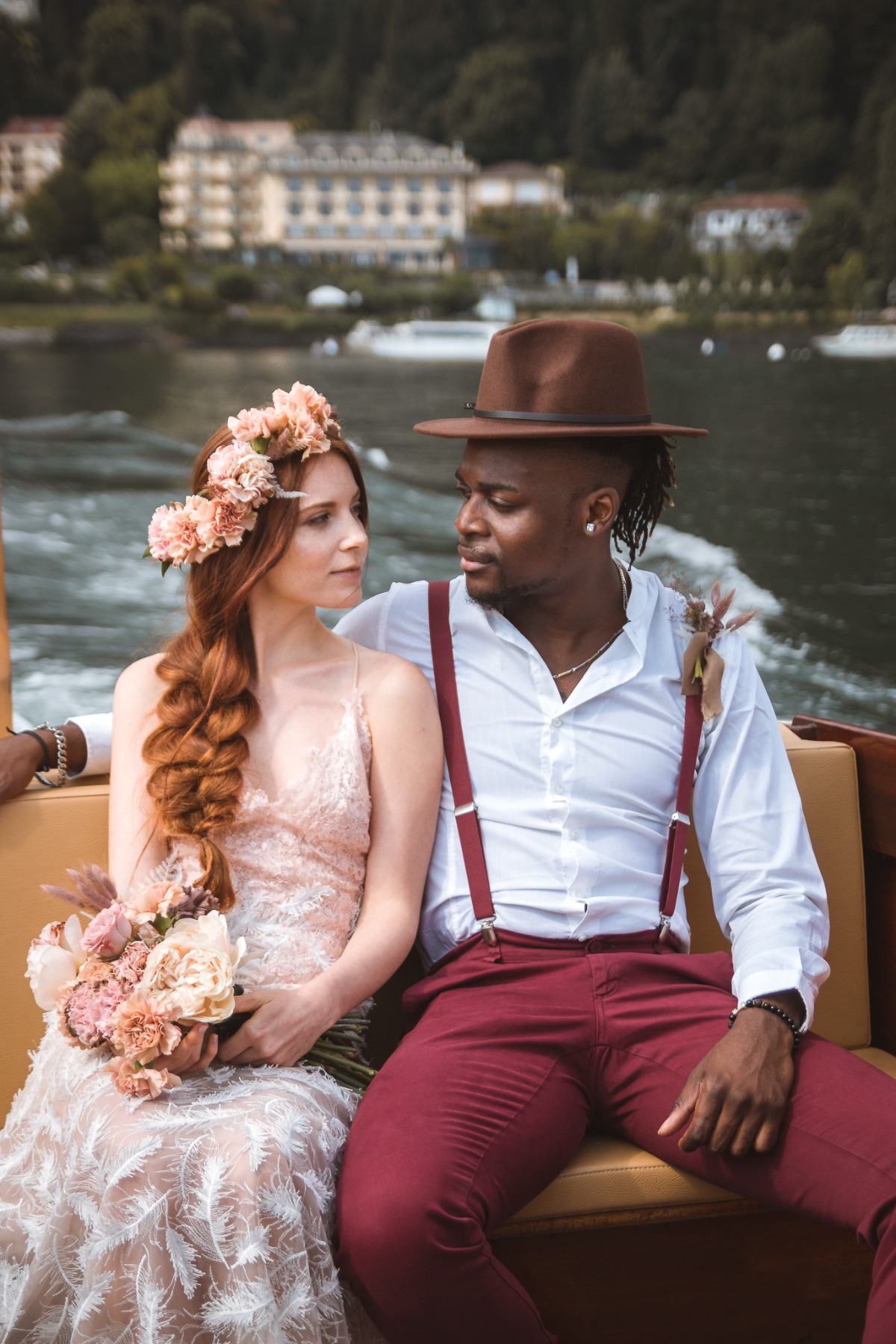 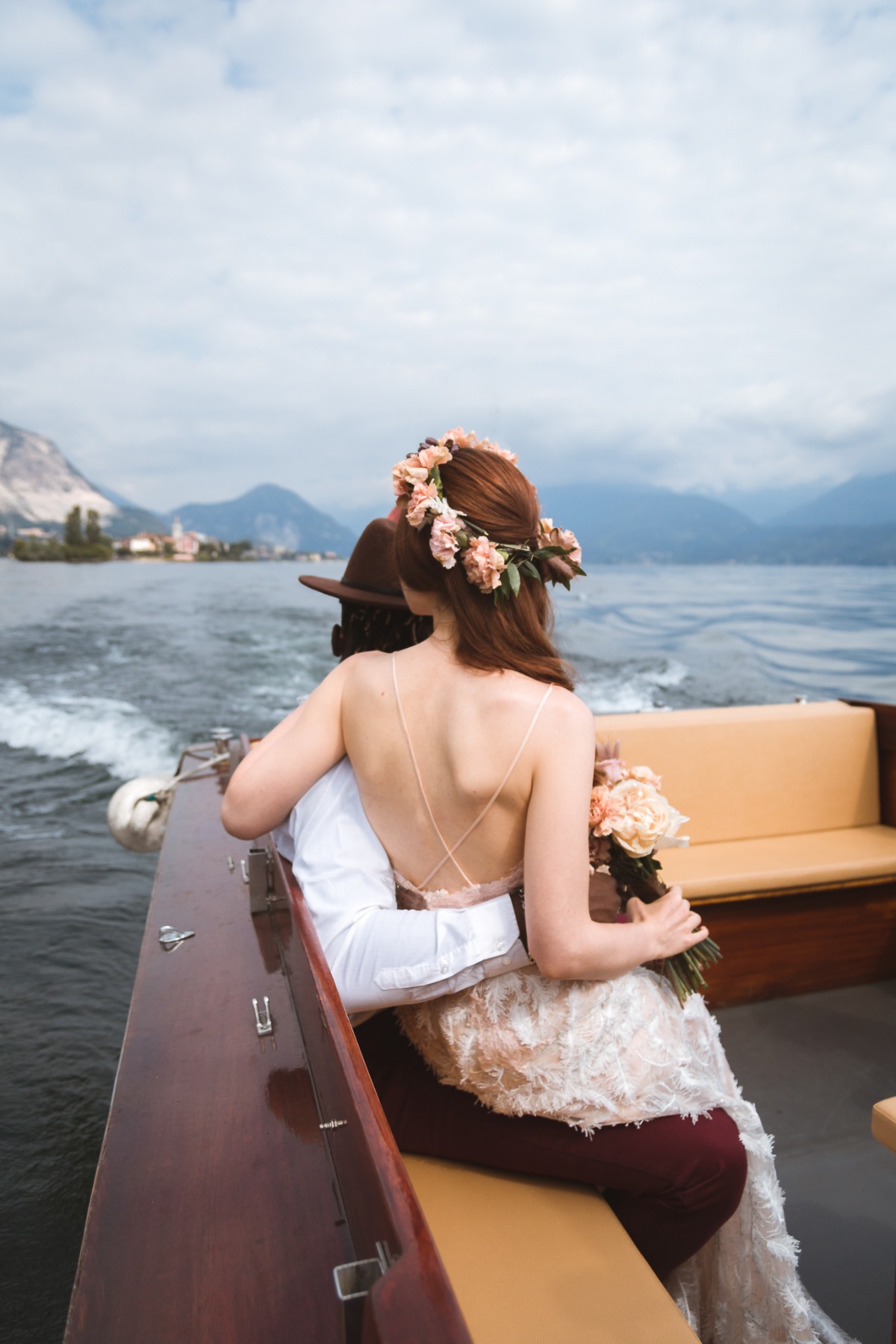 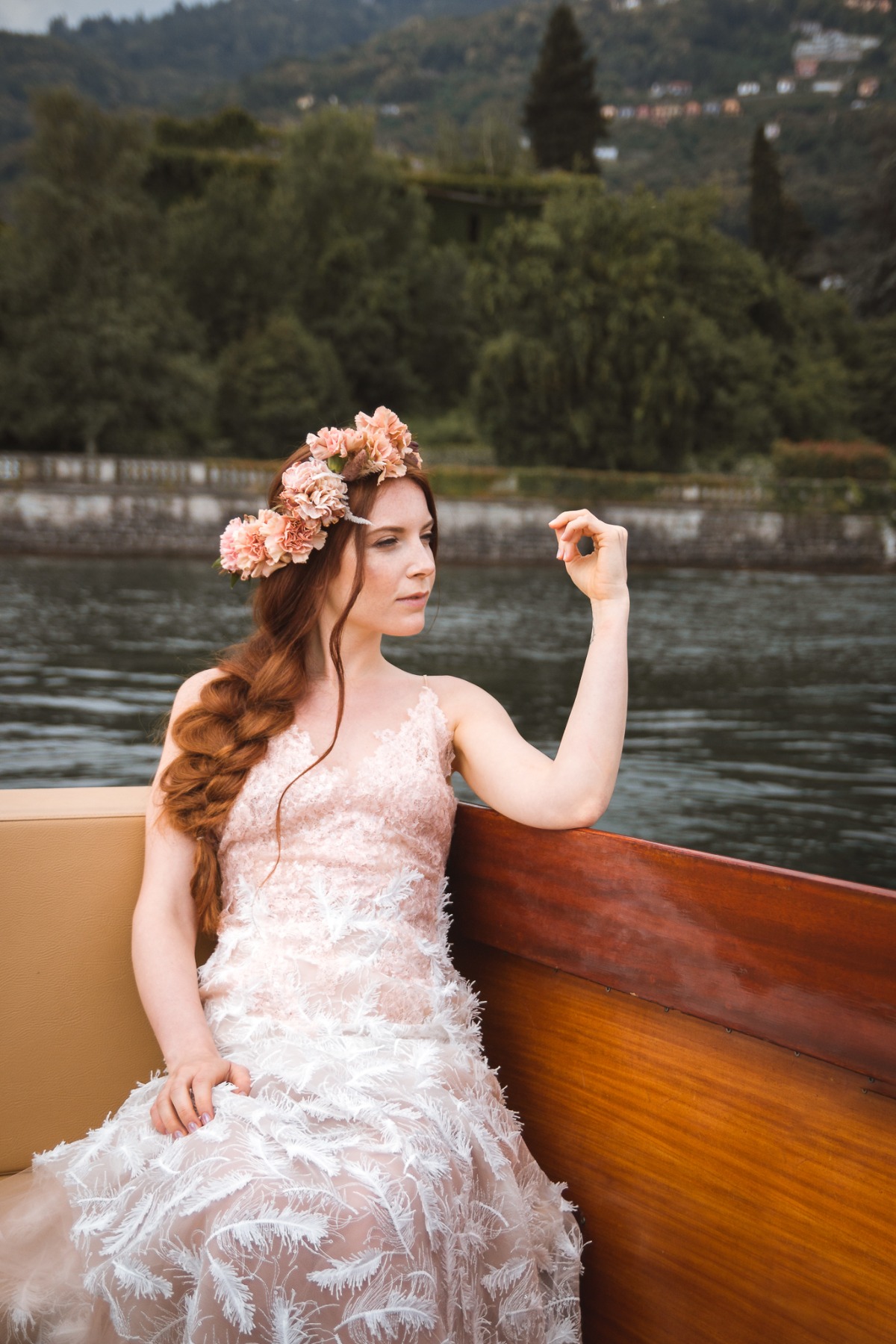 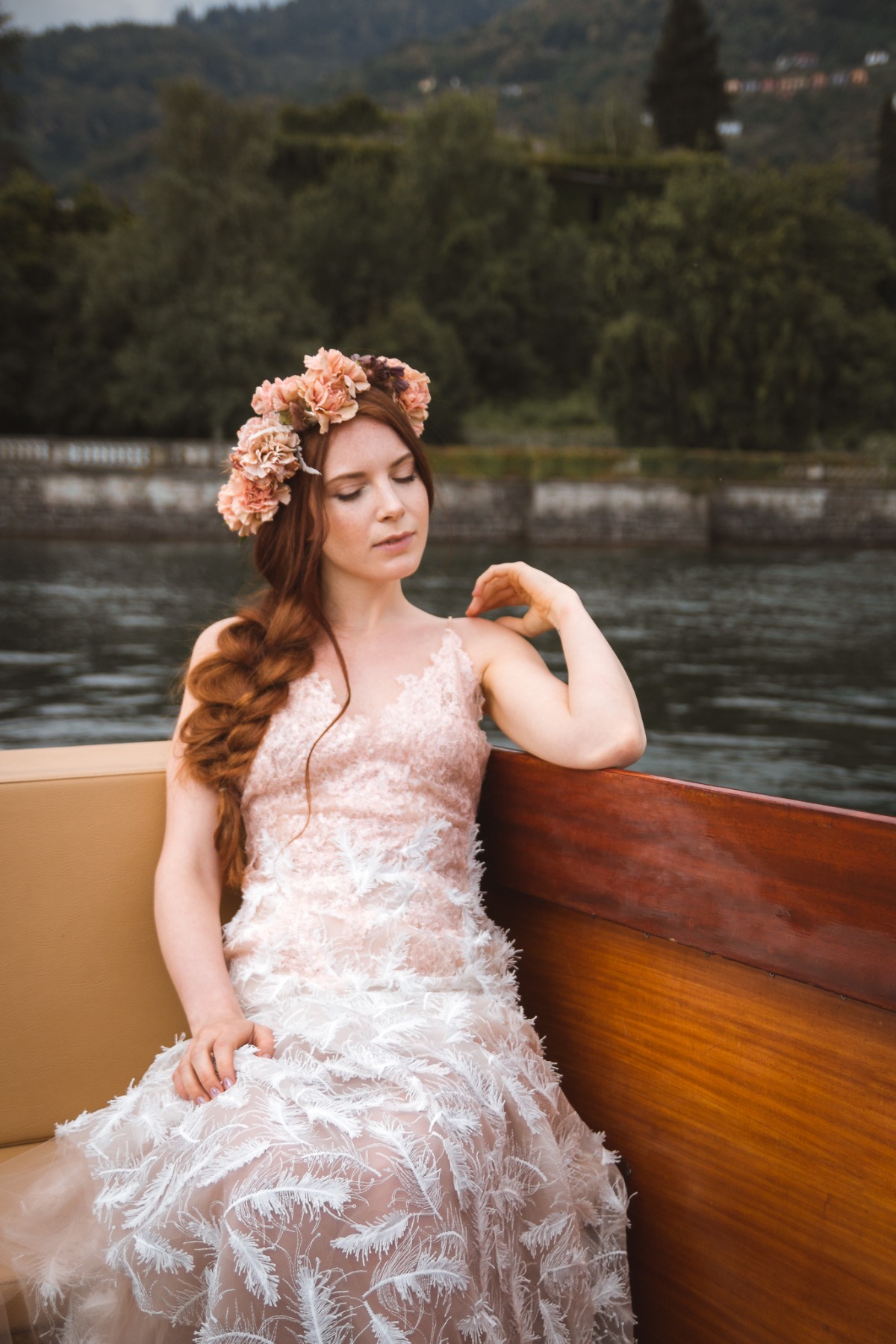