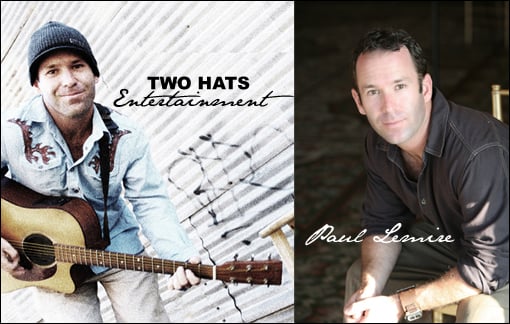 This past weekend, we photographed two weddings and we were super excited because the music for both weddings was so fun! On Saturday at the Balboa Bay Club, we heard a few songs that the Wedding Chicks actually recommended in the last music post Music to Your Ears! The bride played White Moth by Xavier Rudd and also The Way I Am by Ingrid Michaelson as part of her ceremony music. I thought WOW - this couple has great taste in music! I was a little curious about how she chose her songs and sure enough, she found them on Wedding Chicks!

Then on Sunday, there was a live musician who completely blew us away! His name is Paul Lemire after chatting with him a bit we found out that he is an award winning singer/songwriter. Paul played covers of songs that the couple chose from the time the guests arrived until the reception began. Paul played songs by John Mayer, Jack Johnson, David Gray, Paul Simon, Snow Patrol, and Ben Harper just to name a few. We were so excited to meet Paul and learn more about him to share with you! We found out that he has two albums available on iTunes and bought them as soon as we got home later that night! Paul even gave me permission to play his song Down the Road on my personal website. Yay! Have a listen! (:

If you are even considering having live music at your wedding and you in the LA or Orange County areas, we couldn’t give a higher recommendation that Paul. Paul’s company is called Two Hats Entertainment and is based out of Manhattan Beach.
{music links will ask you permission to open itunes}