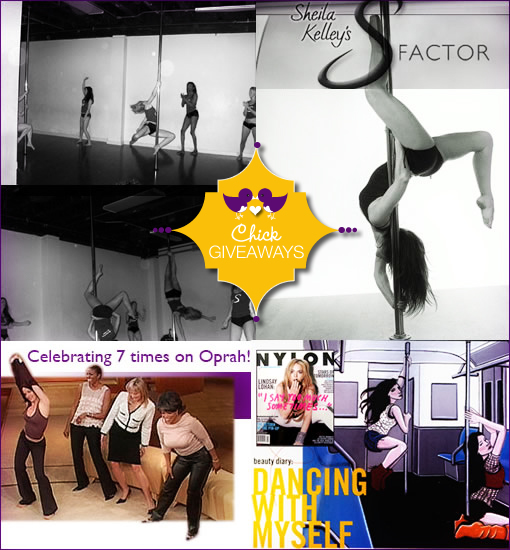 This week's giveaway comes from S Factor in Costa Mesa! This week we will have TEN, yes TEN lucky winners! If you live in the area and are interested in a gift certificate for an introductory class, leave a comment with your first name and last initial! The winners will be announced on Monday, May 26th! Be sure to check back to see if you are a winner! The usual price for a 2 hour introductory class is $40!
Here's a little about S Factor:
S Factor offers an aerobic striptease workout and Pole Dancing Classes!
In 2001, actress, writer and producer Sheila Kelley founded the extraordinary movement called S Factor. A passionate mother of two, Sheila built this movement from the ground up, starting in her home office, where she held small classes for friends and fellow moms. It has since evolved into a worldwide trend, with studios in Los Angeles, San Francisco, New York City, Encino, Orange County, Houston and Chicago. With plans in the works for locations in Miami, Dallas and Atlanta.