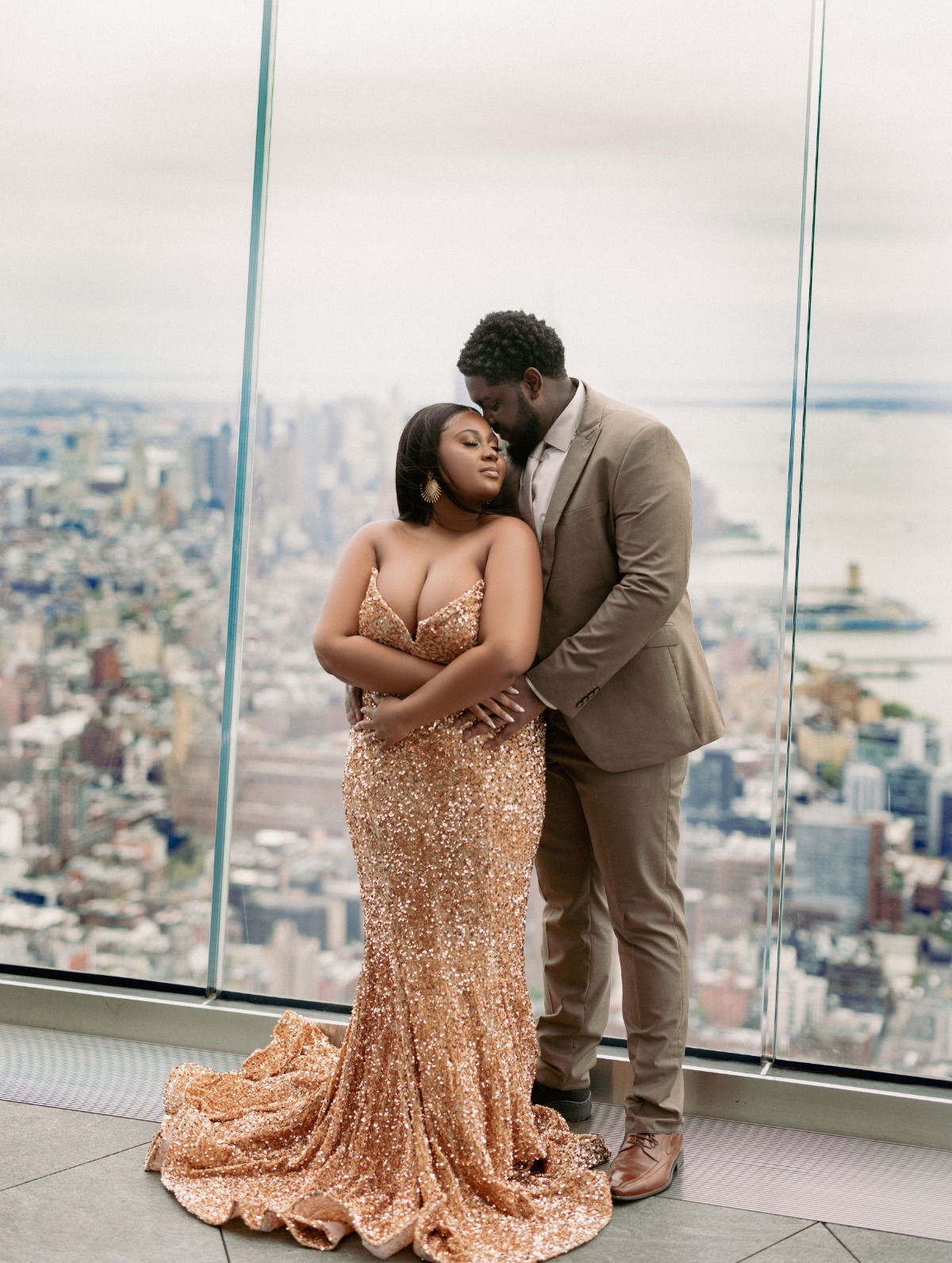 If we've learned anything in the past few years, it's that nothing is certain and that you truly need to live in the moment. Engagement photoshoots have always been a thing, but now, more than ever, couples are really making a moment out of them. Getting engaged is a huge step, one that deserves to be celebrated and savored, and an engagement session is a great way to do just that. It's a great excuse to get all dressed up and invest in some truly magical photos of just the two of you–celebrate who you were, who you've become together, and where you're going before you officially tie the knot.

After ten years, Oren popped the question and Kadeejah said, "Yes!" They asked Funfetefabulous Wedding Planning to help them plan this chic engagement shoot. We love that they opted for two distinct looks, one with Kadeejah in a stunning beaded mermaid gown and Oren in a sleek three-piece tan suit, and one moody option with both sporting sexy black ensembles. Reem Photography did a great job capturing their natural chemistry in these incredible photos that are made all the more epic with the city skyline in the background. Keep scrolling to read more from the bride-to-be, Kadeejah, about this beautiful couple and how they met. Make sure to check out the full gallery to see even more from this elegant engagement session. 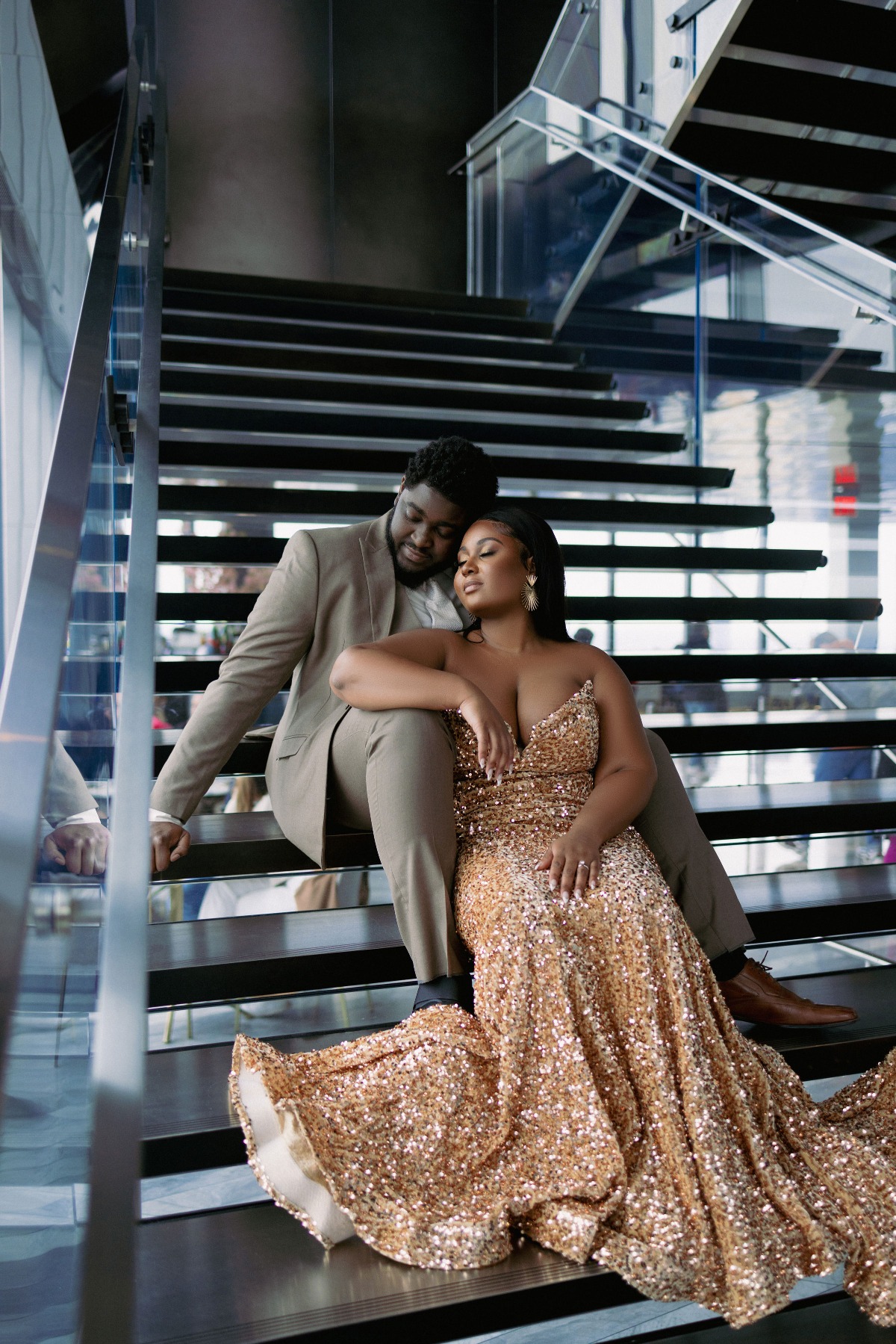 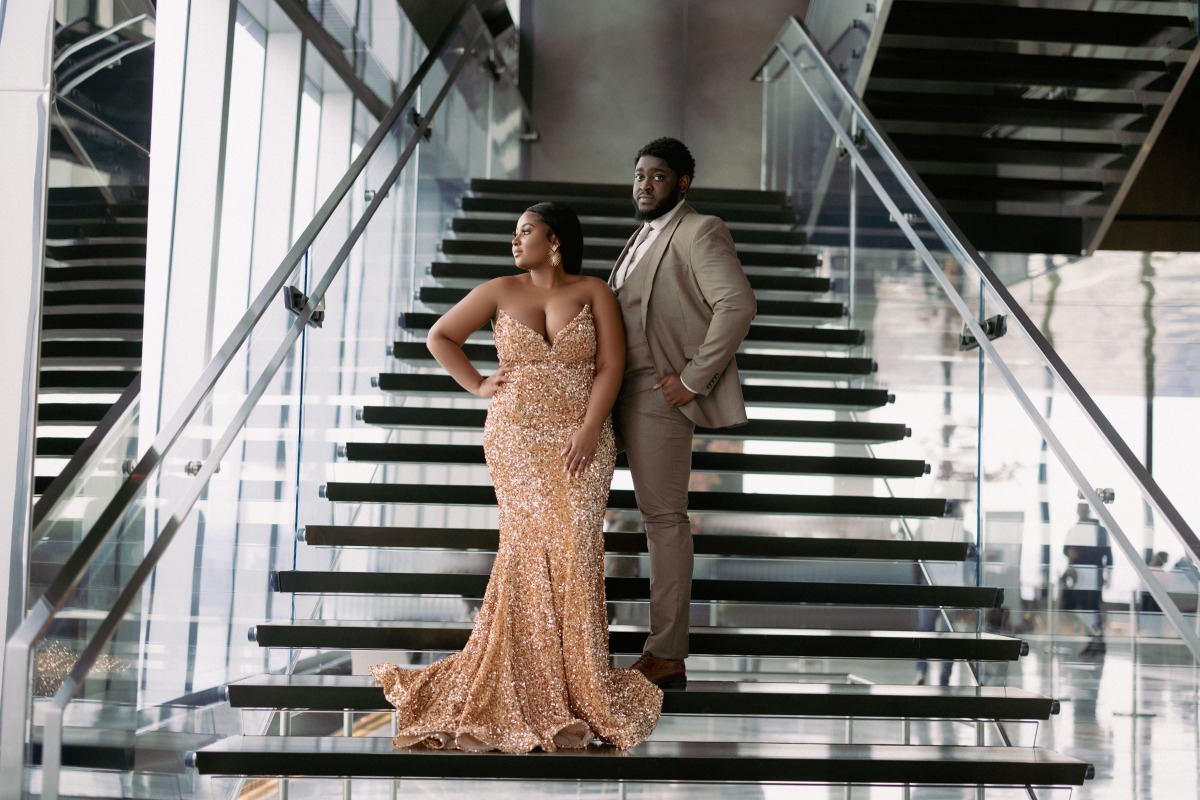 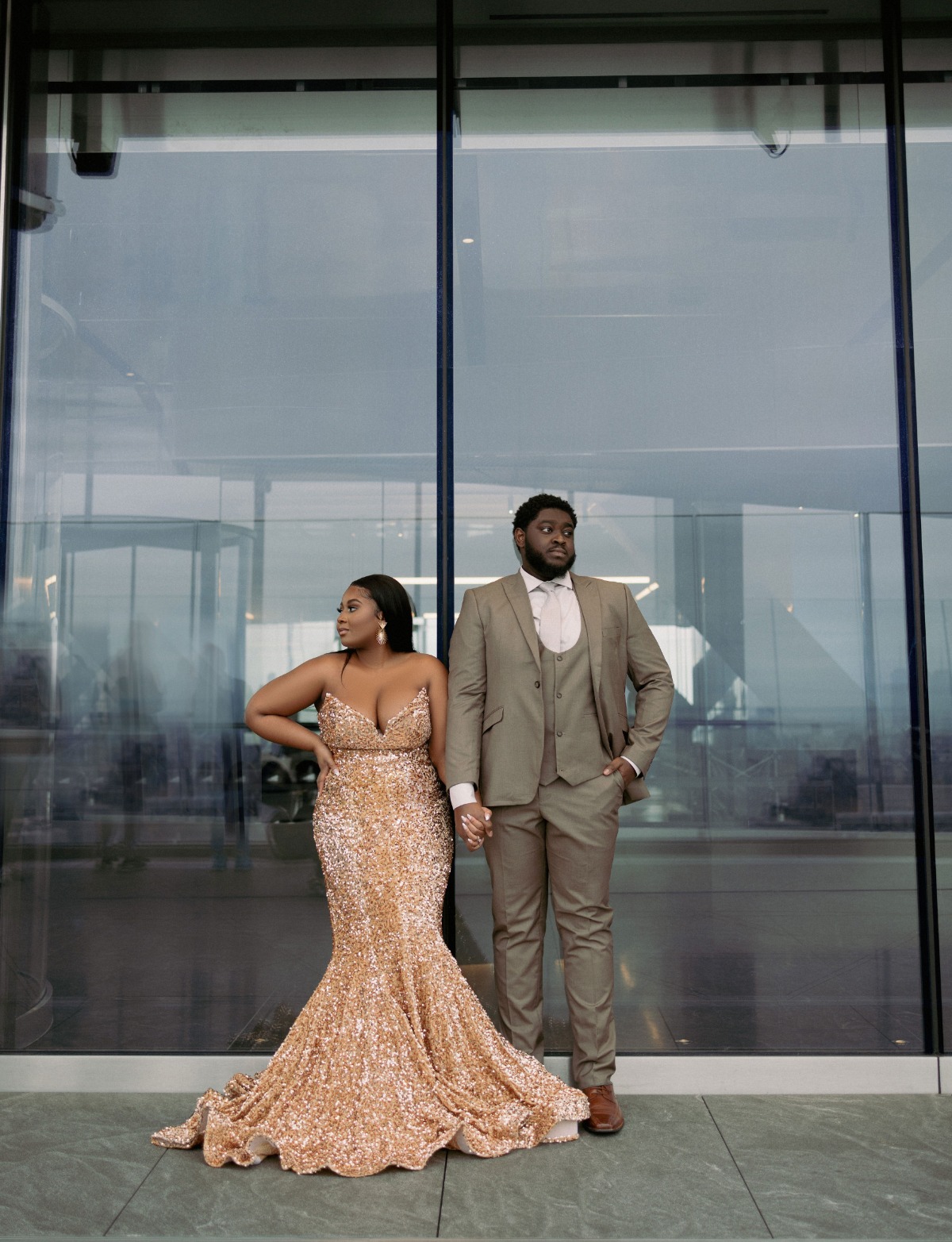 Oren and Kadeejah met in middle school. As Kadeejah recalls, Oren had the "hots" for her in the 3rd grade but didn't officially show interest until they were high school-bound. Of course, Oren disputes the 3rd-grade assertion but does recall asking Kadeejah to be his girlfriend sometime after attending her 8th-grade graduation party. They dated during the first year of high school and thereafter decided that the vigors of extracurricular activities and schoolwork were more important than figuring out how and what being "boyfriend" and "girlfriend" meant. Throughout high school, Oren and Kadeejah remained in close contact often attending the movies and parties with other close friends, having game nights, and supporting each other at school events. They became closer during the second semester of their junior year in high school, largely because of the connection they forged in their church youth group, Teen Club. Every Wednesday evening they, along with other high school students and their Teen Club mentors, would gather to discuss issues/concerns they faced in school, at home, and in society at large. During their senior year of high school (and on the bus Kadeejah adds), Oren asked her if she would be his girlfriend again, to which she said, "Yes." Both were aware that with them going to separate colleges, specifically being 8 hours away, the relationship would come with a unique set of challenges. Nonetheless, they were committed to each other and committed to making the relationship work. 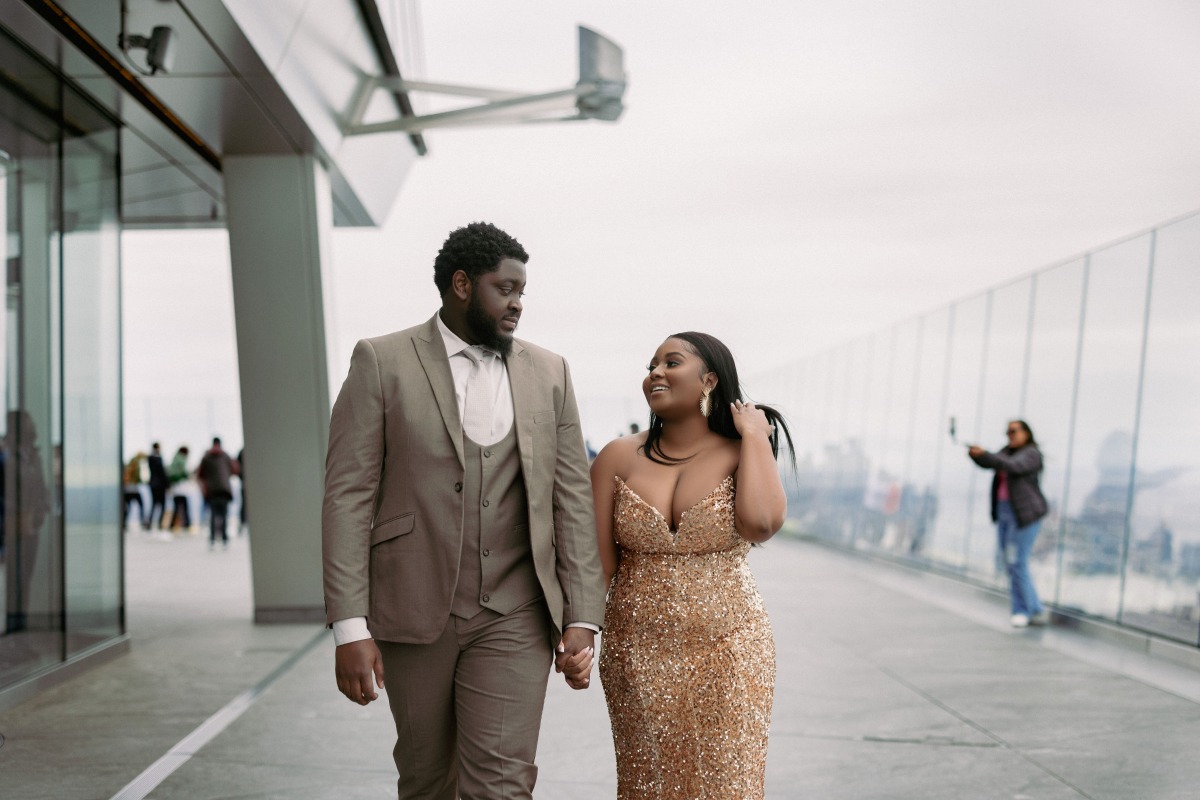 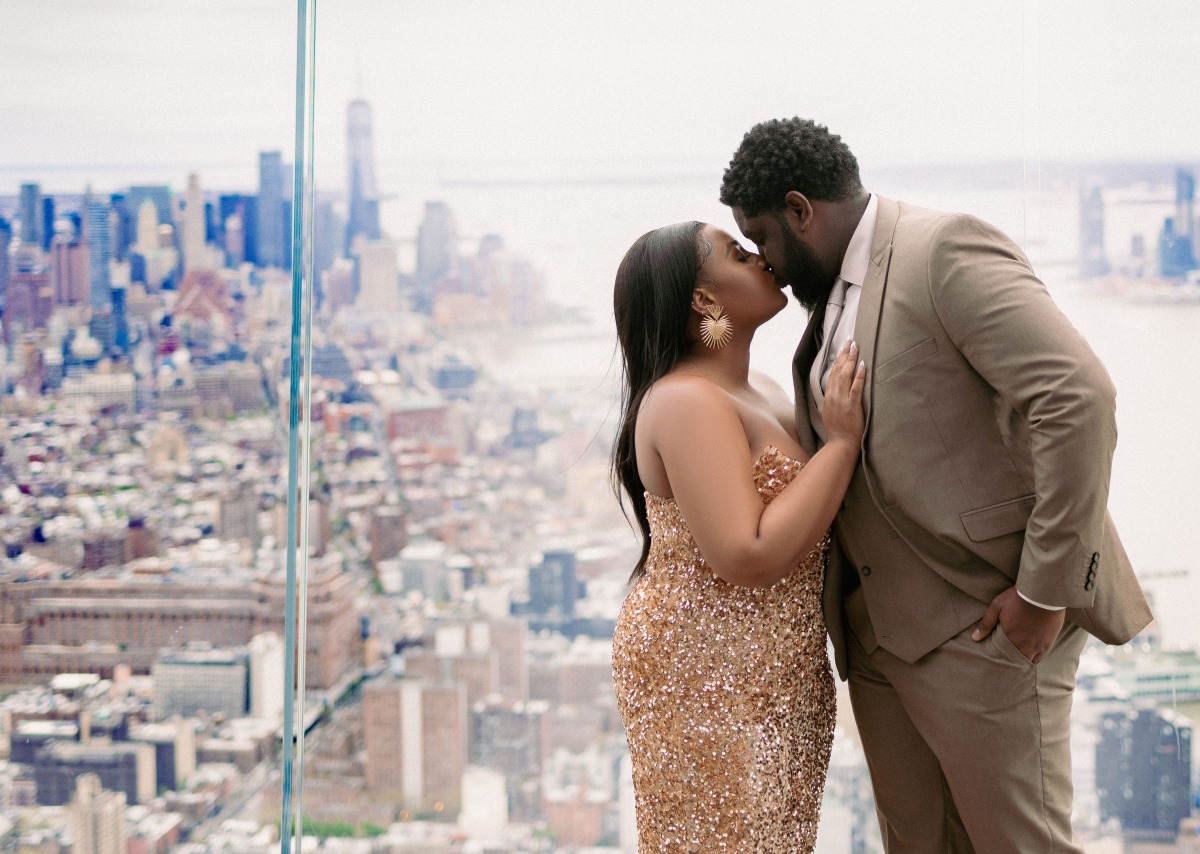 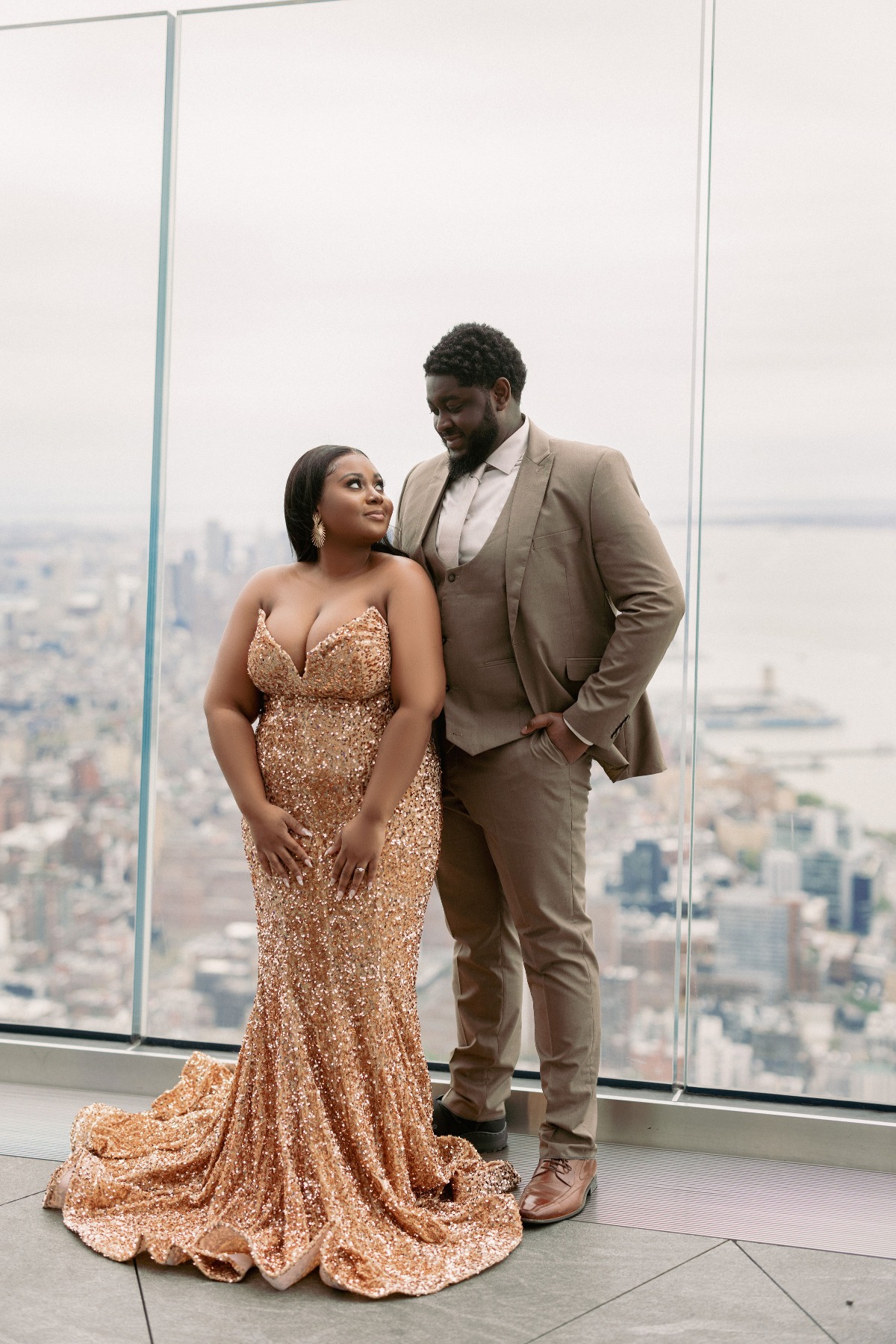 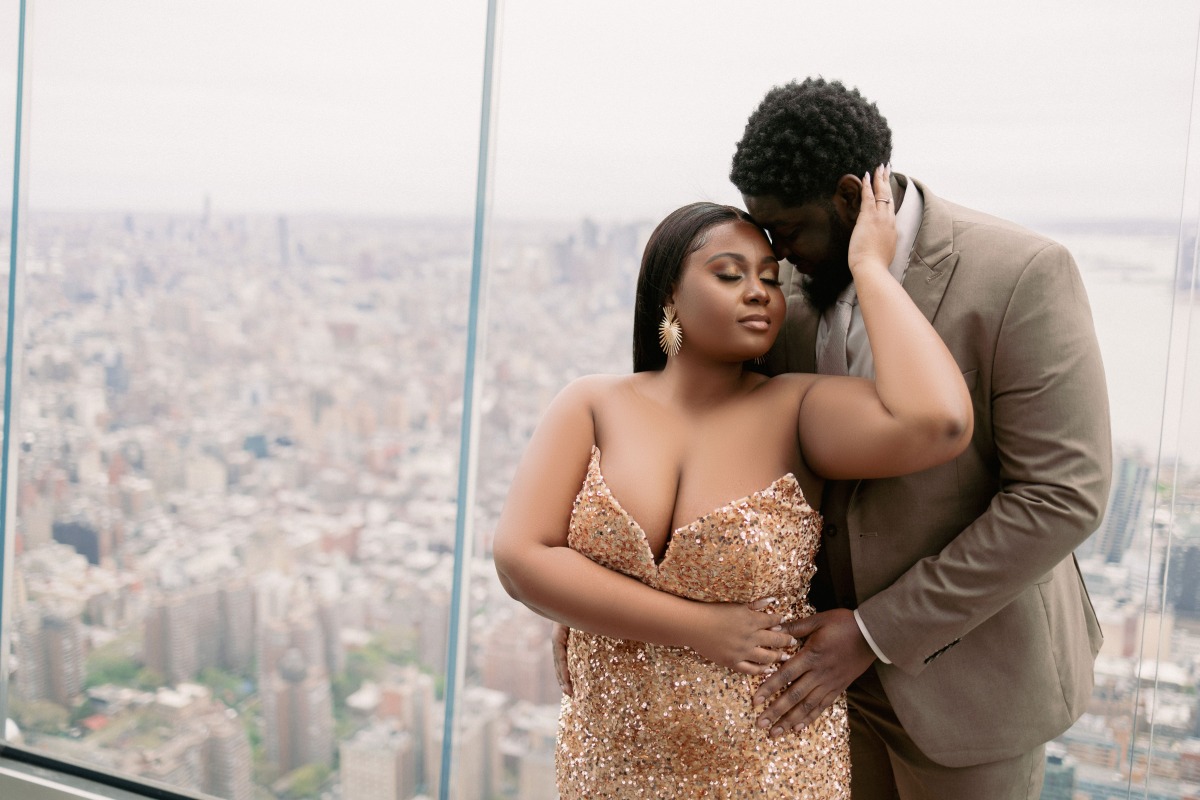 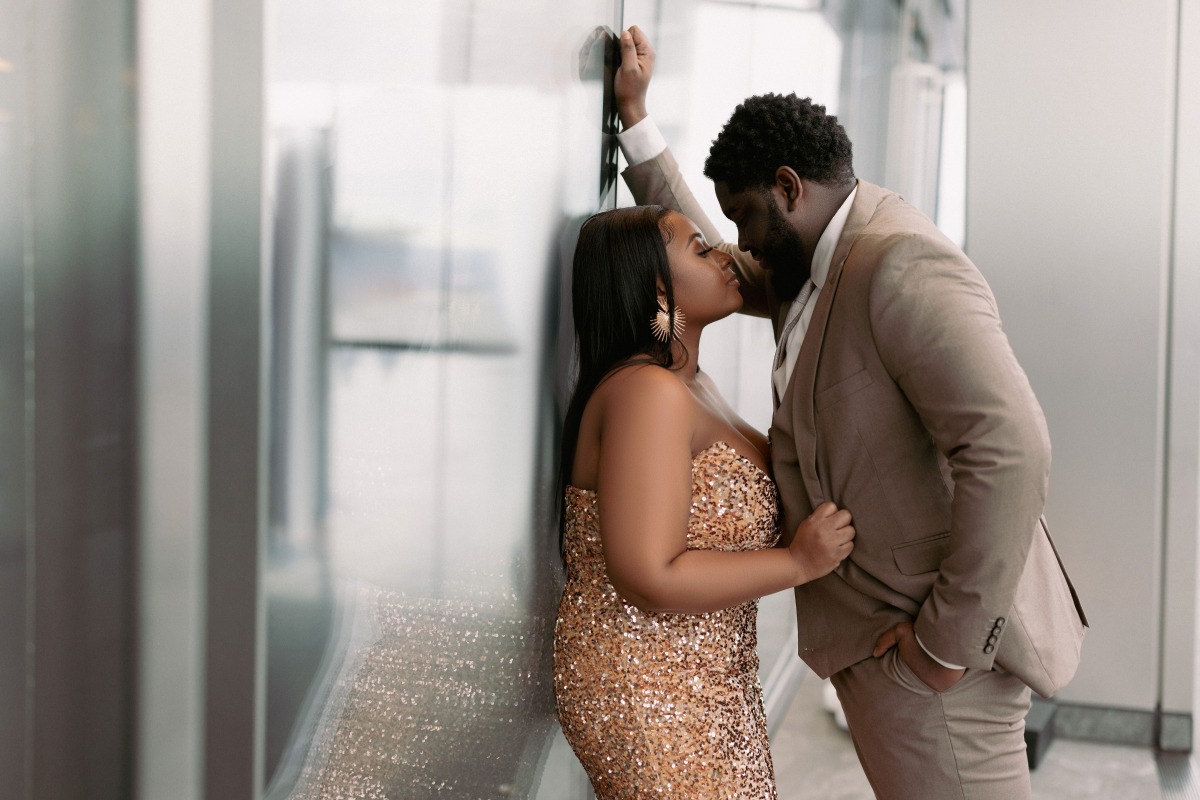 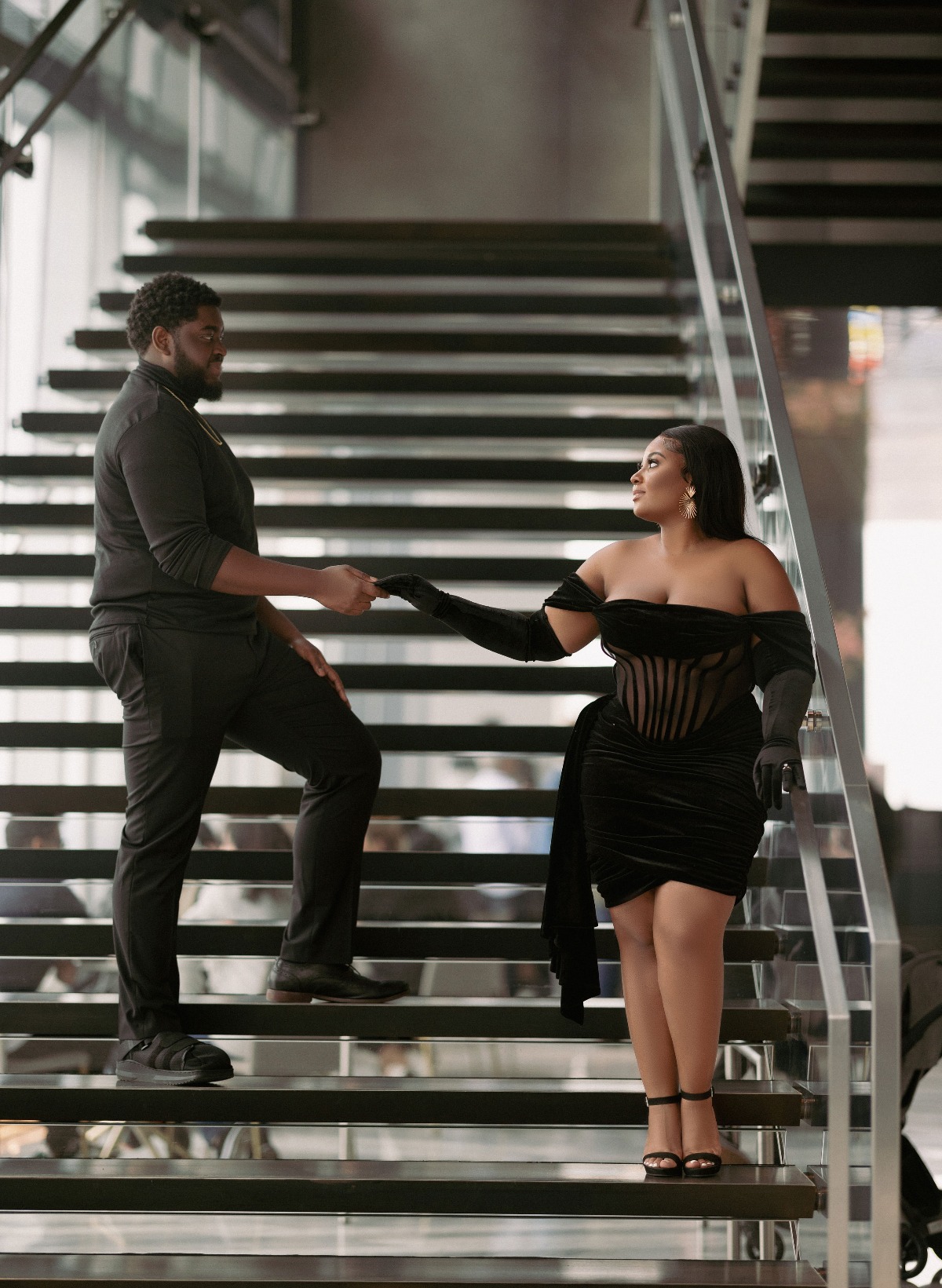 After being in a long-distance relationship for 4 years, Kadeejah made the decision to move to Hartford, CT to begin her law school career. The proximity of Hartford to New York allowed Kadeejah and Oren to see each other frequently–with Oren often visiting Kadeejah on weekends in Hartford and Kadeejah traveling home on long weekends away from school. During Kadeejah's second semester of her second year of law school, Oren decided that Greyhound tickets and weekend visits were insufficient and he thereafter transferred to the University of Hartford to continue his education in civil engineering. After their graduations, Oren began his career in private practice in NY as a civil engineer and Kadeejah stayed in Hartford to study for the bar and to begin her term as a law clerk for the Connecticut Superior Court. In March 2020 the coronavirus pandemic reached its peak. With the closure of the court, Kadeejah made the decision to move back to New York. During that time, however, she had no idea that Oren was planning a proposal that got derailed by the pandemic. Date nights during the pandemic consisted of talks on the porch and very long video chats. As scary as that time was, it gave them the opportunity to focus on their future and they were confident that no matter what happened, they would come out of it together. 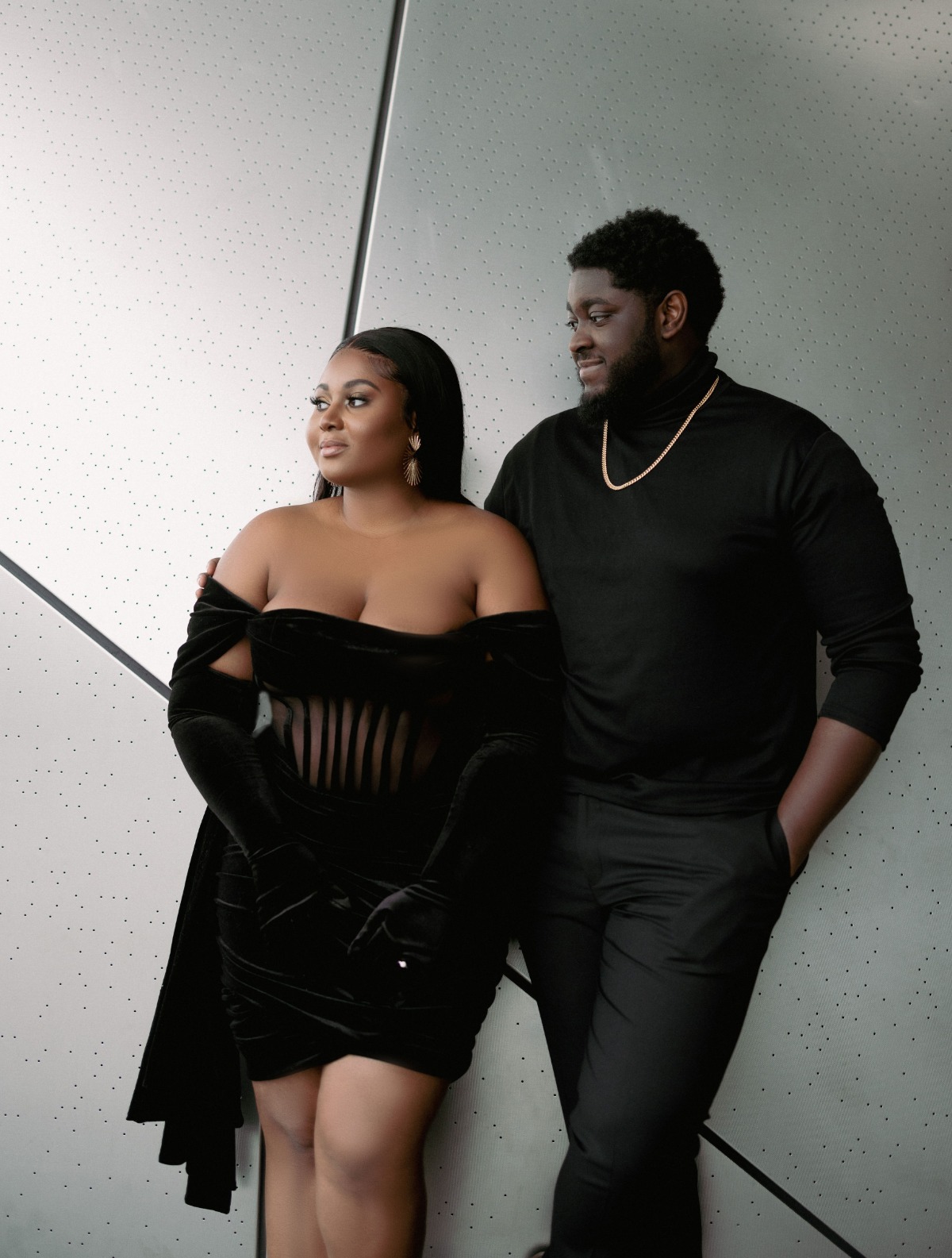 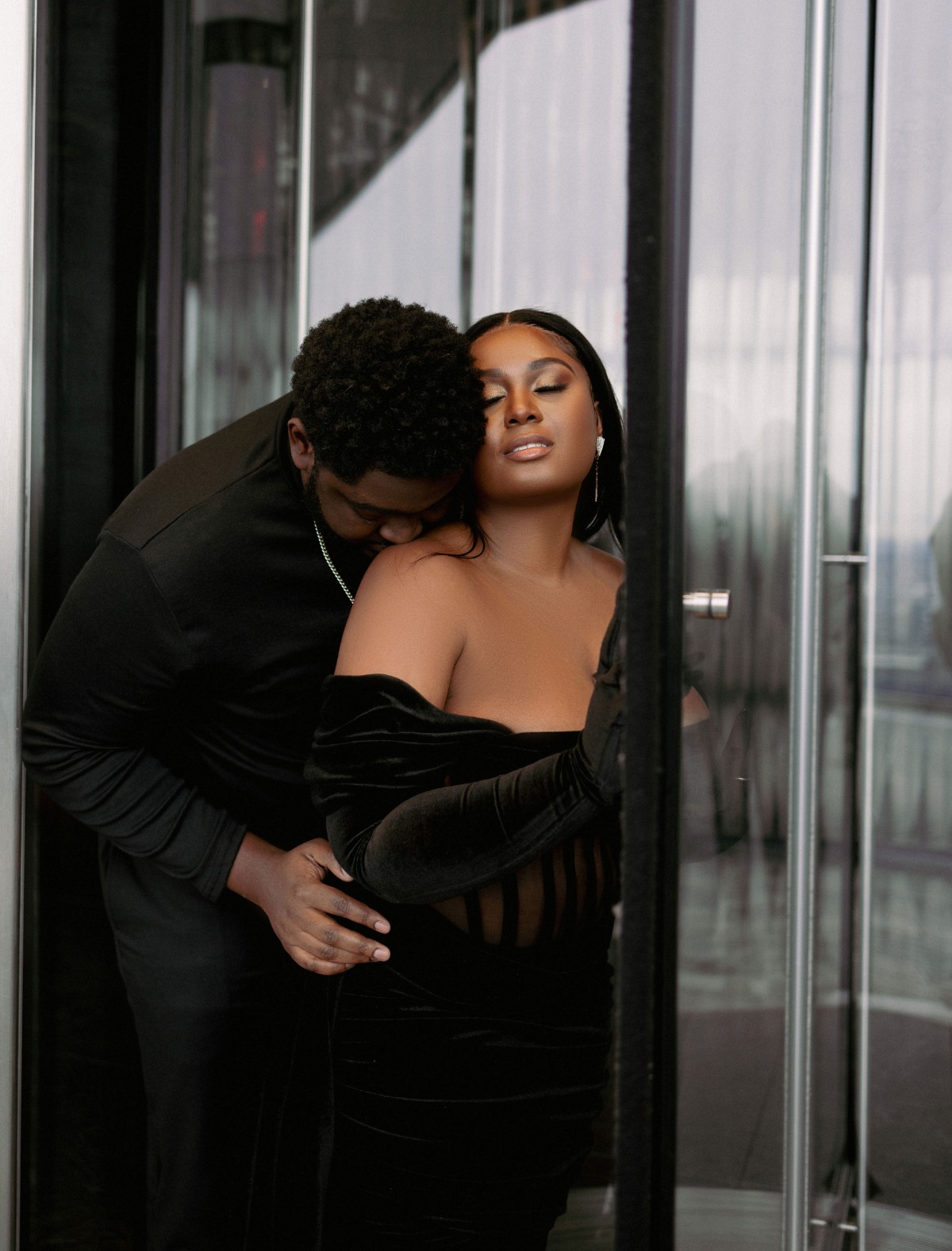 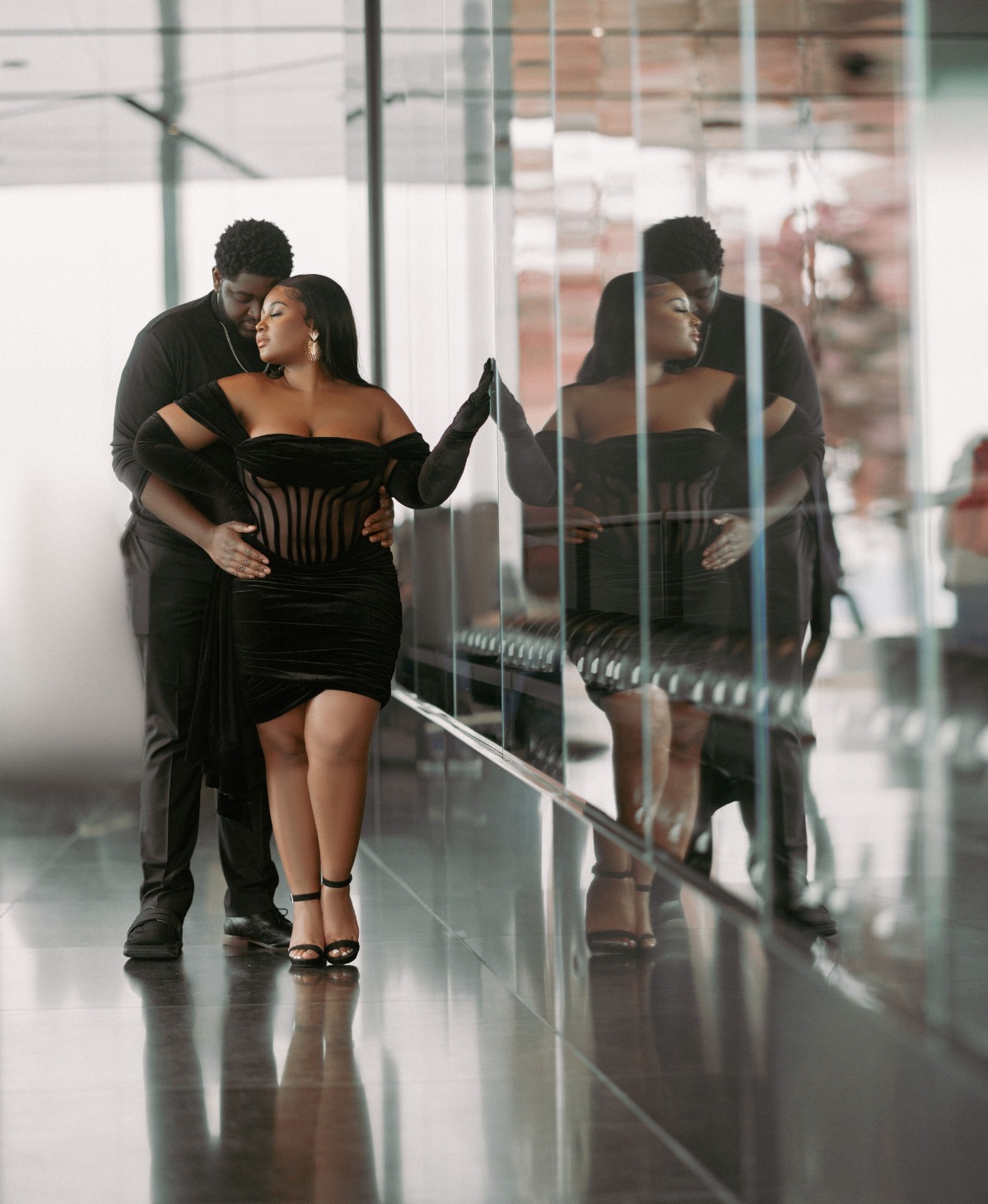 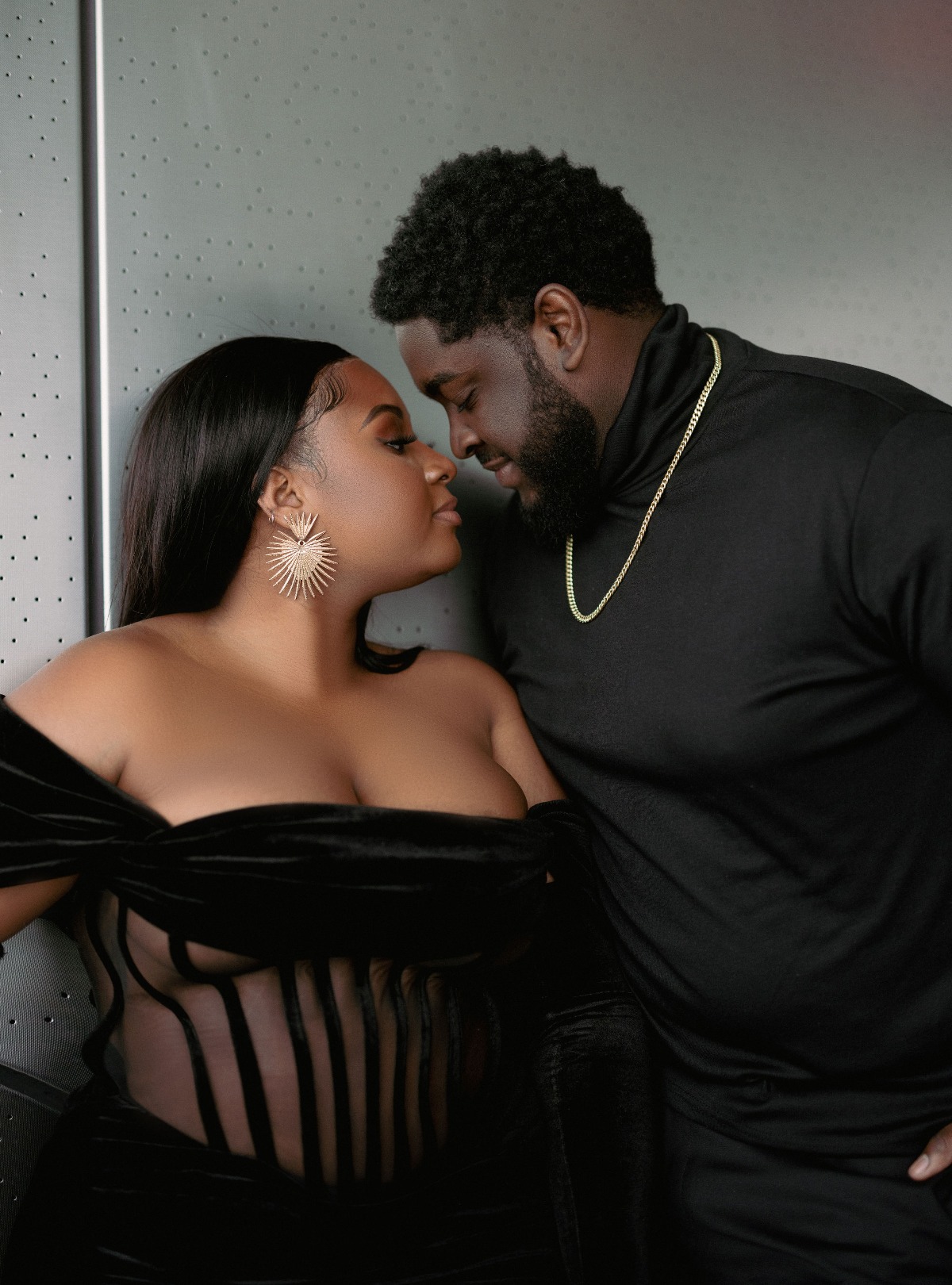 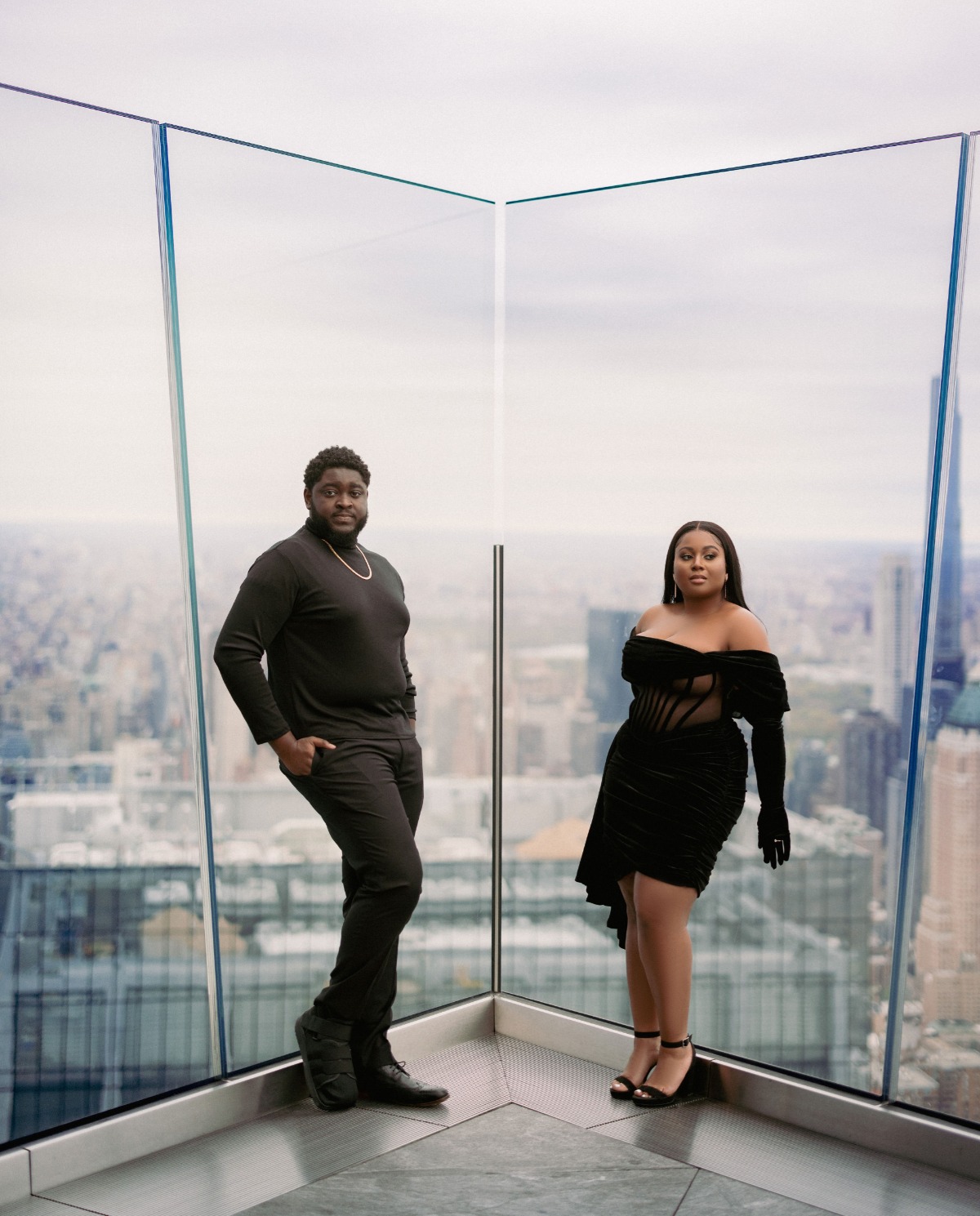 On September 5th, 2020, Oren picked Kadeejah up to take her to a brunch after months of her begging to get out of the house. On their way to the "brunch", his mother called stating that she had left her wallet in the car and needed it immediately so she could leave. They raced home to return the wallet where Kadeejah found a beautiful brunch set up in Oren's backyard with close friends and family in attendance. Oren then confessed that he wanted to celebrate her passing the bar since she didn't get an opportunity to do it during the pandemic. Satisfied with his response and overwhelmed with gratitude, Kadeejah continued her day and enjoyed being surrounded by so much love and support. As Kadeejah was eating, Oren stood up and thanked everyone for attending the event. He began to mention the amount of time that they had been dating, how much she meant to him, and that he hoped that they could build a home together. She quickly realized that this was not a brunch to celebrate her passing the bar–he was proposing! Oren's brother, Joshua, then walked over to him and handed him the ring box. Oren got on one knee and...you know the rest. Ten and a half years later, they're ready to tie the knot! 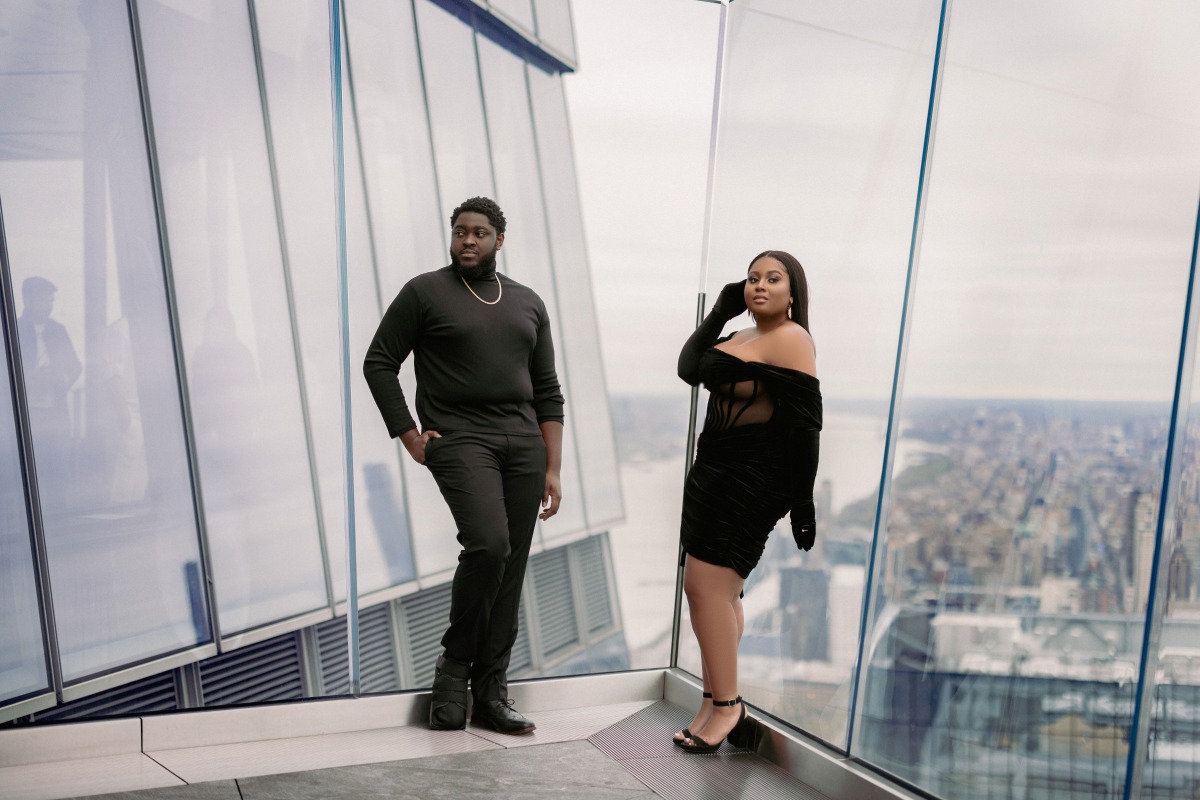 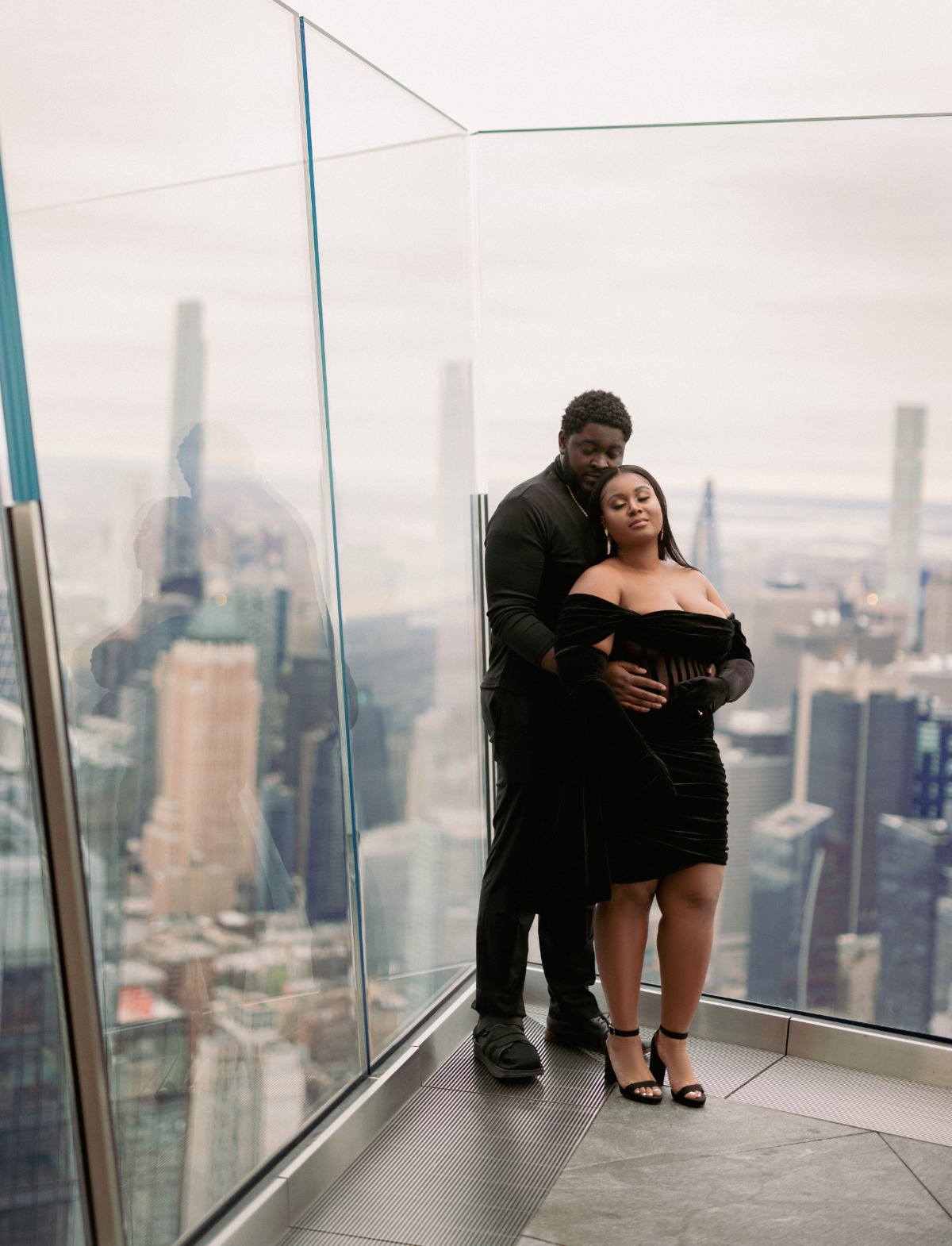