When you've been married for ten years and survived a global pandemic together, there's really no better excuse for a vow renewal. Angie decided to make their vow renewal a surprise on their anniversary. Her husband, Eric, knew that they were going out to celebrate, but he had no idea that it was going to be a whole event! With a vintage car ride around Paris ending with champagne at the Eiffel Tower, it doesn't get much more romantic than that!

Angie worked closely with Elizaveta Photography and Indirihya, the officiant, to make this surprise a reality. They even had a bridal bouquet and boutonnière just like their first wedding, provided by the talented Atelier Mimoza! To see more from this romantic vow renewal, check out the full gallery. Keep scrolling to hear more from Photographer, Elizaveta Naumov about how they made it all happen.

When Angie told Eric to meet her at the Luxembourg Gardens in Paris on a warm summer evening, he didn’t know what to expect for their anniversary. Little did he know that Angie was planning to surprise him with the vow renewal that they had been talking about for a while, but also a photoshoot around the city in a vintage car. Despite a week of rain, the clouds parted just in time for Angie and Eric’s vow renewal and their tour around the city in a vintage Excalibur. The couple finished their session with a photoshoot at the Place de la Concorde with champagne and a view of the Eiffel Tower.

This French-American couple’s story started in 2001 when Eric moved from Paris to New York City and met Angie through a mutual friend. Although there were instant sparks between them upon their first encounter, their relationship blossomed into a friendship over the years, as Angie left the city for law school and Eric moved back to Paris. They stayed in touch over the years, but it wasn’t until 2007 when Eric returned to the city and they discovered that the chemistry they had shared never actually dwindled. Fast-forward to 2011 and Angie packed her bags to move to Paris and the couple was married the following year in a picturesque medieval village in the French countryside. Now, almost 10 years later, Angie and Eric wanted to celebrate all the challenges and joys they have experienced together with a heartfelt vow renewal.

Angie worked with officiant and wedding planner Anaïde of Indirihya and Elizaveta Photography to plan the surprise. Instead of a white gown, she opted for a more dramatic siren-colored dress with a low back to show off her loose curls styled by Laure Baruch. Atelier Mimoza complemented the look with a striking bouquet that picked up on the tones of the dress. 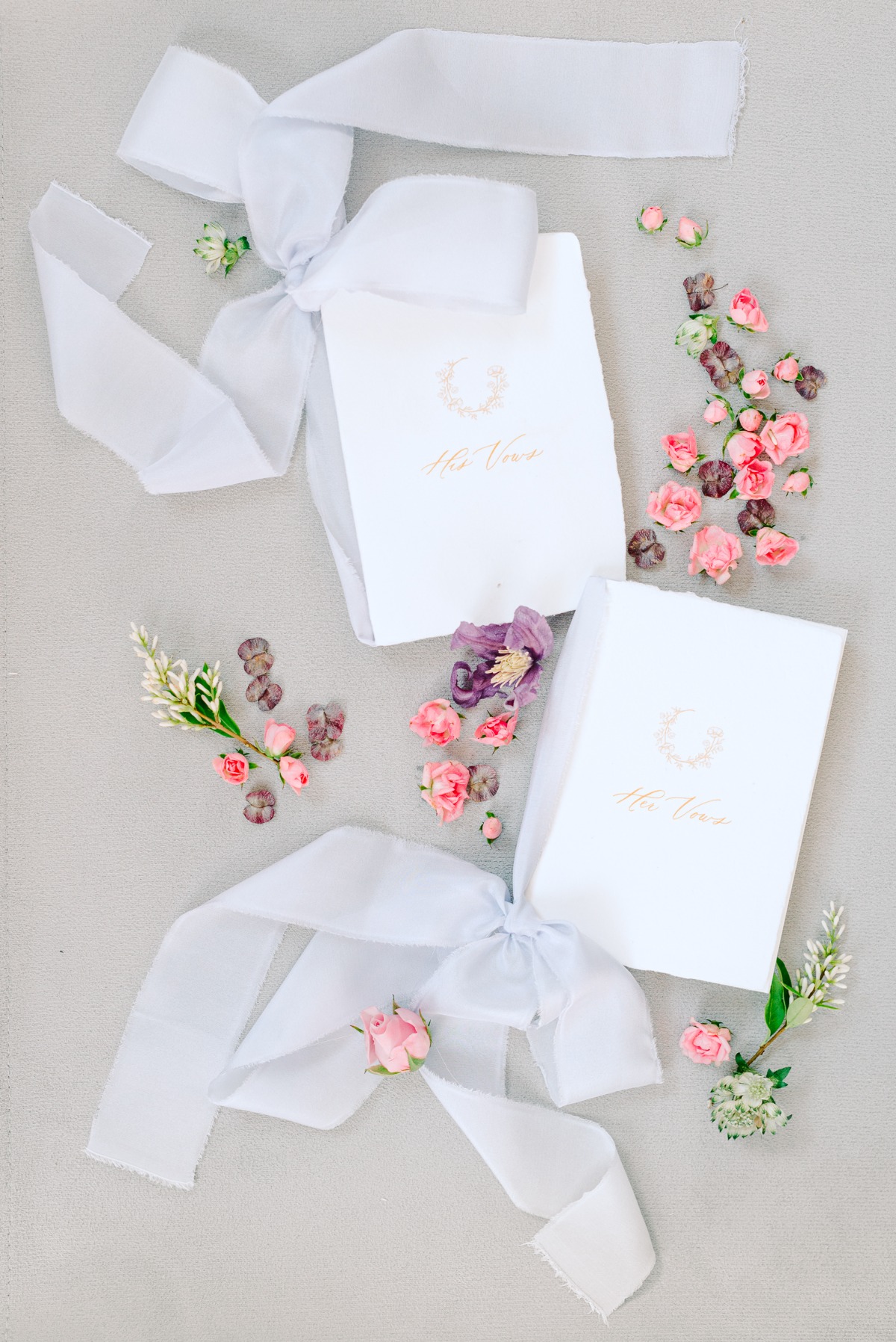 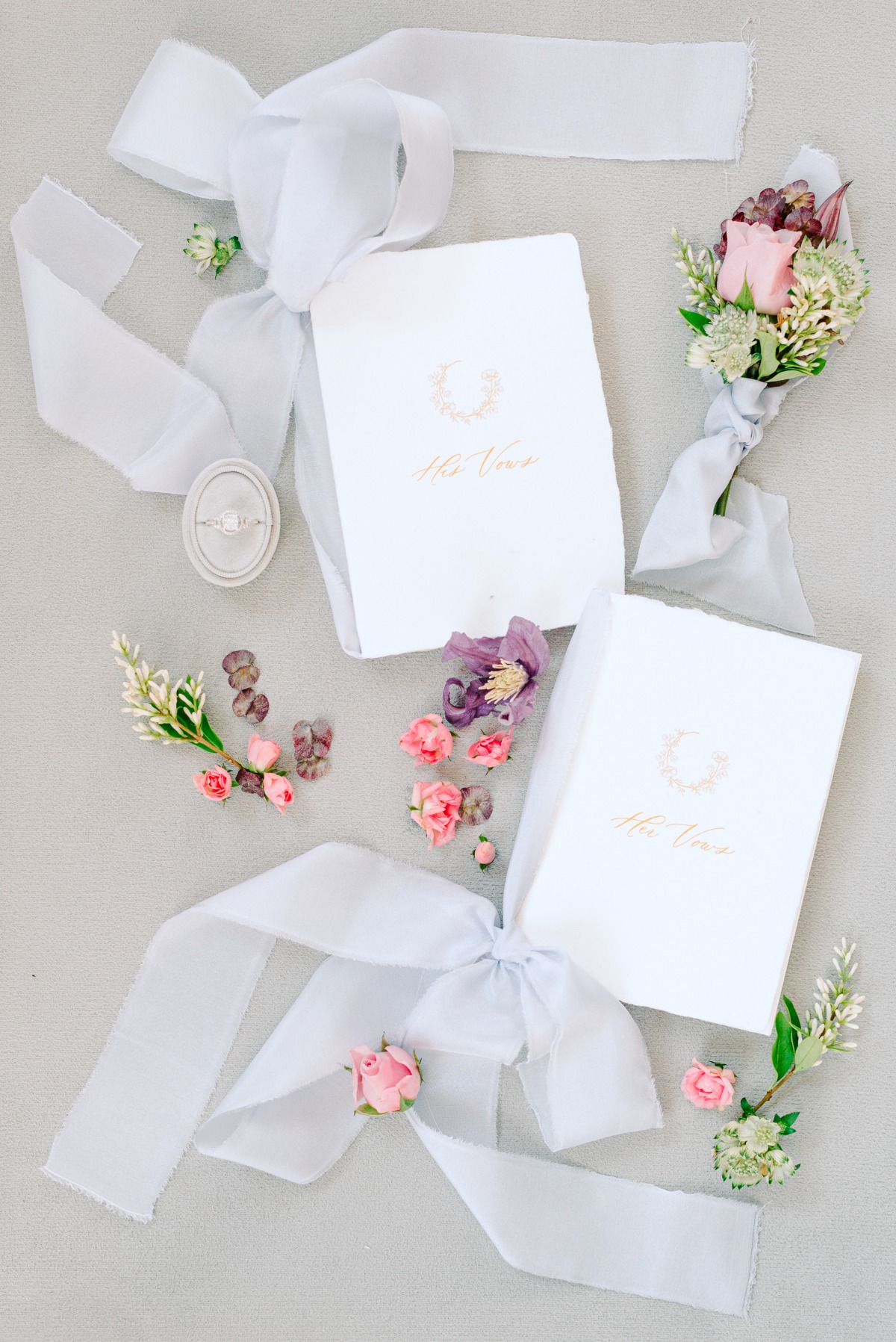 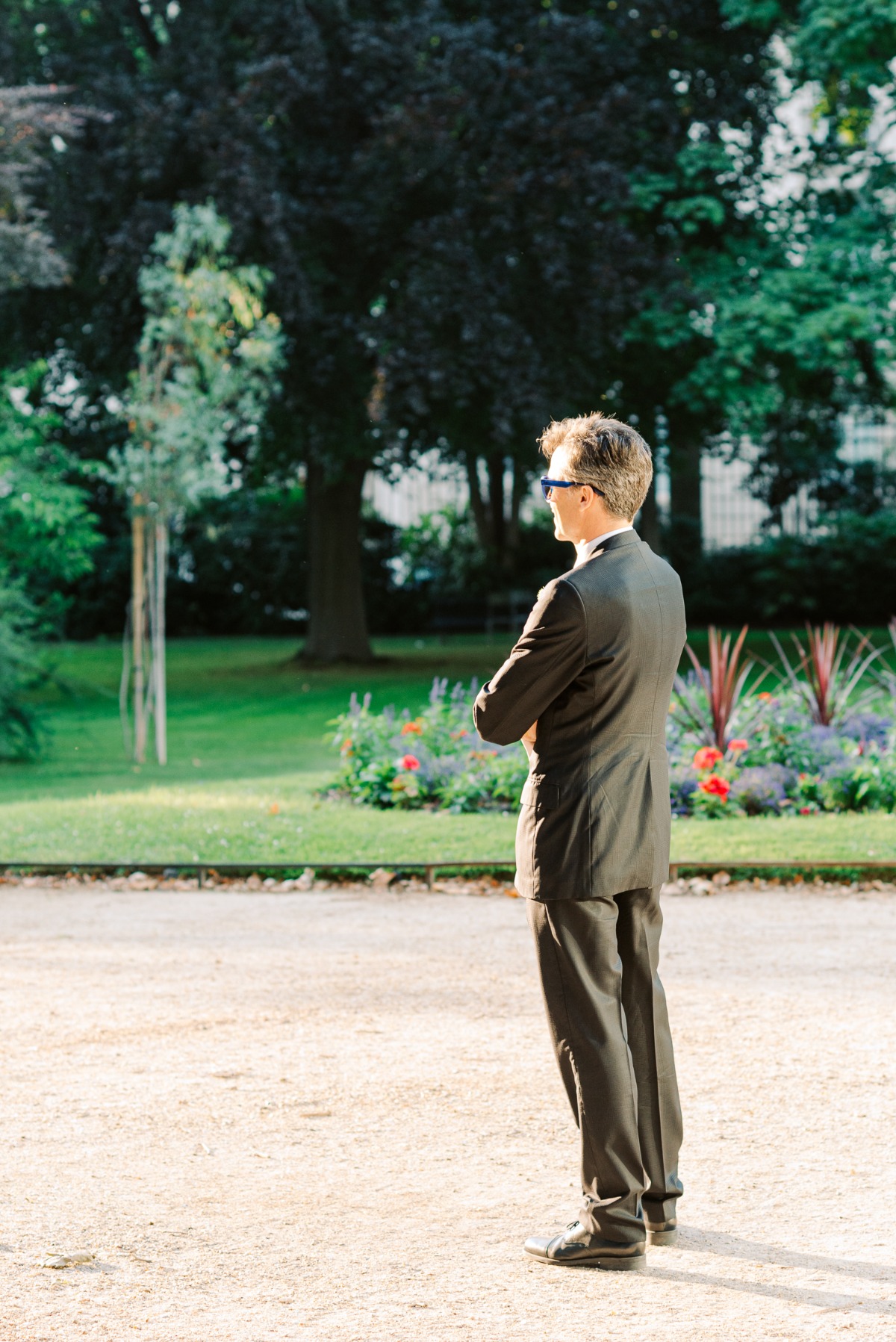 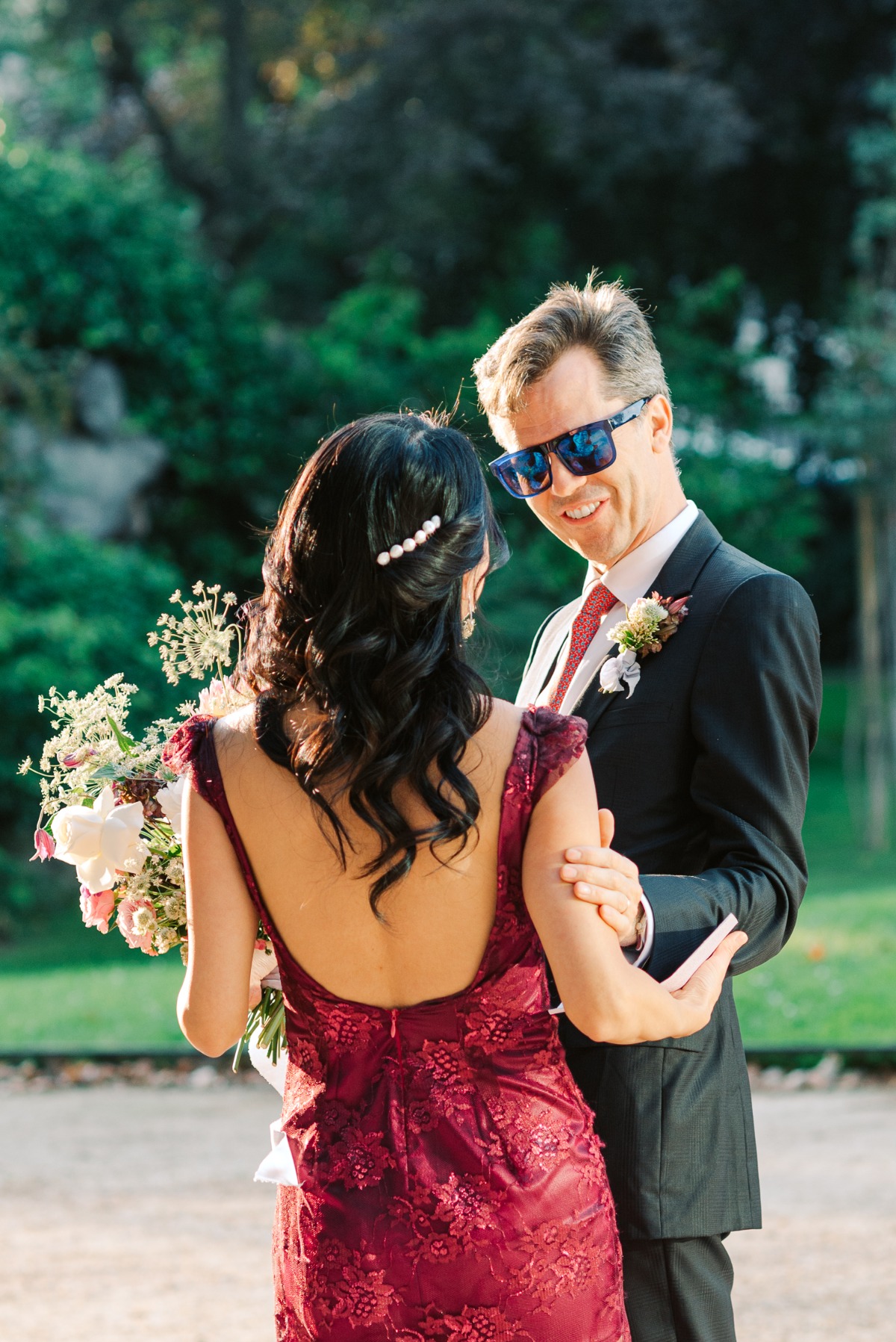 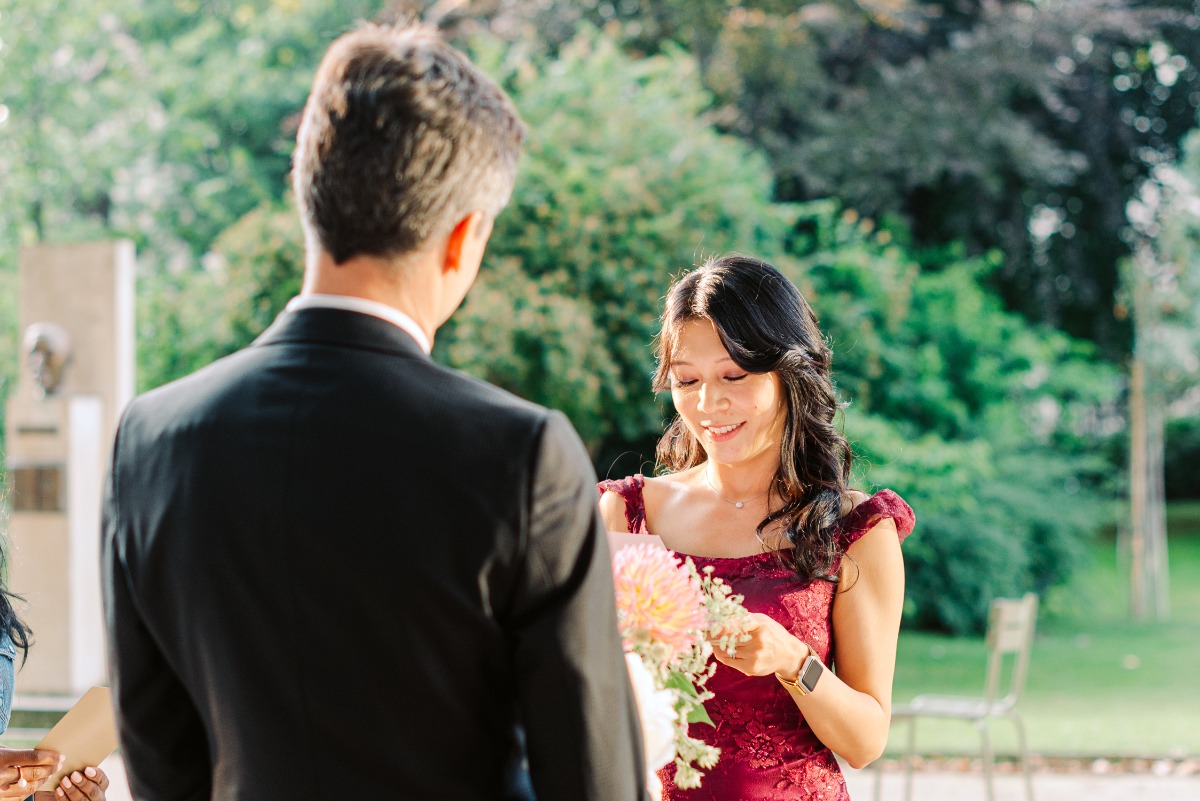