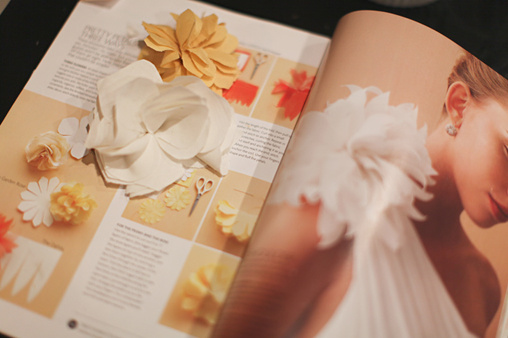 Studio 222 Photography recently started the "The Ladies of 222". Becka invited some of her brides over they would tackle a popular DIY trend in weddings and see how easy/hard it was for normal, everyday people to do. Read on to see how easy one of Martha Stewart's Wedding DIYS really is. 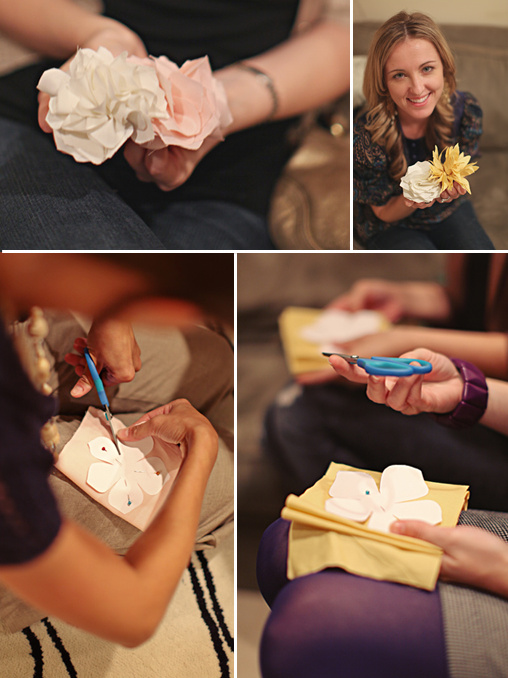 The first one we chose was the fabric flowers in the summer Martha Stewart Weddings issue. I bought all the supplies for everyone to try 2 designs and we went step by step, with the magazine in front of us trying it. We tried the rose, dahlia and peony patters and found that the dahlia was pretty tough.
It required a bit more sewing than the others and the one bride-to-be that tried it just couldn't figure it out based on the directions in the magazine. It seemed we were missing something and couldn't get it to come out right.
She eventually got it working but it took her about twice as long as the other designs.
The rose and the peony were a bit simpler and we all decided that they were the easiest to do and had the most successful turnout although sewing them was really hard by hand because the fabric ends up being really thick once folded at the base to make the flower.
We broke one needle and bend another! :) We also decided the the peony looked more like a gardenia and the rose more like a carnation but that might have been because we used less layers of fabric than they did in the magazine to save time cutting. In the end the brides decided that they all turned out cute enough to wear and even discussed making more as gifts in the future. 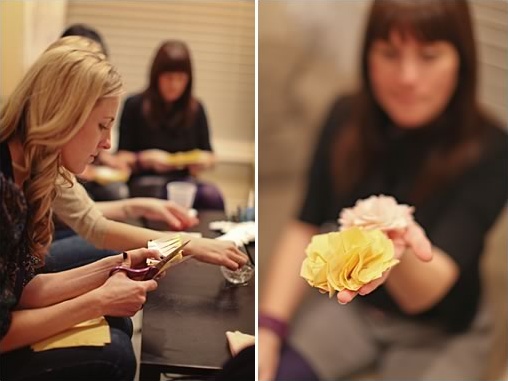 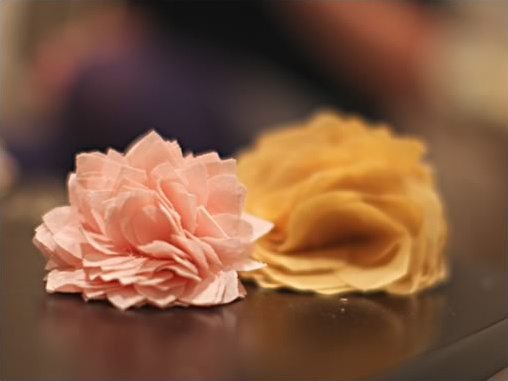 To top it off they had little snacks homemade cheesecake bits (from the recipe on Bakerella.com), dips, Caresse kabobs, and pomegranate soda with pomegranate seeds in the ice cubes. Thanks so much for sharing this with us Studio 222. 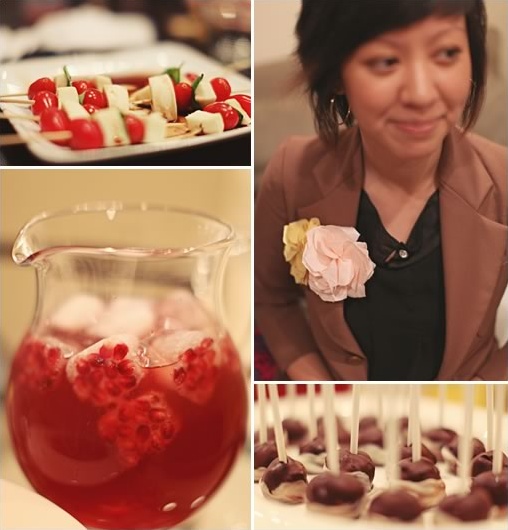